South African Brandon Stone has won the Scottish Open by four strokes as Scott Hend missed a golden opportunity to qualify for The Open Championship.

Hend, who went into the final day a shot off the lead, fell short on Sunday.

The 44-year-old Queenslander had two birdies and two bogeys in his final round of even-par 70.

Hend slipped to tied-14th place, just three shots off a possible qualifying berth at The Open.

Stone was poised to become the first man to shoot 59 on the European Tour but he could not convert a short birdie putt at the final hole at Gullane Golf Club east of Edinburgh on Sunday.

But a 10-under-par 60 was more than enough to secure his third victory on the Tour and his first outside his home country.

He finished at 20-under 260, four clear of Englishman Eddie Pepperell who carded a final-round 64.

"A day when you shoot 60 and win the Scottish Open is something I'm going to hold dear to my heart for a very long time," Stone said. 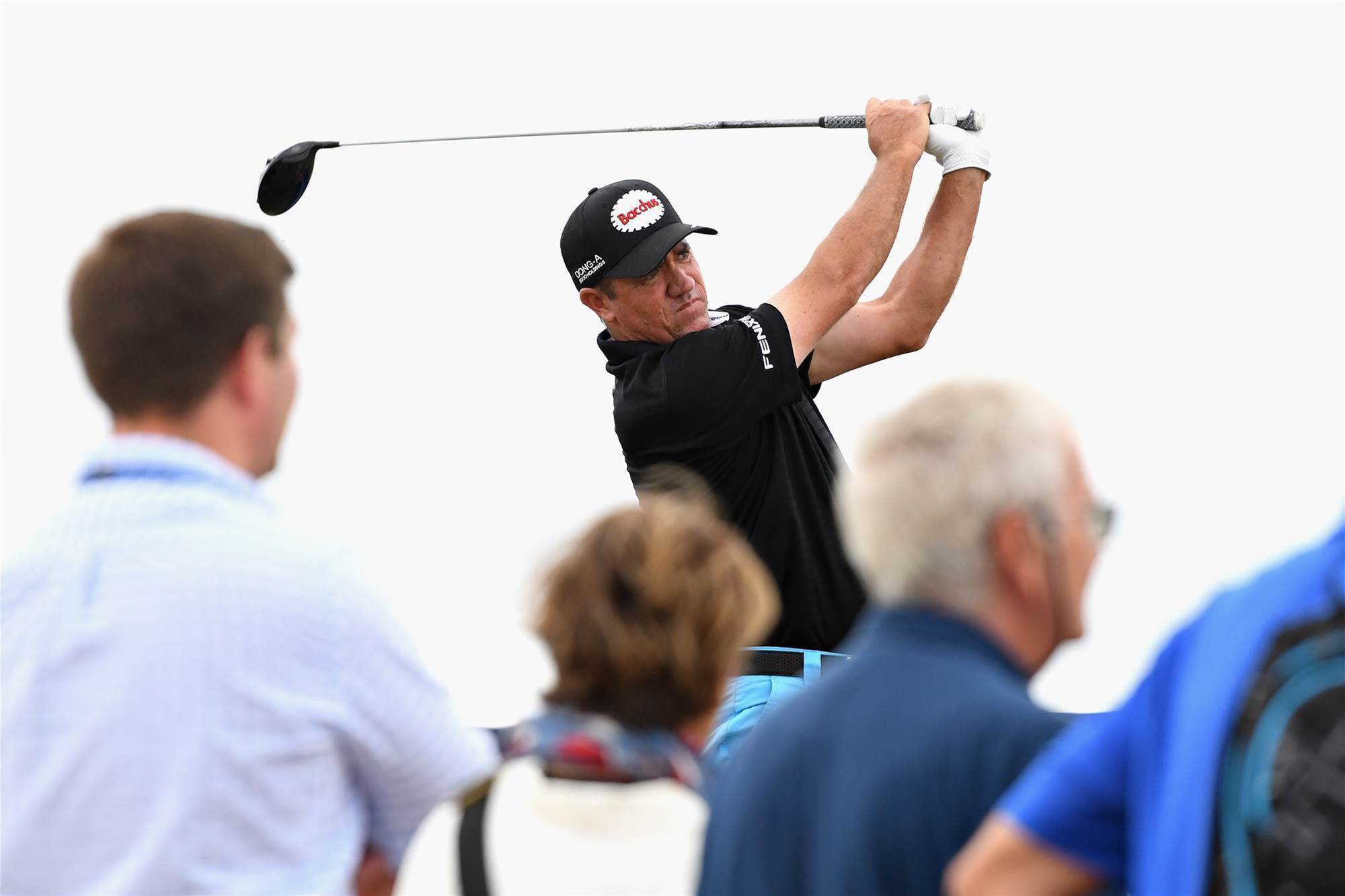 Stone and Pepperell secured late exemptions into The Open starting at Carnoustie on Thursday.

Overnight leader Jens Dantorp of Sweden clinched the third Open berth up for grabs when he tied for third on 15-under with South African Trevor Immelman and American Luke List.

Rickie Fowler, the champion the last time the Scottish Open was staged at Gullane in 2015, shot 68 and finished in a three-way tie for sixth place.

Stone's final margin on another day of low scoring on the bone-dry links course disguised the close battle for most of the final round, with the winner only breaking clear when he sank a 30-foot putt to eagle the par-5 16th.

History beckoned when he stuck his approach to about eight feet at the last.

He let his caddie read the line but his putt for 59 broke left to narrowly miss the hole, leaving Stone in the unusual position of looking dejected despite his dominant performance.

"I rolled it over his mark but he did criticise my pace, so he is probably right," Stone said.

"Didn't hold its line but we'll take it."

It was the 19th round of 60 in European Tour history.