Don’t feel bad if you’ve never heard of Jodi Ewart Shadoff or Wei-Ling Hsu. Neither of them have won on the LPGA Tour ... Yet.

Ewart Shadoff and Wei-Ling Hsu currently co-lead the ISPS Handa Women’s Australian Open as many of the bigger names – like World No.1 Ariya Jutanugarn (76) and major champion Pernilla Lindberg (78) – failed to fire in what were, for the most part, optimal scoring conditions at The Grange.

Thirty-one-year-old Ewart Shadoff – who has played on the LPGA Tour since 2011 and collected 17 top-10s – did quite the opposite as she carded a flawless seven-under 65.

“I played really steady today,” said the World No.59 Englishwoman, who played the Women’s World Amateur Team Championship at The Grange in 2008.

“It was perfect conditions this morning … So I hit some really close shots and holed some good putts.”

Just as Ewart Shadoff was tucking into some lunch, Wei-Ling Hsu of Taiwan was bogeying the 3rd hole.

But the 24-year-old rallied and reeled off three birdies in four holes to make the turn at two-under par.

The best was yet to come, however.

Wei-Ling Hsu, who has posted six career top-10s on the LPGA Tour since 2015, rolled in another four birdies before her approach into the 16th green found sand. 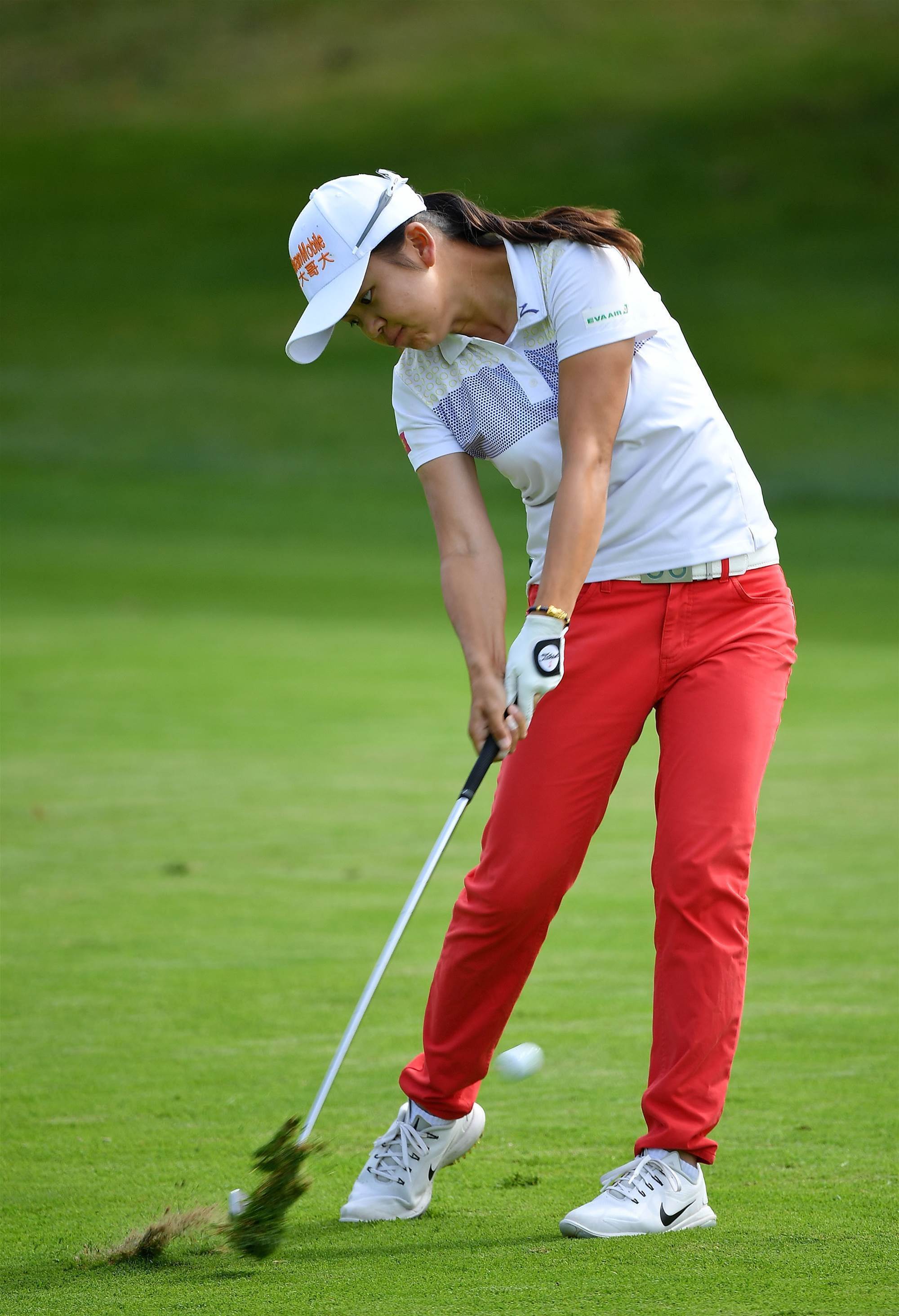 The World No.69 calmly assessed the situation, read the green as though she were putting and then flew her ball 10 feet and watched as it slowly trickled into the cup for yet another birdie.

RIGHT: Wei-Ling Hsu fired eight birdies on her way to seven-under 65 in the opening round of the Women’s Australian Open. PHOTO: Stuart Franklin/Getty Images.

“Everything today was just perfect,” said Wei-Ling Hsu, who missed the cut the last time this tournament was held at The Grange in 2016.

“Inside, I would say, maybe eight feet, I holed out everything. So, I definitely say putting is the key.”

While names like Jutanugarn and Lindberg didn’t thrill the galleries today, Karrie Webb wound back the clock and shot six birdies to sign for five-under 67 and share third place.

“I got off to a really great start early this morning … The sun came out, started to warm up and so did the crowds … It’s good to see so many people.”

Joining Webb in third is Bronte Law of England and Madeline Sagstrom of Sweden.

“I just wanted to make sure that I was at least under par today and I really had the putter rolling,” said Green, who finished third in this championship last year.

“It was nice to see some long putts go in and also be pretty good with my short putts as well.”