The US PGA Championship is headed back to Southern Hills next year, the Oklahoma course that gets its eighth major championship earlier than expected after the PGA of America cut ties with former US president Donald Trump.

Southern Hills was not scheduled to host the US PGA Championship until 2030.

The club was announced on Monday as the host, which means it will get back-to-back big events starting with the Senior PGA Championship this May.

The 2022 US PGA Championship originally was to be played at Trump National in Bedminster, New Jersey. The PGA voted to terminate that contract, signed in 2014, after the Trump-fuelled riot at the US Capitol on January 6 as Congress was certifying the election victory of president Joe Biden.

"We think Southern Hills is a wonderful golf course. It always has been." – Kerry Haigh, PGA of America

"All of these are important factors when we're less than 16 months away from playing. And we think Southern Hills is a wonderful golf course. It always has been."

It was the second time since Trump entered politics that the PGA of America left one of his courses. They mutually agreed to cancel the PGA Grand Slam of Golf at Trump National LA in 2015 after Trump announced his candidacy.

Southern Hills previously hosted the US PGA Championship in 1970, 1982, 1994 and most recently in 2007, when Tiger Woods won his 13th major – and fourth US PGA title – with a two-shot victory over Woody Austin.

The US PGA Championship this year will be at Kiawah Island in South Carolina, which last hosted the major in 2012 when Rory McIlroy won by eight shots. 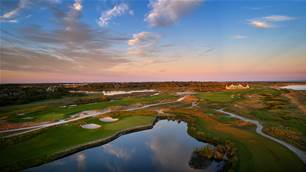 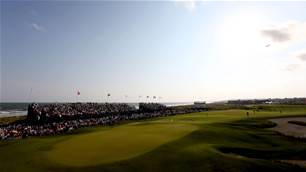 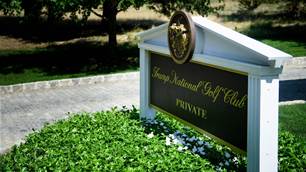