After a week with three wins and eight top-10s, our so-called experts are ready for Masters week. Here are the tips for the winner, top Aussie and an outsider for the week. There is a lot to be said for the theory ‘horses for courses’. Tiger Woods’ list of career victories, for example, includes multiple victories on the same course, like Augusta, Firestone, Bay Hill and Torrey Pines.

JORDAN SPIETH is another player that takes his game to another level on courses he is not only familiar with but also suit his eye. Now that his game is seemingly back on track I can’t jump off the Spieth-train having tipped him last week.

As was the case in 2015 when he won at Augusta, his form is peaking at the right time. His game is not quite where it was six years ago but he has enough talent to get deep into double digits under par this week, especially on what is being described as a firm and fast course set up.

There is a big part of me hoping that Rory McIlroy and Pete Cowen have worked things out and he finally gets over the line here this week, but without much to go on, I am going with the World No.1 and defending champion DUSTIN JOHNSON.

Johnson was slowly improving at Augusta in every start before he unlocked the key in November, and despite conditions that are vastly different to last year I think he will join the elite back-to-back Masters winners club.

Johnson’s lead-in form has been steady if not brilliant, however, he has a game so well suited to Augusta, and firm and fast conditions should actually suit him very well. So far he has looked exceptionally relaxed this week, a factor that always helps here.

The Players champ arrives in terrific form, he’s strong from tee-to-green and is leading the PGA Tour for putts per green in regulation.

So many storylines and potential winners it’s hard to narrow it down to just one but here goes: JON RAHM.

Now admittedly, this pick could go either way as the new dad will have his attention somewhat divided between the Augusta National greens and goings on at home. That could mean disaster or delight but given the Spaniard’s penchant for letting his temper get in the way of his talent at times I think it could just work for him this week.

Three top 10 finishes in four career starts suggest the course 'suits his eye' and at an Augusta National likely playing firm and fast it will take equal amounts creativity and patience to don the jacket Sunday. It is only the latter which has been a barrier for Rahm in the past but with the perspective of a new dad and the calm that comes with it I’m thinking it will be his week. With his runner up finish at Augusta just five months ago, many will be pinning Australia’s hope on Cameron Smith. And rightly so.

But the course this week will be playing much firmer and faster than it did in November, which equates to smaller margins for error right across the layout. Experience will be key this week, which suggests to me that ADAM SCOTT will be our best chance to claim the green jacket.

The Queenslander has more Masters rounds under his belt than most players in the field, and has plenty of intel on how the course plays in all conditions. Scott will be among the leaders chasing the green jacket when he heads into the back nine on Sunday.

ADAM SCOTT very nearly got the nod for my main tip, so it makes perfect sense to slot him in here.

Scott loves Augusta National and The Masters like few others, and is determined to add another major to his CV before he hangs up his FootJoys and it could very well happen this week.

His record here over the past few years doesn’t read exceptionally well, and his recent form is nothing to get too excited over, but this is The Masters and he has found himself in the mix through the early rounds in recent years, particularly in 2019, so it would be no surprise to see his name high on the leaderboard on Sunday.

RELATED: The best images from day one

I don’t think there’s any doubt that Cam Smith will be right in the thick of things again this year. Nevertheless, JASON DAY has my money for top Aussie.

The former World No.1 owns four top-10s at the Masters, says his body is feeling great and believes he has his mojo back with the putter. That’s good enough for me.

This could be a closely contested honour this year with four of the five Australians in the field boasting impressive records at Augusta National but the smart money is again on CAMERON SMITH.

The Queenslander’s magical short game and wedge play will always hold him in good stead around Augusta and his T2 result in November will still be fresh in his mind. In four starts he has two top fives and two mid 50’s finishes but one gets the sense the latter are likely to be a thing of the past.

Of the other four Australians – Matt Jones, Marc Leishman, Jason Day and Adam Scott – only Jones is without a top five to his name, his only start here resulting in a missed cut in 2014. Making his 20th Masters appearance this week is arguably he game’s best player not have won a major, LEE WESTWOOD.

Of those 20 starts, the Englishman is notched up five top-10s including two runner-up finishes. His form thus far in 2021 has been terrific – runner up at The Players and Bay Hill – and with his son, Sam, on the bag at Augusta a Westwood victory could be one of the great Masters stories.

There is plenty of value bets in the field this year, but the one that caught my eye is LOUIS OOSTHUIZEN at $81.

The South African lost here in a play-off in 2012 to Bubba Watson, has a recent top-10 at the difficult WGC event held at The Concession, and was third at the U.S. Open last year.

All that suggests to me that he is a great value option and a player who bobs up regularly here, with a game suited perfectly for the firm and fast conditions that are being reported this week.

RELATED: How Augusta National could be better

JUSTIN ROSE has only played six events since sharing 23rd place at Augusta last November. But the Englishman – who is currently paying $67 – owns two runner-up finishes at the Masters (2015 & 2017) and three additional top-10s.

Rose was runner-up to Dustin Johnson at the Saudi International in February to suggest his game is thereabouts. My only concern is that he withdrew from the Arnold Palmer Invitational in March due to back spasms.

He impressed at the recent WGC-Match Play and has won at St Andrews so the style of golf at Augusta won’t be completely foreign to VICTOR PEREZ.

He made the cut in his only appearance here in November and recent form included a top five in Saudi Arabia in February. An impressive swinger of the club the Frenchman – who now resides in Scotland – looks to have all the necessary attributes to be a top 20 player in the world and if you’re good enough to do that your good enough to be a chance at The Masters.

So far our so-called experts have combined to tip EIGHT winners in 2021, with 51 of their picks recording top-10 finishes that week and a best return of $61 for Max Homa to win the Genesis Invitational (tipped by Rod Morri). 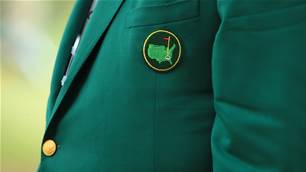