Cameron Smith is no stranger to massive galleries but in the first two rounds of this week’s PGA Championship at Southern Hills in Oklahoma the World No.1 will be thrust onto the periphery of Tigermania.

The 28-year-old played in the group in front of Tiger Woods on Thursday and Friday at The Masters last month – where he said he felt like a fan at times watching Woods – and the organisers have once again kept him close to the 15-time major champion as this time around Smith will be in a featured group behind Woods, Jordan Spieth and Rory McIlroy.

“I think there can be a lot of external noise especially with crowds and just a lot more moving parts I guess. So yeah, just another thing to really think about,” Smith said.

“I wouldn't say I change anything. Just probably make sure, you know, spend a little bit more time worrying about what's happening outside to make sure when you're inside, inside that shot, everything's perfect.”

Smith’s ability to block out the distractions and remain focused is set to be bolstered this week by a combination of rest and work with his trainer and psychologist in the build-up to learn from past mistakes at this event – the only major where he is yet to register a top-20 finish.

“Yeah, I think the PGA is probably the one that I've struggled with the most. It's typically set up, very demanding off the tee,” Smith said.

“I don't think that's really been my strong suit out here ever. A lot of work the last week on the driver. Trying to get it straight rather than trying to get a little bit more distance out of it. Yeah, just more opportunities from the fairway I think is what I need, especially around here. The rough can be pretty penal.

“I think the course has got a good mix with long and short holes. I think it's going to be quite windy, so there might be a few other woods or longer irons off the tee. It's a bit of a thinker's golf course around here. I really like it.” 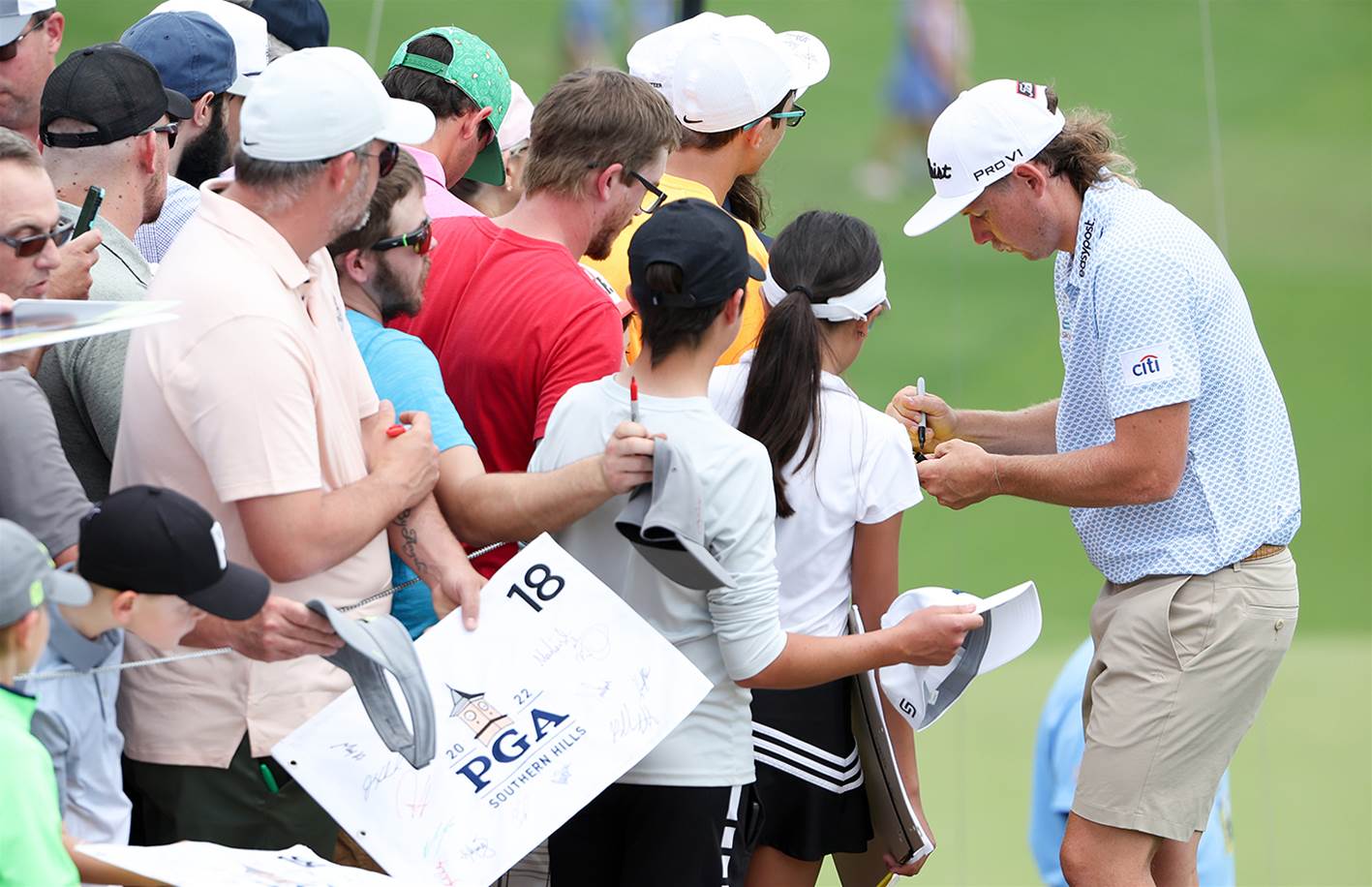 Smith signs autographs for fans at the PGA after his day two practice round. PHOTO: Getty Images.

The Queenslander began plotting his way around the course – which last hosted this major championship in 2007 when Woods lifted the Wanamaker Trophy in stifling heat – earlier in the week and was quickly reminded of home.

“I played nine holes yesterday afternoon and played all 18 this morning. I think the golf course is great. I think it's going to be a really good test. I love the surrounds of the greens rolling off, same slopes of golf we play back in Australia,” Smith said.

“I like that the grass is a little bit longer around the greens. I think some guys that aren't really good around the greens get away with putting a lot, so I think that will test them that way this week.”

Adam Scott will also be in a featured group this week playing with fellow major champions Shane Lowry and Brooks Koepka, while Lucas Herbert, Marc Leishman, Min Woo Lee, Matt Jones, Cam Davis and winner of the 2015 PGA Championship Jason Day round out the Australian contingent.

Gallery: PGA Championship Round One