In-form West Australian Jason Scrivener has shot to the top of the leaderboard midway through day two of the men's Vic Open.

The 29-year-old carded a bogey-free six-under 66 on Friday to move to 14-under, two shots clear of countryman Matt Jager.

After recording three top-10 finishes in his past four European Tour events – including a tie for seventh at the Dubai Desert Classic in late January – Scrivener was one of the pre-tournament favourites at 13th Beach.

"Any time your game is in a good place and you're constantly making cuts and putting yourself in contention it's good for the confidence," he said.

"I just think that over the last 12 months I've made some big improvements on my game and just steadily progressed over the last couple of years.

"I feel like it's in a good position and I just want to give myself more chances to win tournaments."

The $1.5 million men's Vic Open is being co-sanctioned by the European Tour for the first time in 2019.

Scrivener won his first professional title at the 2017 NSW Open and has now put himself in the ideal position to challenge for the Vic Open crown over the weekend.

"There's a long way to go and there are a lot of good players here," he said.

"I definitely feel like I've been knocking on the door and the more chances I give myself the better."

Jager had a second successive 66 on Friday to be at 12-under, one stroke ahead of third-placed Scotsman David Law.

Overnight leader Nick Flanagan had a late tee-time on Friday, as did his housemate James Nitties, who shot a world record-equalling nine straight birdies in the opening round. 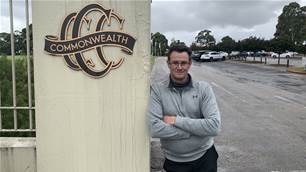 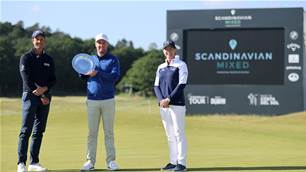