Adam Scott admits the BMW Championship is the biggest free pass he has had in his 20-year career and has promised to swing for the fences as he seeks to end a three-year winless drought.

Scott signalled a return to form with a fifth-place result at last week's Northern Trust event in New Jersey, which locked up a spot at next week's Tour Championship.

The BMW Championship in Chicago, Illinois, is the second of the PGA Tour's three-tournament Playoffs and will determine the top 30 who qualify for the finale in Atlanta, Georgia.

Combined with the fact the BMW has no 36-hole cut, Scott says he is playing with house money at Medinah Country Club.

Winless worldwide since March 2016, former World No.1 Scott has vowed to "absolutely have a crack".

"It's rare we play with this kind of freedom," Scott told AAP. "There hasn't really been a tournament where there was no downside to being really aggressive; not that I can remember.

"It's a completely free week. I can absolutely go for it; just attack and see what happens."

The aggressive game plan will involve Scott relying on his world-class ball-striking to take dead aim at as many pins as he can at the 7,600-yard Medinah.

Scott finished third behind winner Tiger Woods at the 2006 US PGA Championship held at Medinah.

"It is good track for me; it's a bit of paradise for long hitters," Scott said.

"Not that I'm putting myself in the longest hitters category, but I can get it out there.

"Long golf shots are good for me."

Scott said he is certainly feeling up for the challenge having contended on Sunday last week, which restarted the solid form he had enjoyed this year.

The Queenslander was on a roll – with two runner-ups and three other top 10s this year – before he hit a wall with a missed cut at The Open and a mediocre finish at the WGC Memphis.

"I like the way I played in New Jersey," he said.

"It was back to where I was seeing my game throughout this year; feeling like I can contend in every event I teed up." 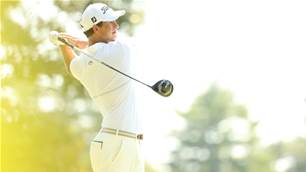 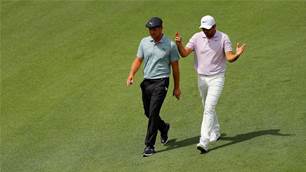