He knows the clock's ticking but Adam Scott still harbours the highest of ambitions as he steels himself for the most exciting stretch of the PGA Tour season.

Had it not been for three rescheduled majors either side of the FedExCup Playoffs getting underway on Friday morning, Scott wouldn't have upped and left Australia to return for the showpiece $US60 million finals.

But the lure of an elusive second career major – and hopefully more – was too much for the former World No.1 to ignore.

"I never really had Jack Nicklaus's major record pinned up on my boardroom wall or anything but I always felt like a real legend of the game was a five-time major champion," Scott said before the first round of The Northern Trust at Boston TPC.

"I still feel that's relevant, and that's not to take anything away from players who have won multiple majors and had incredible careers.

"But there can only be so many legends of the game. You have to draw the line somewhere and that's what I think about in my head and my goals and I feel like I want to win multiple majors.

"Yeah, five still seems pretty clear to me. That's a pretty tough goal. I only have a few years to do it but I still think something like that would be fantastic."

Scott knows the best lead-in to next month's US Open and then The Masters in November would be a run at Tour Championship glory.

"I never really had Jack Nicklaus's major record pinned up on my boardroom wall or anything but I always felt like a real legend of the game was a five-time major champion." - Adam Scott

And where better to start than Boston, where he's had five top-10 finishes since landing his maiden PGA Tour victory on the course back in 2003.

"Fond memories to be here and I have good vibes," said the 2013 Masters champion.

A philosophical Scott revealed one small regret when asked what advice he'd have given the 23-year-old version of himself after that Boston breakthrough.

"I would have told myself to kind of come up with a strategy to block out exactly what Tiger was doing in making us all feel slightly inferior to him," he said.

"I liked a lot of the things (I) did at the time. Was on a good path, and I had some success soon after, as well. I won the Players Championship about five months after I won here, so I was doing things well.

"Then it gets a little tricky. I was kind of on that rise up as being a young pro, but then once you kind of get near the top-10 in the world, it's a real different level to maintain and push all the way up there and, looking back on it now, it's hard to remember exactly the influence and attention and intimidation that Tiger drew to golf tournaments.

"But it was significant to every player that was out here." 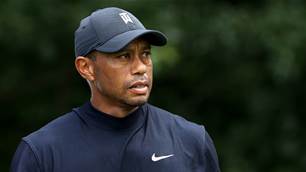 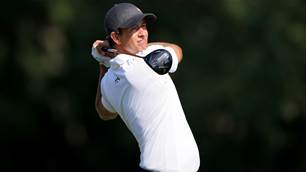 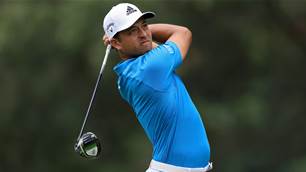