The last time Adam Scott played a US Open at Torrey Pines, his name was well and truly up in lights.

This time he's fine with flying under the radar as the 40-year-old continues his seemingly endless pursuit of an elusive second career major.

Scott enters the US Open ranked 43rd in the world, without a US Tour win in more than a year and coming off a missed cut at last month's US PGA Championship.

It's a far cry from when Scott teed off with Tiger Woods and Phil Mickelson at Torrey Pines in 2008 as officials grouped the world's top three golfers at the US Open for the first time.

"It was a great atmosphere. It is really one of the strong memories of my career away from winning tournaments. Being on that first tee in that environment was amazing," Scott recalled.

"On Thursday morning I remember looking down the hole thinking there must have been at least 20,000 people there and it was wild."

The one-time World No.1 will tee off on Friday morning with fellow former Masters champions Sergio Garcia and Bubba Watson in an eye-catching pairing for this year's first round.

Scott, though, is also hardly among the favourites having not contended at a major since finishing third behind Brooks Koepka and Woods at the 2018 US PGA Championship at Bellerive.

"I certainly was disappointed at the PGA. I've worked hard the last month or so to kind of get myself in a place where I believe I can contend and win this major." – Adam Scott

But the Australian still believes he can be a factor at Torrey Pines after ironing out some chinks from Kiawah Island.

"I certainly was disappointed at the PGA. I've worked hard the last month or so to kind of get myself in a place where I believe I can contend and win this major," Scott said.

"I actually feel like coming off Memorial (two weeks ago) I did some nice work here in southern California on the game last week, so the confidence is up from where I finished at Memorial, which is a good thing.

"Obviously the results have been few and far between, but I feel really good about where the ball-striking has kind of found itself, and that's what's been letting me down."

As ever, Scott is putting a premium on pars this major championship week.

"Scoring is going to be tough," he said.

"It's possible that you see, like often at a US Open, a big dispersion in scores.

"There's good scores out here, but you've got to be playing incredibly well tee to green."

In a move befitting of his stellar record at Torrey Pines, where he won last year's Farmers Insurance Open and has two other second places, fellow Australian Marc Leishman has been paired with Spanish superstar Jon Rahm and former Masters champion Patrick Reed for his first two rounds.

Monday qualifier Steve Allan will go out with Americans Zach Zaback and Eric Cole in his first US Open appearance since 2010.

And Brad Kennedy has the honour of being in the first group off the 10th tee in round one with South African Thomas Aiken and American Andy Pope. 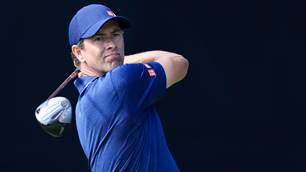 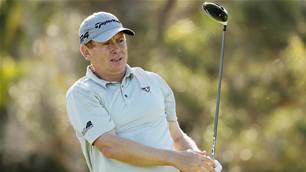