Adam Scott has made a stylish return to Kapalua to be in the mix after the first round of the PGA Tour's Tournament of Champions.

Playing the event for the first time since 2014, Scott compiled a bogey-free round of five-under-par 68 to trail American leaders Justin Thomas and Harris English by three shots.

Australia's former World No.1 closed out his round with a birdie, having also steadily picked up shots on the 5th, 9th, 12th and 15th holes to finish the day in a tie for ninth.

Countrymen Marc Leishman and Cameron Smith both carded three-under 69s to be in a share off 22nd spot.

Thomas kept bogeys off his card, thanks in part to Dustin Johnson's caddie, and birdied three of his last five holes for an eight-under 65.

Thomas couldn't have asked for a better start in his bid to become the first back-to-back winner at Kapalua since 2010. 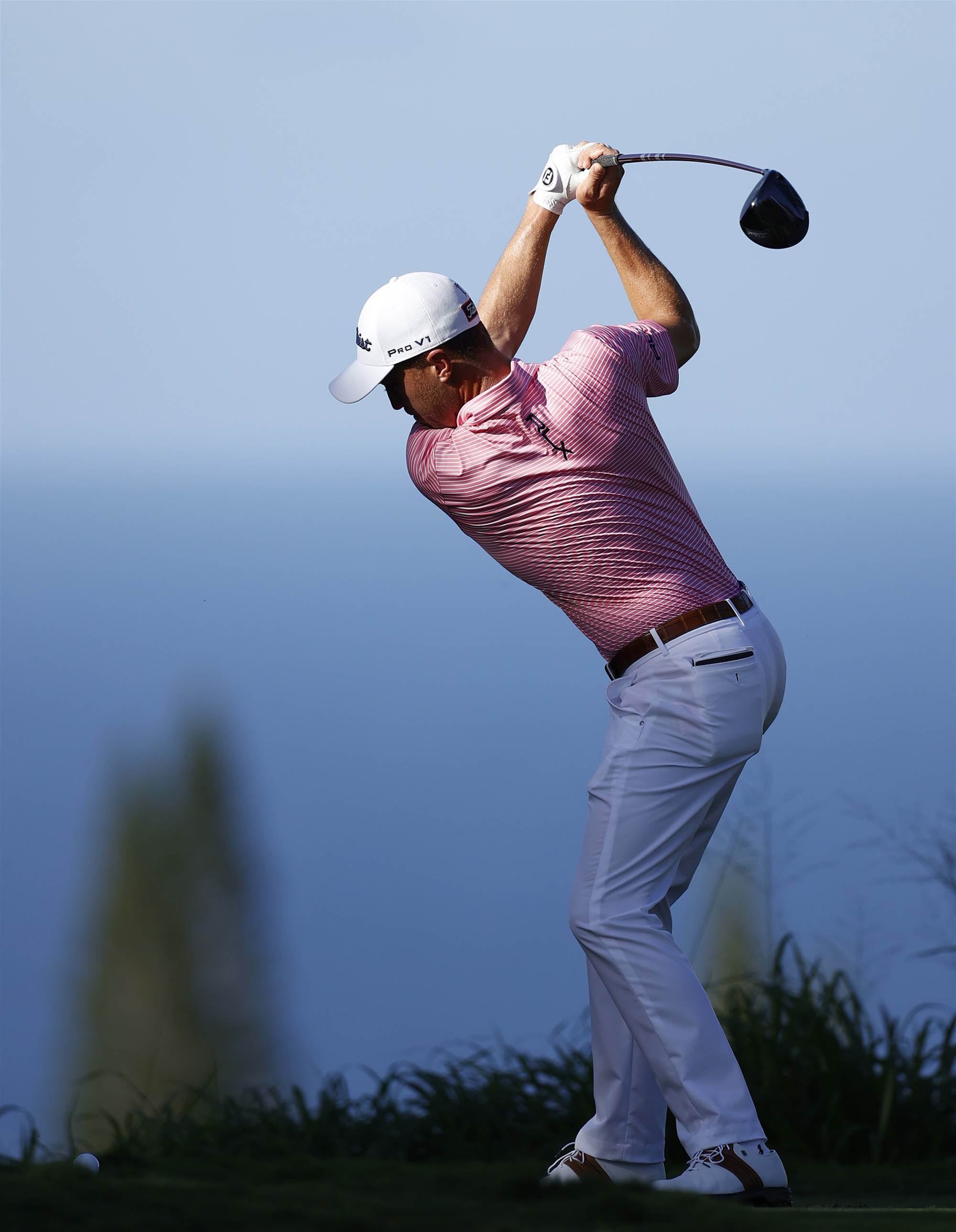 On a gorgeous afternoon on the western edge of Maui, he birdied three straight holes to finish the front nine and took advantage of the scoring holes on the back nine.

But it was the 13th hole where Thomas got his biggest break.

He sent his drive well to the right into the deep native grasses, expecting it never to be found. He hit a provisional, and the group made a cursory search when Austin Johnson found it by stepping on it.

The ball was replaced to its original spot – only about a half-turn – and Thomas hacked out sideways, put it on the green and rolled in a par putt from just inside 40 feet.

A two-putt birdie on the par-5 18th tied him with English, whose 65 was highlighted by pitching in for eagle on No.9.

Unlike the wind that was ripping across the Plantation Course earlier in the week as the players arrived, it was relatively calm by Kapalua standards and it showed in the scoring. Only two players in the 42-man field were over par.

Sergio Garcia, playing at Kapalua for the first time in 15 years, and Patrick Reed were among those at six-under 67.

Johnson, making his first start since winning the Masters in November, showed some rust on the greens. He had good birdie looks on the final six holes and didn't make any of them, settling for a two-under 71.

The tournament features more than just PGA Tour winners for the first time. Because of the COVID-19 pandemic that shut down golf for three months, the field includes anyone who made it to the Tour Championship. 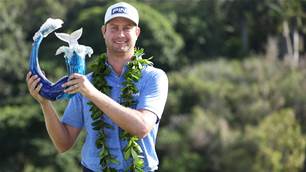