On the cusp of becoming the first Australian to earn US$50 million in career prizemoney on the PGA Tour, Adam Scott has made a significant putting change he feels could ignite a return to top form.

Playing the Farmers Insurance Open at Torrey Pines for the first time, Scott will debut an arm-lock putting grip that has been used by American stars Bryson DeChambeau and Matt Kuchar to win multiple PGA Tour titles during the past year.

Recent PGA Tour winners Webb Simpson and Keegan Bradley also use the technique, which involves using a longer putter and resting it against the forearm of the lead arm.

Although he is regarded as a world-class ball-striker, Scott's past three seasons on the PGA Tour have delivered lowly rankings of 165th, 89th and 129th in the strokes gained in putting measurement.

Without a win in almost three years, former World No.1 Scott is excited by what he has seen so far with the method.

"I've only used it three days but it promotes a stable, solid feeling which gives you confidence and freedom in the stroke" Scott said at Torrey Pines.

"My first putt on a golf course with it was a 35-footer breaking left-to-right and it went in.

"Kuchar is a really good putter and so is Bryson. Webb putted amazing last year, particularly (when he won) the Players Championship.

"Those guys do it well and they're considered good putters." 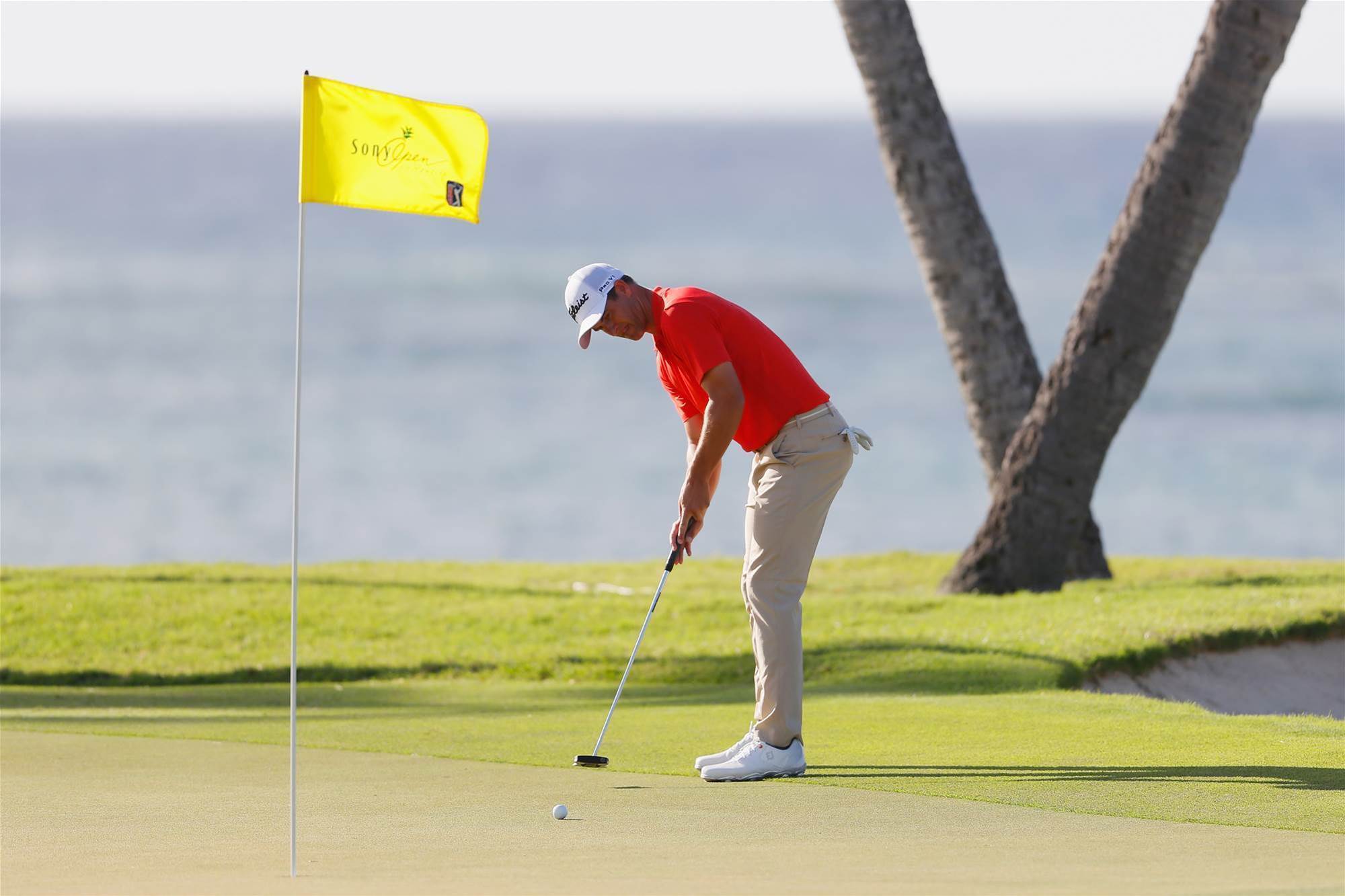 Scott has been tinkering with his putting stroke in the lead up to his return to Torrey Pines. PHOTO: Kevin C. Cox/Getty Images.

World No.42 Scott is making his Farmers Insurance Open debut, having only played the South course at California's famed Torrey Pines during the 2008 US Open.

"(Career prizemoney) is irrelevant in the grand scheme, but pretty amazing what golf has come to in terms of opportunities," Scott told AAP.

"Just playing professional golf has been unbelievable because it has opened the whole world up to me.

"I know how lucky I am to have played in the era I'm in, but you cannot take it as a benchmark of great a player."

Only Tiger Woods, Phil Mickelson, Vijay Singh, Jim Furyk and Dustin Johnson have cracked the $50 million mark, while current World No.1 Justin Rose is close and Scott sits just behind them in seventh on the all-time list.

The 38-year-old Scott would need to finish outright second at Torrey Pines to accomplish it this week.

The PGA Tour's all-time career prizemoney list does not include bonuses such as the FedEx Cup series.