The natural order was restored – kind of – as Masters week began under an azure April sky in front of appreciative spectators at Augusta National on Monday.

Five months after a unique November Masters that was staged with virtually no spectators due to coronavirus concerns, a limited gallery of a few thousand has been allowed onto the hallowed grounds this week.

Perhaps about 7,000 fans were on hand, barely 15 percent of the crush normally allowed for practice rounds, but it made for an idyllic viewing experience for those lucky or well-connected enough to get through the gates.

While there are no grandstands, the pink azaleas and white dogwoods that provide such a pretty spring backdrop to famed Amen Corner are a familiar sight, even if the former are already fading from the dazzling pink of full bloom.

Players are certainly enjoying having patrons around, and even more so looking forward to hearing some roars echo through the whistling Georgia pines come Thursday's first round.

Among them is 2013 champion Adam Scott, who enjoyed a practice round on Monday with fellow Australian and last year's runner-up Cameron Smith.

"Even though there are a lot of people, it's just amazing how many people this place can hold at a capacity because it still felt like not that many people," Scott told Reuters.

"More than anything it's going to be nice Thursday through Sunday to see people out at the golf course." – Adam Scott

"More than anything it's going to be nice Thursday through Sunday to see people out at the golf course."

"It's so refreshing," he told reporters.

"Everyone is way more interactive and polite ... It just is a great atmosphere."

There were plenty of big names for the fans to watch, including defending champion Dustin Johnson and perennial fancy Rory McIlroy.

They played the front nine together, before Johnson departed for the range, leaving McIlroy to play the back nine alone, followed by a couple of hundred spectators.

McIlroy, who recently began working with instructor Pete Cowen, carved his drive at the long par-4 11th into the pines, before reloading and hitting a bullet right down the middle.

"That's sort of like Pete said, just get it in position and then turn," McIlroy said to his caddie after his second drive, seemingly sound advice that sometimes is easier said than done. 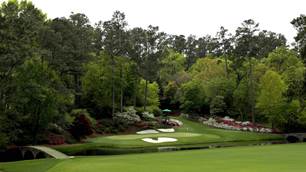 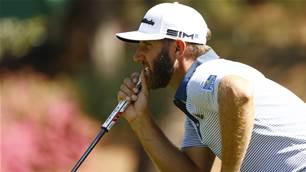