Justin Rose is reigning Olympic champion, a major winner and currently the world's fourth-best golfer but England's Cricket World Cup triumph means there is only one sport being played in his back garden.

The Englishman's 10-year-old son Leo has been gripped by recent events so Rose has found himself pressed into action as a bowler away from Royal Portrush ahead of The Open.

"My little boy has suddenly gone cricket mad after the World Cup," said the Englishman, explaining how he has been spending some downtime in Northern Ireland.

"He's in the garden until the sun goes down. He says 'Dad, can you bowl a few at me'? That kind of thing.

Asked whether the ambition was to play well enough this week to get Leo to pick up a golf club instead of a cricket bat, Rose added: "That would be nice for sure, although it's proved quite difficult, to be honest."

The Englishman has taken the whole month off after the US Open in order to prepare for a fourth major in as many months after the schedule was rearranged this year to bring the US PGA forward to May.

"If you're trying to compare one career to another career, Jack versus Tiger, it's the majors that are the benchmarks. For them to be tweaked so much I think is quite interesting at this point." – Justin Rose

The 2013 US Open champion is not a fan of the change, which he thinks gives little time to rest and recover for the next big event.

"This is unchartered territory for me to take time off between majors, for sure," he added.

"I think we're all trying to adapt to this new rhythm of the majors.

"One major a month really, in my opinion, they're too soon.

"For me a major championship should be the things that are protected the most. That's how all of our careers ultimately are going to be measured.

"If you're trying to compare one career to another career, Jack versus Tiger, it's the majors that are the benchmarks.

"For them to be tweaked so much I think is quite interesting at this point."

He is hoping, however, the break will have recharged the batteries enough for him to be able to play with the same sort of freedom which saw him record his best Open finish 12 months ago at Carnoustie. 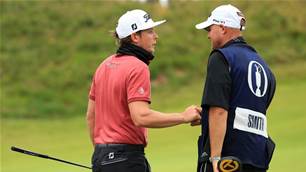