A rejuvenated Scott Vincent of Zimbabwe will resume his bid for an Asian Tour breakthrough when he steps up to the tee at the US$300,000 Sarawak Championship, which starts on Thursday.

Fresh off a well-deserved break with his family at home, the 27-year-old Vincent is eager to launch another title assault at the Damai Golf and Country Club, where he enjoyed a tied-seventh place finish in the inaugural edition last year.

"I have had a nice break this last month so I’m looking forward to sharpening my game at the course this week," Vincent said.

"I remember the scores being low last year so it will take some good golf to compete."

Placed ninth on the Order of Merit, Vincent will also be eyeing a fine showing to boost his rankings as he aims to move inside the top-four by October 21, which is the qualifying cut-off for the prestigious World Golf Championships-HSBC Champions. Vincent will feature in the 156-man field alongside Thailand’s rising star Jazz Janewattananond and Queenslander Scott Hend, who are placed first and second respectively on the Asian Tour Order of Merit.

Danthai Boonma of Thailand and India’s Khalin Joshi will both be looking to turn their seasons around on the Asian Tour with a good result at the full-field Asian Tour event, which will be the Tour’s second stop in Malaysia this season.

A total of 156 players from 22 countries will be vying for top honours at the Sarawak Championship, which returns to the Asian Tour for its second edition this week and is supported by the Sarawak State government.

Other notable players in the field include American Micah Lauren Shin, India’s Shiv Kapur, Thailand’s Prayad Marksaeng, Prom Meesawat and Sadom Kaewkanjana, who became the first-ever rookie to win in his first start on Tour at the Bangabandhu Cup Golf Open in April. 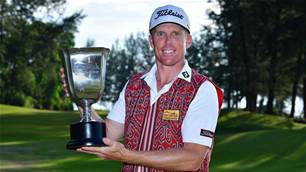 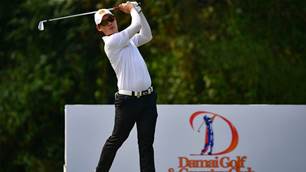