Nino Bertasio shot a 10-under 61 for the lowest European Tour round of his career to take a four-shot lead after the first round of the Portugal Masters.

The Italian had a bogey-free round and birdied six of the last seven holes at the Dom Pedro Victoria Golf Course on Thursday.

"I got off to a good start," Bertasio said. "I made a lot of putts on the front nine and played really solid on the back.

"Hit a few close, hit the par fives in two and the birdie on the last was a bonus. I wasn't expecting a 61, but I have been playing nicely. I putted really well today and everything clicked."

Spaniard Adri Arnaus was in second place after a 65. He also was bogey-free for the day.

"Since the start of the day I felt that things were quite on point so I took advantage of it," he said.

Malaysian Gavin Green was third after 66 that included an eagle and two bogeys.

Padraig Harrington was among the six players tied for fourth another shot back. He had four birdies in a bogey-free round.

He is seven strokes behind Bertasio and tied 10th.

The Portugal Masters is the final tournament in Europe before the tour heads to Dubai to close out the season. 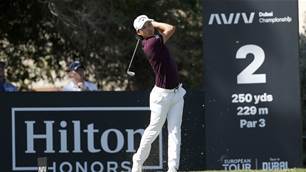 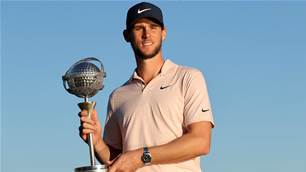 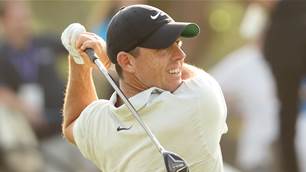