The Isuzu Queensland Open will be contested early next year.

After a wildly successful debut at Pelican Waters this year, the 2021 event will be played from March 11-14 at the same venue as part of the ISPS HANDA PGA Tour of Australasia.

And capping a great weekend on the Sunshine Coast, the national final of “Play 9” will also feature on a busy Saturday.

Queensland state manager Luke Bates said Golf Australia was delighted to enter a multi-year deal with Pelican Waters owner Palm Lake Group, which is investing heavily in the venue’s future with clubhouse renovations, planned redevelopment of the course and a new over-50s resort to be built on site.

“It was a major step for us to move such a treasured event out of Brisbane, but we had such tremendous support from everyone at Pelican Waters and Palm Lake Group and that made it a great success on the Sunshine Coast,” Bates said.

“Plus we had really positive feedback from the PGA pros who are obviously the star attraction for so many of the visitors.”

Chief among them was rising Queenslander Anthony Quayle, who not only won his state championship in a thrilling playoff, but has since become an ambassador member at Pelican Waters, where he recently helped conduct a junior event and clinic.

“I love the course and its membership who were so supportive this year when they hosted for the first time,” said Quayle, who intends to defend his title unless the Japanese Tour, of which he is a member, resumes earlier than expected.

"It’s a big deal for the club and the Sunshine Coast, so it’s something I’m really looking forward to, as is, I’m sure, everyone on the Aussie Tour.” – Anthony Quayle

“It’s a great tournament course and really suits my eye. It’s a big deal for the club and the Sunshine Coast, so it’s something I’m really looking forward to, as is, I’m sure, everyone on the Aussie Tour.”

Palm Lake Group chief executive Scott Elliott was excited by the future of both the tournament and the club.

“We are honoured to welcome back the Queensland Open again and can’t wait to celebrate the tournament, the players and visitors in 2021,” he said.

“Our capacity to host this iconic event for our beloved sport along with our growth plans in place just adds to the overall fulfilling experience – we are on the countdown now.”

“The early part of summer has obviously been hindered by the pandemic, but we have built up a strong early 2021 schedule and going to Pelican Waters is a big part of it,” Dastey said.

“Our professionals are itching to get back to tournament play and, for many, this will be hopefully be something of springboard back to other international Tours for the year, so we’d expect a really toughly fought tournament again in Queensland.” 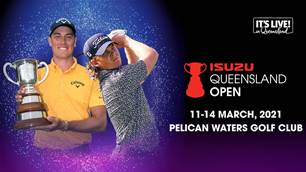 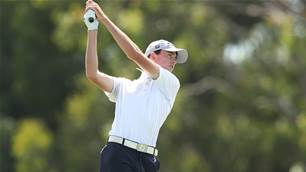