David Bransdon brushed aside an old golfers' curse to blow the Isuzu Queensland Open wide open on day one at Pelican Waters.

The veteran Victorian carded a spectacular course-record 9-under 63 on Thursday morning to grab the early lead of a tournament he has won previously – in 2015 in a playoff at Brookwater, west of Brisbane.

And in doing so, he might well have laid to rest a long-held superstition about touching the tournament's T.B. Hunter Cup in a pre-event promotion on the Sunshine Coast.

"I don't like normally doing that, because I'm old and I think it's bad luck touching it (the trophy) before you play for it," Bransdon said.

"But I've touched it before so maybe it's a good sign this week." 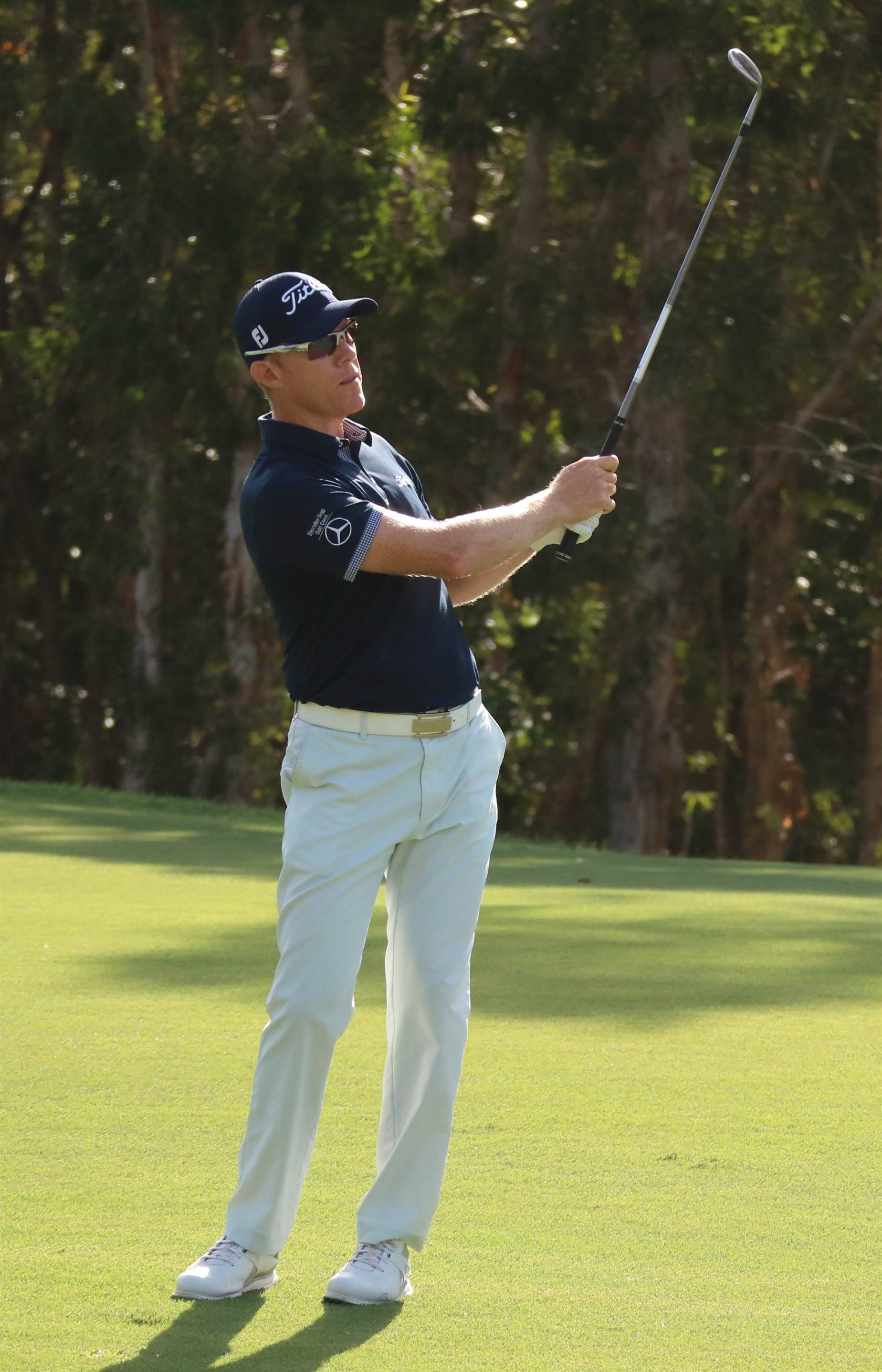 The 46-year-old admitted after his round that he thought a score between nine and 13-under might win overall this week at the Caloundra layout.

"(I didn't think) nine (under) was out there in one day," the Japan Golf Tour regular said with a cheeky grin.

"I holed a couple of nice putts early and then hit a couple in close ... the putter was pretty good all day."

RIGHT: Brad Kennedy showed no ill effects of last week's final round at the QLD PGA during a seven under opening round at Pelican Waters. PHOTO: PGA of Australia.

Having started on the 10th hole, Bransdon made consecutive birdies to start, then four more on the trot from the 13th to sit 6-under through seven holes and have organisers scurrying for the record books.

Things cooled a little from that point, but there were no bogeys and three more late birdies ensured Bransdon knocked two strokes off the previous course record, despite limited exposure to its nuances.

"I played the back nine on Wednesday and the front nine on Tuesday (having only) played here once a long time ago," he said.

"But couldn't remember it ... I wasn't expecting that."

Another bonus for Bransdon was having a front-row seat to playing partner Jason Norris' hole-in-one on the par-three sixth hole as the South Australian eventually signed for an even-par 72.

Bransdon led by two after the morning phase with a couple of youngsters hot on his heels at the ISPS HANDA PGA Tour of Australasia tournament.

Amateur pair Jack Thompson, of Adelaide, and Josh Armstrong, of Canberra, each had eight birdies and one bogey en route to opening 65s.

"It’s nice to be in this event and play well in the first round," Thompson said.

"I played pretty solid and a lot of the putts went in, so my putting held it together and I chipped in on one of the holes, so that always helps.

"I just wanted to back myself in. When I was just starting to play pro events I would probably get a bit nervous, but now I think I’ve settled in and I just take it one hole at a time and have fun. When you’re having fun you’re generally playing pretty well."

Low scores continued to roll in throughout the day with Brad Kennedy posting a round of 7-under 65, highlighted by a chip-in eagle at the par-five third hole, in the afternoon field.

Returning to the form that saw him lead through 54 holes at last week's Coca-Cola Queensland PGA Championship, demons from the final round at Toowoomba were out of mind for the Queenslander who finished the day tied in second place alongside Thompson and Armstrong.

“It was one of those days today where I’m semi-motivated in terms of things that happened last week but at the same time didn’t put any pressure on myself and tried to go out there and do what I could,” Kennedy said.

“It was nice to get back and try and shoot a good score after last week and be in the hunt again.

“Hopefully we can get out Friday morning it’ll be a bit calmer and we can keep going deep because I’d imagine it’s going to take a fair good score to win this one.” 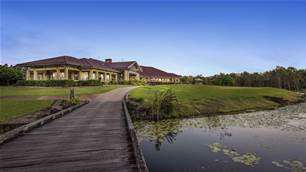