Philippine teenager Yuka Saso has produced another stellar round to hold a two-shot lead at the midpoint of the LPGA Tour's LOTTE Championship.

Saso has carded a second consecutive eight-under-par 64 at the Kapolei Golf Club in Hawaii.

The 19-year-old holds a two-shot buffer from New Zealand's Lydia Ko, who recorded the best score of the tournament on Friday, a nine-under 63.

They're all chasing Saso, who is eyeing for her first victory on the LPGA Tour after firing nine birdies on Friday, including four in a row around the turn.

"Two more days, I'm trying to get used to it," Saso said.

"I made some good putts, had good up and downs, my driving was very consistent today."

"It's a course where some players can go really low, so I feel like I was able to do a pretty good job at that." 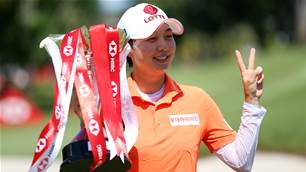 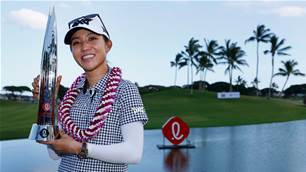