The former, regulation 72-hole strokeplay at a typical PGA Tour-style venue we all enjoy but don’t truly get excited about. The latter, a rare beast that sits a step above.

Think majors, team events and, for this correspondent at least, now the Sandbelt Invitational.

The brainchild of major champion Geoff Ogilvy and his fellow Golf Australia magazine columnist Mike Clayton, the four day event played across four of this country’s finest layouts proving its worth to the small number of people assembled on the grounds of Kingston Heath on Monday.

There were low scores by Blake Collyer and Brady Watt, high scores by many, but this event is about so much more than just the numbers on a scorecard or slightly delayed live scoring via a website. 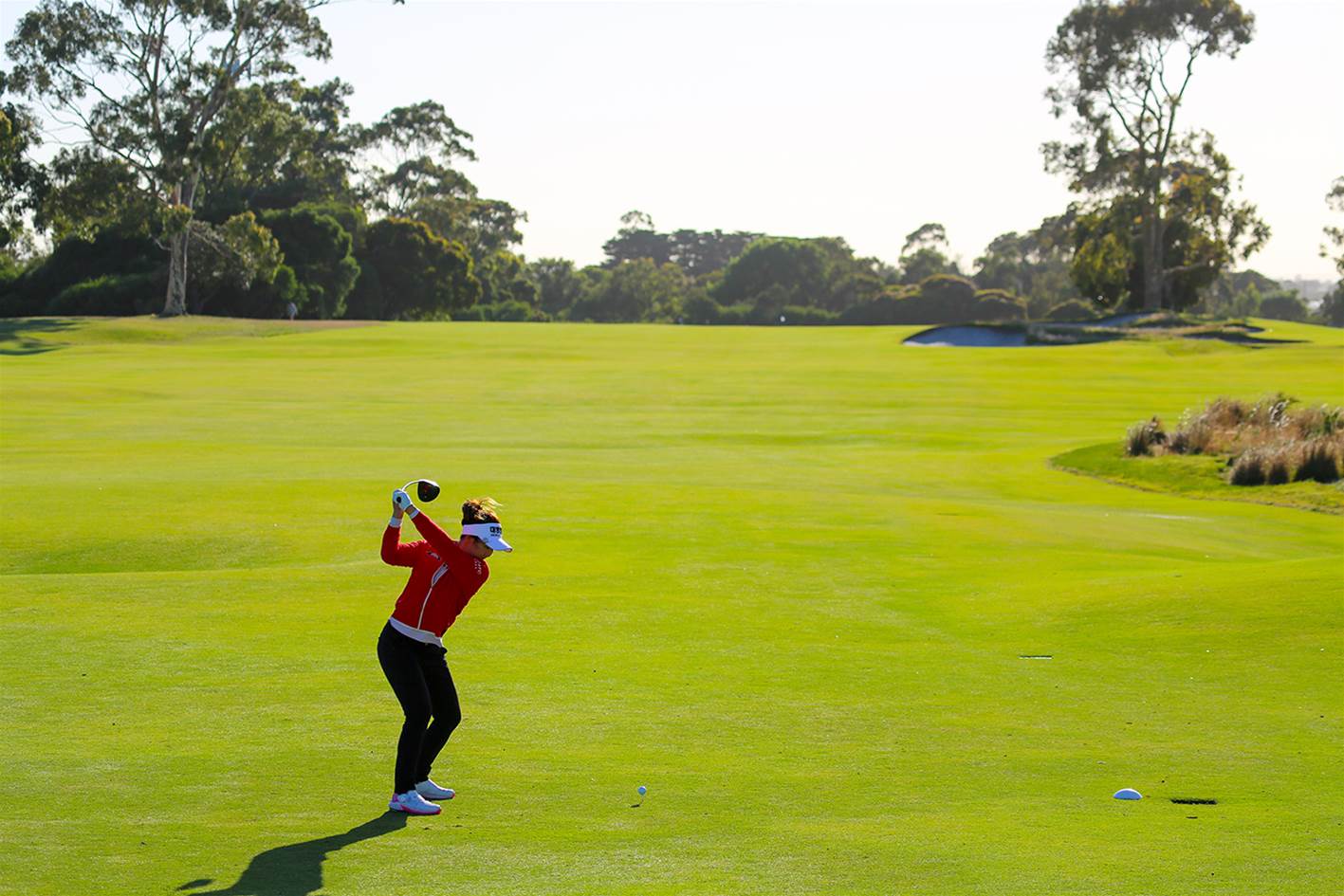 Every player, man and woman, amateur and professional, had a smile and a sense of anticipation as they prepared to tee off from almost inside the bar area on the back of the first tee at the venerable former Australian Open host. Ogilvy’s involvement no doubt an influence. Clayton’s too for that matter. The four Sandbelt layouts too playing a role.

“Fun” was the word of the day from all and sundry about the first of what are set to be four magnificent days on Melbourne’s world famous Sandbelt.

“It was good fun, I’ve played in the Vic Open before, but to have the amateurs as well as the girls is really good, and I think it could really grow into something quite big,” said the leader Collyer, who fired an opening six-under 66 on his 25th birthday to lead by one over Watt.

“Amazing,” added Watt of the format and event. “We had so much fun today, four great courses in a row, how can you not be excited for this leading into Christmas.”

Among those praising the new event that has received plenty of attention all over the world was a man with history at Kingston Heath.

Peter Fowler won the Australian at the layout exactly 38 years and one month ago to the day, and despite a back nine 42 for a round of 78 spoke highly of the Ogilvy-Clayton creation.

“Haven’t played here for years but it’s nice to be back here,” Fowler told Golf Australia magazine. “I was trying to (hit it in the same spots as 1983) but didn’t always hit it in the right spot.

“It’s good to see the girls here playing, they haven’t had much tournament golf in Australia ever so they’ve got a few tournaments now and there’s a few good players. These are the best courses in Australia without a doubt … NSW and Queensland can try to get their courses as good as this but there’s nothing quite like these.” 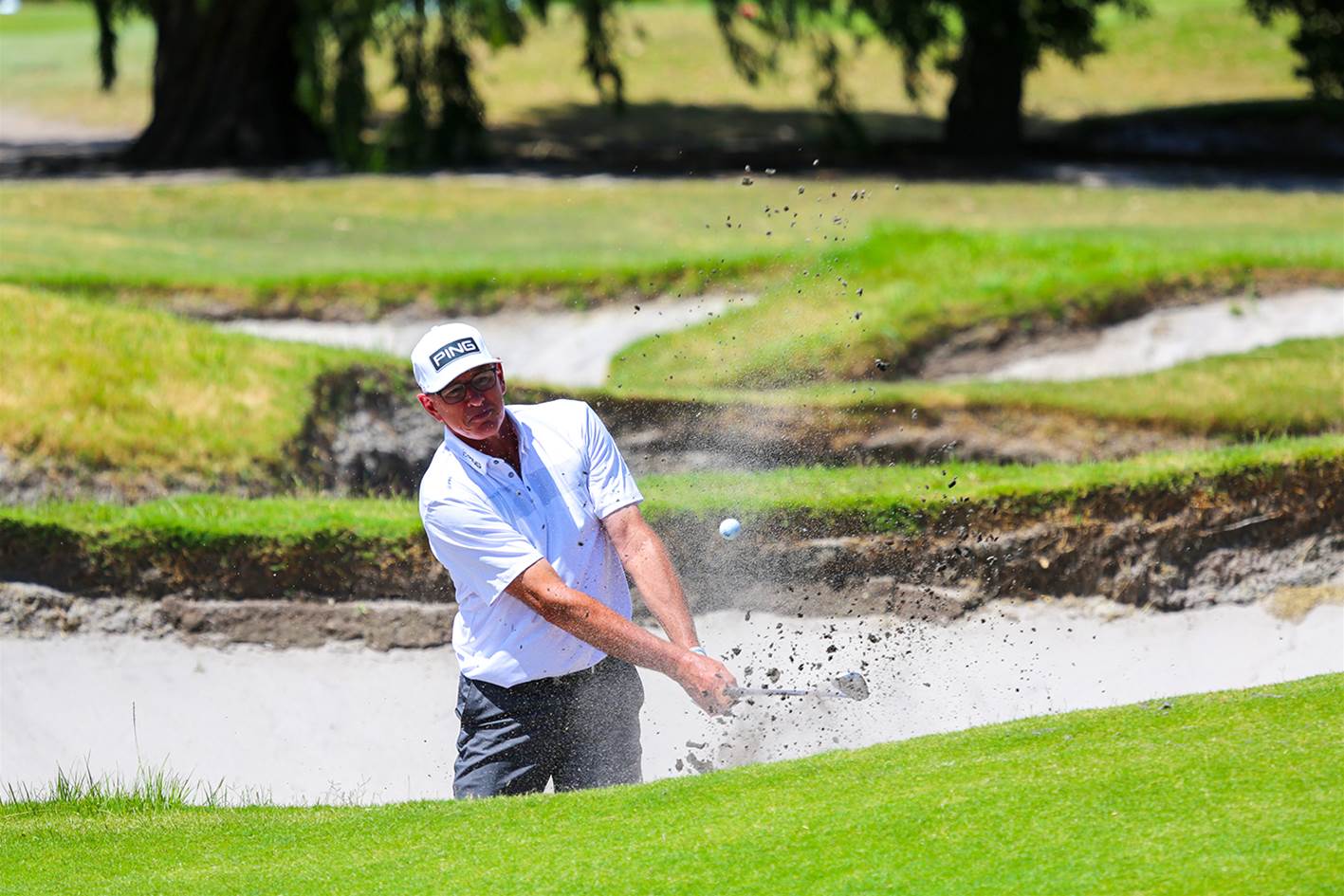 Peter Fowler back where he won the 1983 Australian Open Championship. PHOTO: Brendan James.

The other courses Fowler alludes to are Royal Melbourne West, Yarra Yarra and Peninsula Kingswood’s South Course where the Sandbelt Invitational heads over the coming three days.

Ogilvy noting a unique element to the event travelling across four of Australia’s top-20 courses according to this publication’s latest Top 100 ranking that event he didn’t think of in the lead up to the event getting underway.

“It dawned on me very quickly – I hadn’t really thought about it I guess - but we’re going to have four days in a row of Australian Open Sunday pins,” Ogilvy said.

“Everyone is going to set it up for a medal course … that’s what you want right?

“You want the course to present its toughest test, toughest fair test and they did that today, it was really tricky.”

Royal Melbourne and its No.1 course in the country have a tough act to follow after such an exciting and special opening day, but no one will be surprised if it is up to the task or even manages to exceed day one.

Because this isn’t just another golf tournament. This is something special that will likely continue to grow and grow.

And witnessing day one in all its glory was truly a privilege for the small number on site that will surely increase steadily throughout the week and immeasurably in future years.