American Nelly Korda has followed her sister Jessica into the winner's circle this season with victory in the Gainbridge LPGA event in Florida, while Australian Sarah Kemp had her best finish on Tour in two years.

Korda took a one-shot lead into the final round at Lake Nona Golf and Country Club and her closing 69 secured a three-shot victory to seal her fourth LPGA Tour title.

She logged four rounds under par to complete one of the best weeks of her career on the LPGA Tour, with her best finish remaining a tie for second at the co-sanctioned Vic Open in February 2019.

Her countrywoman Gabriella Ruffels, in her first tournament as a professional, had a 72 on Sunday to finish at two under and tied for 36th – good enough for about US$11,000 (AU$14,000).

"Honestly, I did not play very good golf today, and I just stayed really solid. I don't even know what I did. It was definitely very stressful." – Nelly Korda

Korda won for the first time on American soil – her other three LPGA Tour wins were in Australia and twice in Taiwan – and the first time with her parents watching.

"Honestly, I did not play very good golf today, and I just stayed really solid," Korda, who made three birdies in her opening six holes before 12 straight pars, said.

"I don't even know what I did. It was definitely very stressful."

The success for 22-year-old Korda followed sister Jessica's win in the Diamond Resorts Tournament of Champions in January.

It makes them only the second pair of sisters to win in successive weeks on the LPGA Tour, following Annika Sorenstam and her younger sibling Charlotta in 2000.

Former World No.1 Sorenstam, in her first appearance on the LPGA Tour in more than 12 years, carded a final round 76 to finish 13-over par and last of the 74 players to make the cut. 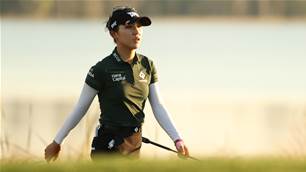 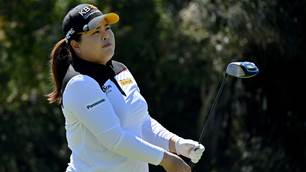 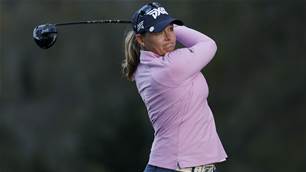