The relationship between the professional and recreational game has always been an intriguing one, the importance of the former to the growth and health of the latter incalculable though clearly important.

Case in point: if you were to ask the current crop of the world’s elite, all would point to one or other legend of the past (mostly Tiger) as inspiration for taking up the game.

At the other extreme are several members at my own club who, if asked, would not reliably be able to pick Charley Hoffman out of a line-up. Or possibly Jordan Spieth, for that matter.

Between these two ‘extremes’ lies the bulk of the rest of the golf population whose interest is somewhere between fanatical and casual.

With televised professional golf effectively cancelled worldwide for at least the next four weeks, now is a good time to take stock of the relationship between the two forms of the game.

"In a world of the Distance Insights Report, Golf Premier League and a virus that seems likely to drastically change everything for the foreseeable future, it would be nice to think Jay Monahan and co will use the next few weeks to reflect on some of the big picture issues facing the game."

Professional golf’s sole reason for existence is entertainment and profit, and that’s as it should be.

However, to flourish it needs an audience and the reality is that – bar a few times per year – that audience is made up almost exclusively of golfers.

Does that endanger the potential size of the audience? It’s not hard to see that it might, and TV ratings suggest viewers are driven more by the presence of Tiger in an event than the actual spectacle of pros playing golf. 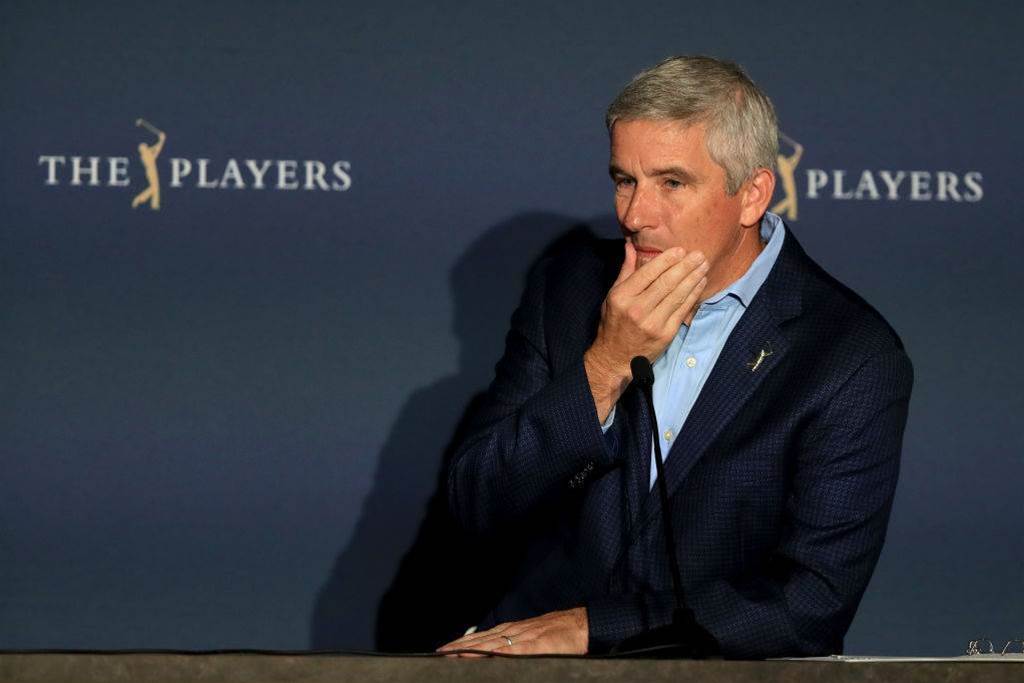 PGA Tour Commissioner Jay Monahan addresses the media about the cancellation of The Players Championship and the next month of tournaments due to the coronavirus. PHOTO: Getty Images.

Professional golf appears to be at a bit of a crossroads at the moment. The stench of the Patrick Reed affair – or more importantly the Tour’s handling of it – continues to hang in the air.

The criticisms of former CBS analyst Peter Kostis did little to improve the Tour’s image and the handling of the coronavirus (COVID-19) issue at The Players was out of step with the rest of the sports world.

Meanwhile, for most recreational golfers, not much has changed (for the moment). Their mid-week and weekend comps proceed almost as normal, the only real difference being golfers (hopefully) observing sensible ‘social distancing’ measures while on course and in the clubhouse.

In the bigger scheme of things one wonders what effect the grass roots of the game might feel if there was a long-term hiatus of professional golf?

Without a shop front of stars like Tiger, Rory, Inbee and co, would the game ultimately suffer?

Unequivocally the answer is yes - though perhaps not as much as those who run the professional game would like to believe.

The reality is that professional and amateur golf are inextricably intertwined and each needs the other for the whole to remain healthy.

In a world of the Distance Insights Report, Golf Premier League and a virus that seems likely to drastically change everything for the foreseeable future, it would be nice to think Jay Monahan and co will use the next few weeks to reflect on some of the big picture issues facing the game.

Sadly, that seems a forlorn hope. Although these next few weeks will serve as a reminder that golf is much, much bigger than just the world of the PGA Tour and its sibling organisations. 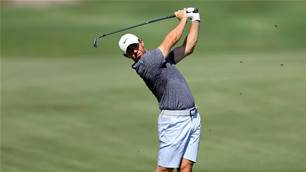 McIlroy may not return to Europe this year