Despite border restrictions wreaking havoc with the organisation, and attendance, of the first adidas Junior 6s Tour event to be played outside Australia, the Royal Wellington tournament played this past week was a huge success.

With an all-Kiwi field assembled, it was Yuki Miya of Russley Golf Club in Christchurch who eventually emerged victorious after the 54-hole strokeplay section and six-hole match play win over the girls winner Tara Raj from Wanganui.

Rain caused issues over the first two days of competition at Royal Wellington Golf Club, with delays adding more stress to the likes of Junior 6s Tour founder Ewan Porter watching on from afar while covering the Vic Open at 13th Beach. Then the winds came on day two, gusting up to as high as 40 mph, but Miya handled it best finishing at four-under after 54 holes to claim the boys division by three. 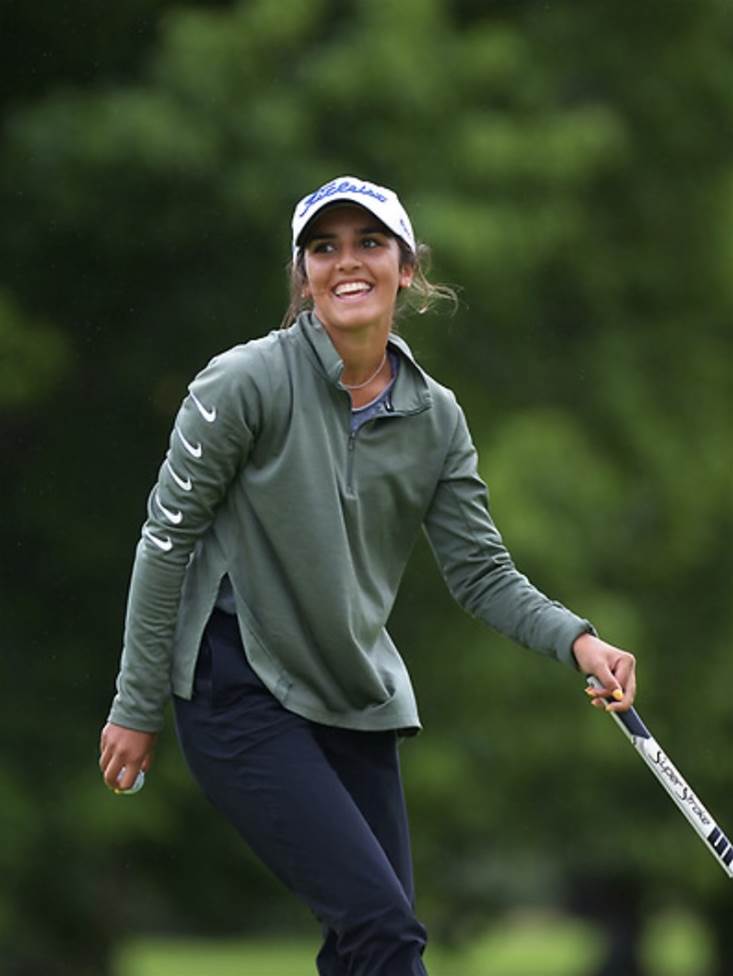 The nearest challenger to the eventual champion was Alec Prentice from Paraparaumu Beach Golf Club, while Raj completed three loops of the layout in two-under-par to earn her place in the final against Miya. The girls champion besting Vivian Lu and Eunseo Choi by a solitary shot.

RIGHT: Tara Raj took out the girls strokeplay before a close fought battle with Miya in the Super 6s Knockout. PHOTO: Supplied.

Played immediately after the third round of strokeplay, the Super 6s Knockout contest was a close encounter, with Miya eventually taking the spoils with a 1-up win over Raj.

Both players receiving invitations to the adidas Junior 6s Tour World Final to be played at Kingston Heath in September, with Miya rising to second on the boys points list behind runaway leader Jeffrey Guan and Raj sitting in third on the girls race where Brie Mapanao remains in front.

With plans to further expand the Tour schedule and footprint, Porter noted the success of the event without the usual team on the ground and positive feedback from the competitors at Royal Wellington.

“The event was a huge success and the kids absolutely loved the format,” Porter told Golf Australia magazine. “We thank Royal Wellington for hosting the Junior 6s Tour and are extremely excited by the continued growth of the circuit.”