West Australian Minjee Lee has rocketed up the Women's British Open leaderboard with the day's equal-low round at Royal Troon in Scotland.

Lee's two-under-par 69 in brutal winds propelled the World No.8 to one over for the championship after two rounds and is just two shots behind Swedish halfway leader Dani Holmqvist.

Chasing her elusive first career major title, Lee has rebounded superbly from a horror start to the championship when she slipped to four over after just six holes.

The 24-year-old was among only seven players to break par in the second round, chipping in on the 11th and icing her performance with a lovely birdie-birdie finish.

"I wasn't really expecting like the severity of the winds and even the practice rounds last week it wasn't very windy.

"Once the wind hit me, I was like, oh, it was very tough.

"Then today, I sort of expected like how much wind there was going to be and sort of adjusted a little bit better to the wind that we had.

"Perth is windy and I'm right near the Fremantle, so we always have the breeze coming in in the afternoon.

"I have played a lot in the wind." 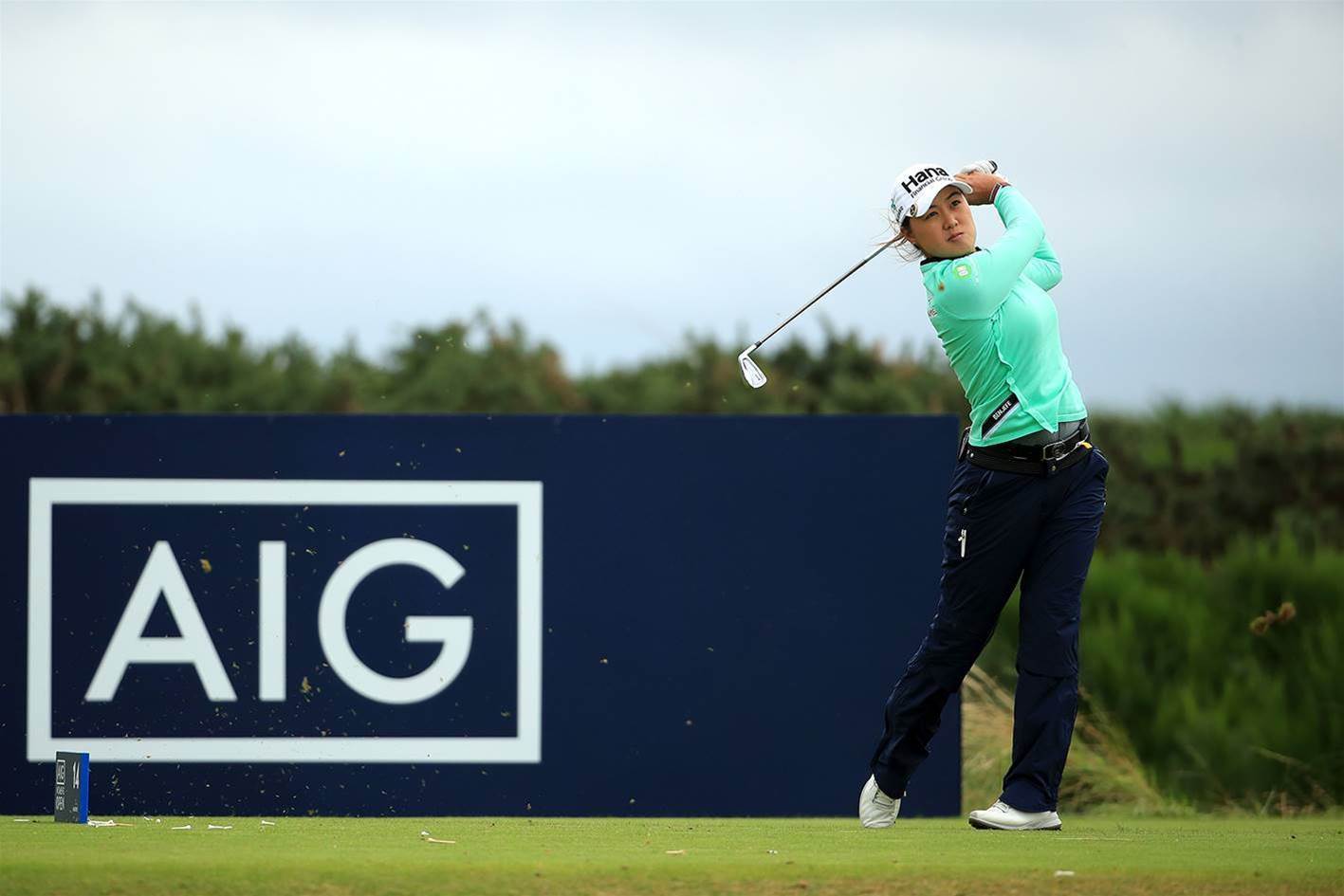 MInjee Lee says she needs to remain patient in the wind to continue her good form at the Women's Open. PHOTO: Getty Images.

Lee shares fourth with a bunch of players including New Zealand's former World No.1 Lydia Ko (71).

"I haven't really seen the forecast for tomorrow or the weekend but I'm sure it's going to be windy," Lee said.

"Just at this point in time, I can't really think too far ahead.

"Just stay in the moment. Stay patient with the wind."

Lee's fellow West Australian Hannah Green is well in the mix, tied for 21st at five over after a second round 72.

Katherine Kirk (77) is seven over and eight shots off the pace while Sarah Jane Smith (73) and Sydney teenager Stephanie Kyriacou (78), on her major championship debut, also made the cut.

Smith and Kyriacou are both nine over par, 10 strokes behind Holmqvist (70) who is the only player in red numbers entering the weekend.

Victorian Gabriela Ruffels, the 2019 US Amateur Champion, missed the cut by a shot despite an impressive 73.