World No.2 Minjee Lee has ensured she'll enter this week's US Women's Open with momentum as she chases a maiden major championship title.

On the eve of her 23rd birthday, Lee shot a second consecutive four-under 67 on Sunday to tie for 13th at the LPGA's Pure Silk Championship in Williamsburg, Virginia.

All eyes now turn to the biggest event on the women's golf calendar, the US$5 million (AU$7.2 million) US Women's Open at the Country Club of Charleston in South Carolina, starting Thursday.

Lee is set to play the first two rounds in stellar company alongside current World No.1 Jin Young Ko and former No.1 Inbee Park, who boasts two US Open titles among her eight majors victories.

Coming off a great 2018 season, the super-consistent Lee appears closer to a breakthrough at the majors after winning her fifth LPGA title at last month's LA Open among five top-10 finishes this year. 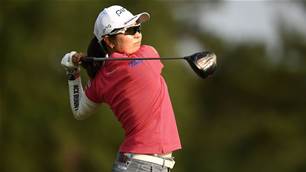