No matter how many tournaments they play, in whatever country and weather conditions, managing your game and emotions is critical to your success in professional golf, as it is in life.

All week at Concord Golf Club it has been a story of mental toughness. Elvis Smylie, barely 18, spoke of his desire to be mentally the toughest player on Tour. That the 15th club in your bag is the space you create with your mind.

In the end, however, when it all mattered the most, it was a quiet, cerebral Victorian by the name of Bryden Macpherson who was the mental giant.

The Victorian held back all-comers for a title he compared in status and importance to his British Amateur win back in 2011, and the biggest cheque of his career.

A decade ago, Macpherson was spoken of in the same excited tones now reserved for rookie Smylie after that win. An invitation to play in the Masters and Open followed and he set about conquering the world. Except he didn't.

Fast forward 10 years and the mental strength he talks about was actually the difference on a tough day at Concord. Challenge after challenge came and he saw them off despite battling his own game and lack of momentum. When he bogeyed the par-five 11th his round had returned to the number he started on (-15), and he must have felt the pressure. He hung tough anyway. 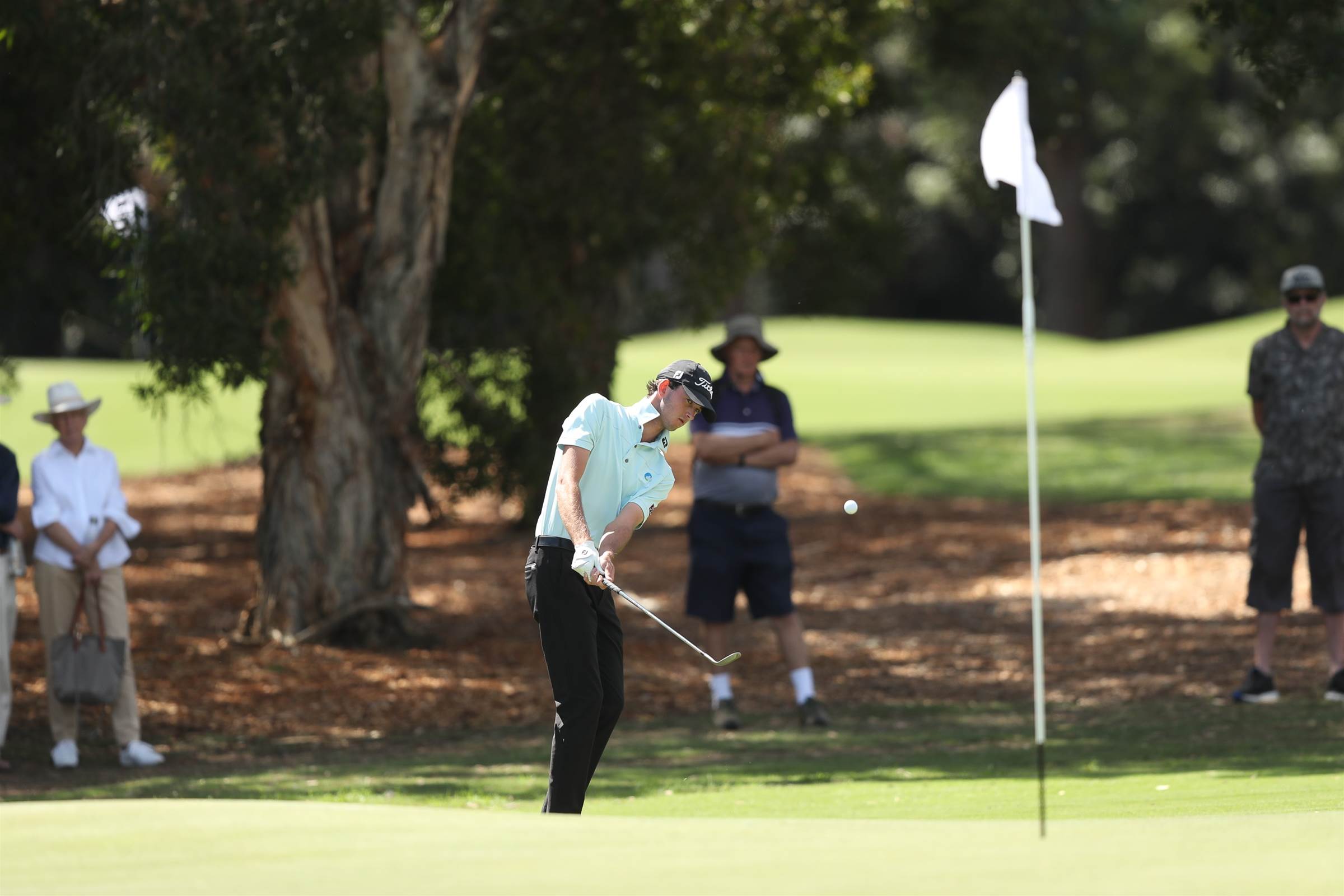 Elvis Smylie's charge came up short with a double bogey on the 17th on Sunday. PHOTO: Golf NSW.

South Australian Jack Thompson immediately bogeyed 12 and 13 to relinquish his lead, and Macpherson felt his chance had come. But it was on the next hole that he dropped the sledgehammer that created the momentum he'd been waiting for, a 35-footer for eagle.

"I honestly thought my chance was on 12 when I had a 12-footer for a little two-shot swing, but luckily I got another chance on 13 and I took advantage," the 30-year-old said.

"I hadn't really holed any long ones all week and I kept saying to myself that I'm due to hole one soon. It looked good the whole way."

"I did not have my best game today, it just wasn't there," he said.

"I didn't seem to be reading putts very well. The best thing I could do was just stick in there and get lucky and some of the other guys will get nervous."

Smylie's charge ended on 17, when he was just a shot back, with a drive that landed between tree roots forcing him to take relief and a double-bogey. He won thousands of new fans this week with his languid swing and precise irons but admits he needs to work on the putter. The difference between winning and losing was the number of three putts over the weekend.

Nathan Barbieri and Michael Sim showed glimpses of brilliance throughout the week. Sim showed he still has the game to compete on any Tour, while Barbieri found himself in trouble too often on Sunday to mount a challenge.

Still, the future looks great as far as Macpherson is concerned.

"All of these young kids, they are really good players," said Macpherson.

"I'm excited to see what they do, and I hope they can stick to what they're doing and get better at competing. There's nothing wrong with Nathan and Jack's game. I was impressed."

Barbieri looking to pick up where he left off