Victorian amateur David Micheluzzi has snatched the Australian Open lead midway through the second round at The Lakes.

Marquee man Matt Kuchar and Mexican PGA Tour star Abraham Ancer are among five players in hot pursuit of Micheluzzi, who made a lightning start to his round.

Bidding to become the first amateur to win the Stonehaven Cup since Aaron Baddeley in 1999, Micheluzzi soared into the lead at nine under with three birdies and an eagle in a spectacular four-hole stretch at The Lakes on Friday morning.

But the 22-year-old recorded back-to-back bogeys to close out his front nine, reaching the turn at seven under for the championship.

As ever, Kuchar was steady as she goes, picking up three shots in his first 12 holes and is currently six under, while Ancer and first-round leader Byeong Hun An are five under.

Kuchar, the 2017 Open Championship runner-up and highest-ranked player in the field, collected birdies on the 11th, 13th and 14th holes, after starting his round from the 10th tee.

He dropped a shot on the par-5 17th but retrieved it with a brilliant birdie-two on the tough par-4 2nd.

The American was among the few players to tame The Lakes in Thursday's brutal afternoon conditions, carding a two-under-par 70 to remain in touch with An. 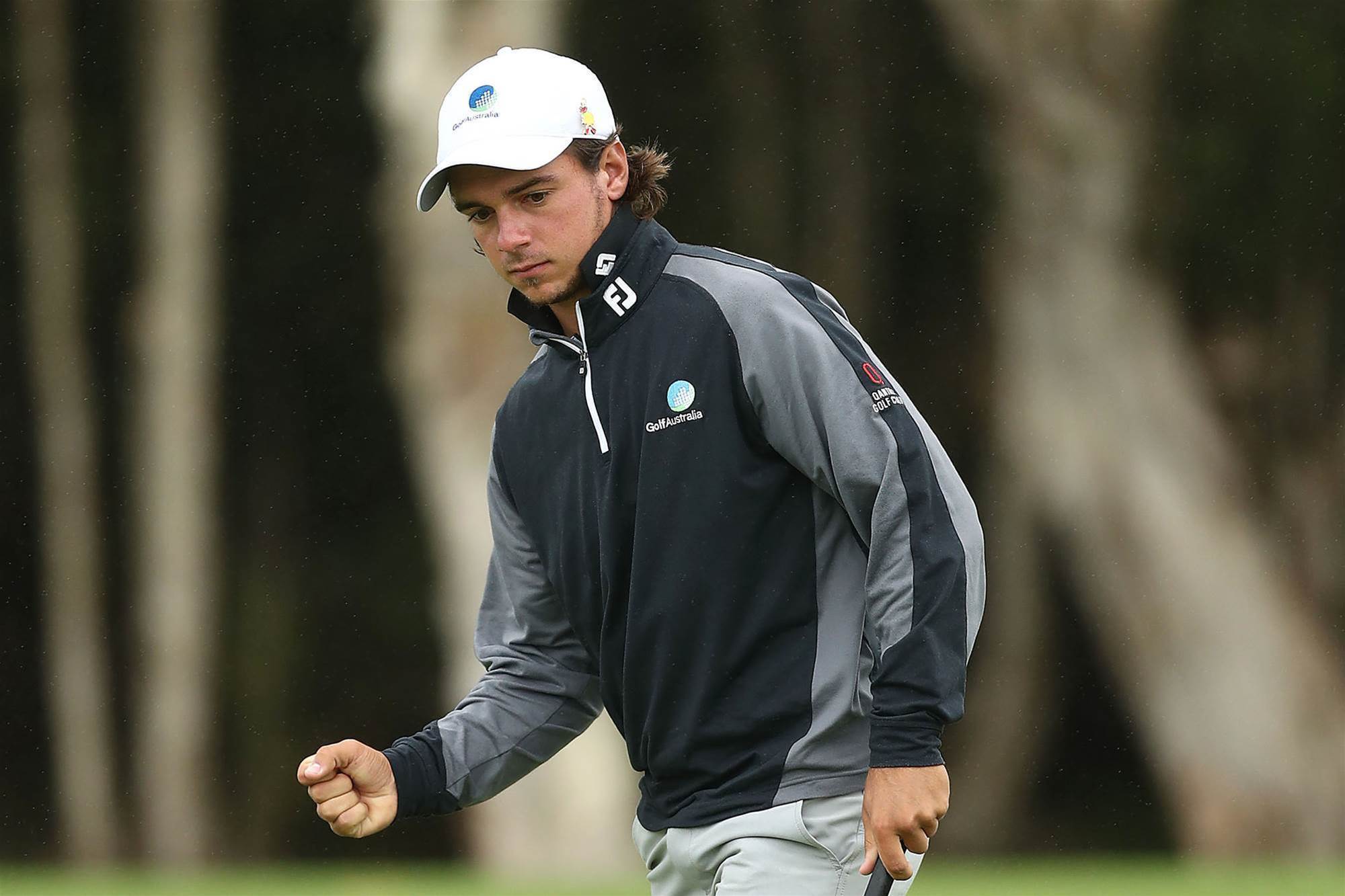 Fellow PGA Tour star Keegan Bradley was also on the move on Friday, the only major winner in the field climbing to four under through 14 holes.

Local hope Matt Jager was also four under, one clear of 2016 Olympian Marcus Fraser and Uber-driving battler Adam Stephens, who both have afternoon tee times.

After opening his first round with a quadruple eight en route to a four-over 76, Davis dunked two more balls in the water on the par-5 11th to rack up a disastrous triple bogey on his second hole on Friday morning.

But the 23-year-old bounced back superbly with successive birdies, then an eagle on the par-5 14th.

Davis picked up his third and fourth birdies of the day at the 2nd and 6th to be three under for the round but one over for the Open, still fighting hard to make the halfway cut. 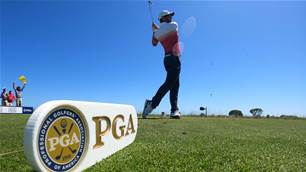