Phil Mickelson has a confession to make: He's often full of nonsense.

Except, as it turns out, when it comes to pavlova.

Augusta National has a rule banning mobile phones on the course, and it also applies to the traditional Champions dinner.

So when Adam Scott got to pick the menu in 2014 for the annual pre-Masters meal for past winners, the Australian's dessert choice was a strawberry and passionfruit pavlova.

Hardly anybody in the room knew what the meringue-and-fruit mixture was.

And without their phones, nobody could Google it, either.

This is where three-time Masters champion Mickelson comes in.

"I said, 'Oh, pavlova, that's inspired by the great Russian ballerina Anna Pavlova who was touring through New Zealand, Australia, and an Australian chef – so inspired by her beautiful movement and tutu – he made a dessert after her," Mickelson recalled.

Phil being Phil, nobody believed him.

Billy Payne, the chairman of Augusta National at the time, shot Mickelson what might be best described as a skeptical look.

Zach Johnson wagered $100 that Mickelson was just making things up.

"Everybody is calling me out on my BS," Mickelson said.

Not this time, however.

Mickelson has a daughter who studied dance and she had written a biography on Anna Pavlova.

That happened to be why Mickelson made 32 pavlovas for her class, and became an expert of sorts on her story – and her namesake dessert.

"And I ended up being right, which is not often," Mickelson said.

"But I was right on that particular moment."

By the way, the desserts that reigning champion Dustin Johnson chose this year were apple pie, peach cobbler and vanilla ice cream. 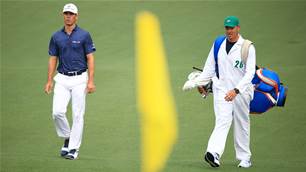 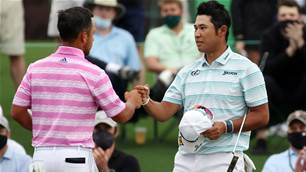