Bendigo native Andrew Martin will tap into his regional roots as he seeks a second PGA Tour of Australasia title at this week’s Gippsland Super 6 tournament in Warragul.

After two years at Yallourn Golf Club, the innovative format that combines three rounds of stroke play with the excitement of match play on Sunday moves to Warragul Country Club for the second event on the 2021/2022 schedule.

Martin delivered one of the rounds of the day in shooting 68 on Sunday at Moonah Links to finish tied for fifth at the Victorian PGA and is very familiar with the Warragul Country Club layout.

Prior to his breakthrough victory at the TPS Sydney event in March, Martin shared top honours with Tim Hart at the one-day Warragul Pro-Am and sees a number of similarities between it and the Neangar Park layout where he played as a junior. 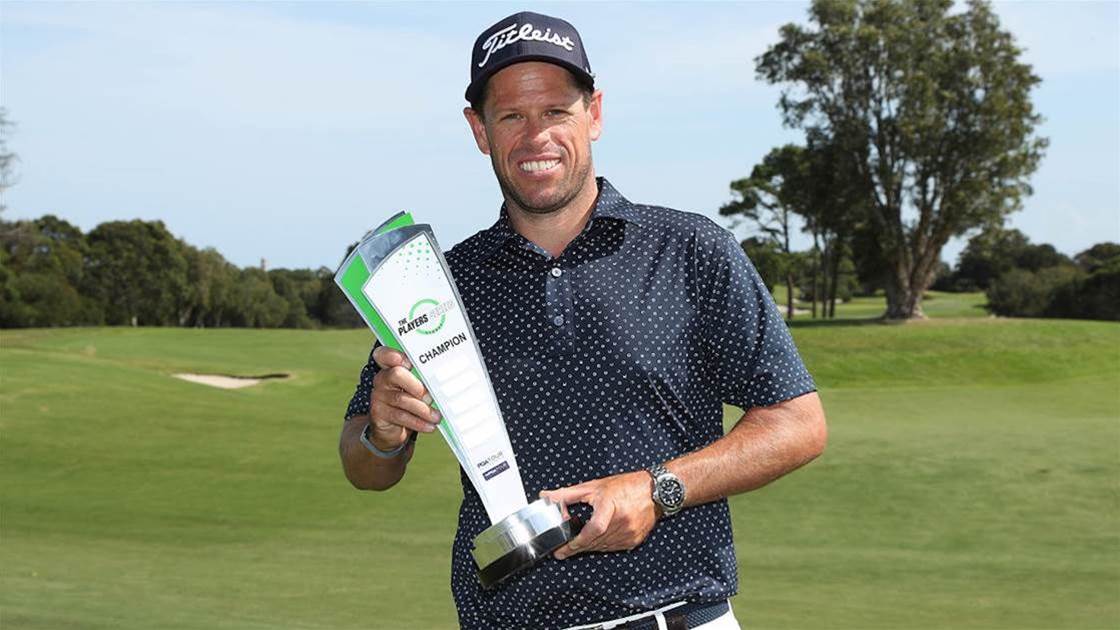 “The course should suit me,” Martin believes.

“My coach, Darren Cole, has now taken the job at Traralgon but I usually go and see him at Drouin or Warragul so I know the boys quite well down there.

“It’s one of those courses that can jump up and bite you but there are a lot of opportunities as well.

“I had six-under in the pro-am – the greens may be a little quicker this time around but there is a little bit of slope to them so I don’t know if they’ll go too crazy with the speed.

“If you miss on the wrong side of the greens it can sort some of the boys out with those smaller country greens.

“It’s probably a little more lush at Warragul than Neangar but it is very similar to the courses I grew up playing in the Bendigo area.

“I know they’re super excited to have it so I’m sure the course is going to be in great shape for it and the club will get behind it quite well.”

Back-to-back weeks in Thailand on the Asian Tour provided the perfect opportunity for Martin to tune up ahead of a busy summer of golf.

After this week the Tour will take a short break over Christmas and then resume with the Australian PGA Championship at Royal Queensland Golf Club from January 13.

Starting with the Mornington Peninsula last week this season will see tournaments conducted in a host of regional centres and Martin knows exactly how those communities will support them.

Although he insists Lucas Herbert has assumed the mantle of Bendigo’s No.1 golf product, 37-year-old Martin is grateful for the support he knows is at home wherever he plays.

“It’s probably a little more lush at Warragul than Neangar but it is very similar to the courses I grew up playing in the Bendigo area." - Andrew Martin.

“Bendigo has always been very supportive to me. I haven’t been back for a little while but the support that Bendigo gives all our sportspeople is very good,” Martin adds.

“Early days I might have put a bit more pressure on myself to try and do well and make people back home proud but I’m older now and ‘Herbie’ has taken over the crown with the stuff he’s doing.

“Although we both played at Neangar, the support that Lucas and I get from the region, the Axedale boys, it’s quite a close-knit golf community in Bendigo.

“Yallourn has been great the past couple of years but being a bit more central and closer to town I think Warragul is going to have a great atmosphere.

“They really get behind their pro-am so having that bigger event – and with the strength of the field this week – I’ve got no doubt it will be quite a good week.”

While the venue has changed, there is also a sense of unfinished business for Martin.

He led eventual champion Marcus Fraser by two shots with two holes to play in the second round of match play last year only for a three-shot swing on the second last hole to turn the match on its head.

“It’s something different,” Martin says of the format. “It’s good to have the three rounds and then the match play on the Sunday.

“The six holes do come up pretty quick so you do have to change your approach a little bit.

“I don’t try to change too much but this course might bring it out a bit more where you have to take it on a bit more depending on who you’re playing.

“If you can give yourself a lot of opportunities to putt for birdie there’s not much more you can do. Over the six holes if you can hole a couple of them you’re going to be right in the match.

“Warragul is quite tight in spots so if one of the boys who bomb it can hit it straight then they can eat it up.

“But you’ve got to do it for three rounds to get to the match play and then you never know what’s going to happen.”