Thailand's Jazz Janewattananond has been crowned the 2019 Asian Tour Order of Merit champion after his lead on the Habitat for Humanity Standings became unassailable.

With Queenslander Scott Hend opting not to tee up at the AfrAsia Bank Mauritius Open this week, the 23-year-old Thai has secured his prime position atop the money list as he cannot be caught by his closest challenger.

Two wins at the SMBC Singapore Open and Kolon Korea Open along with seven other top-10s on the Asian Tour have earned the prodigious talent the divine right to become the fourth Thai after Thongchai Jaidee (2001, 2004 and 2009), Thaworn Wiratchant (2005 and 2012) and Kiradech Aphibarnrat (2013) to be crowned Asia’s number one.

“I’m really honoured to join the likes of Thongchai, Thaworn and Kiradech as the next player from Thailand to win the Asian Tour Order of Merit. It’s an exclusive group of champions which I’m so proud to be in,” said Jazz, who has risen to a career- high of 52nd on the Official World Golf Rankings this year.

“While it’s not a perfect season this year as there are times which I thought I could play even better, overall, it has been a very good one where I took advantage of my opportunities and made the best of them.”

Jazz has been one of the revelations this season with wins at the Singapore Open in January – where he beat a field which included Sergio Garcia and Paul Casey – and Korea Open in June.

“The win in Singapore was certainly the highlight of the year for me because I won early in the season and that victory broke me into the world’s top 100 then. It opened doors for me and I took advantage of them,” said Jazz, who also won the second edition of the Panasonic Swing series and enjoyed a standout season in Japan with six top-10 finishes in the Land of the rising sun.

“I’m really honoured to join the likes of Thongchai, Thaworn and Kiradech as the next player from Thailand to win the Asian Tour Order of Merit.” – Jazz Janewattananond

In May, Jazz came to global prominence at the US PGA Championship where he entered the final round in joint second place before closing with a 77 to settle for tied-14 finish, which was the best-ever result achieved by a Thai player at the US PGA.

“Playing in the PGA Championship was not only a unique experience but also a memorable one.

“Playing in front of the large crowds and against the best players in the world is something I’ll never forget,” said Jazz, who went on to make his second consecutive appearance at The 148th Open in July.

Jazz first played his way into the history books of the Asian Tour in 2010 when he became the youngest ever player to make the halfway cut at the 2010 Asian Tour International in Bangkok at the age of 14 years and 71 days.

But his path towards greatness was not littered without road bumps, struggles and setbacks.

He lost his Asian Tour card for the first time in his career in 2016 but bounced back quickly the following year with his Asian Tour breakthrough victory at the Bashundhara Bangladesh Open.

“Those experiences moulded me into a better player. I spent two weeks in the monastery where I found peace and slowly played my way back. That breakthrough in Bangladesh brought back the self-belief that I can actually play good golf and win tournaments,” Jazz said.

Jazz then saw his fortune soar with another win on home soil at the Queen’s Cup in 2018 followed by another two victories at the national Opens of Singapore and Korea this year.

The benchmark for the Thai has now been raised even higher as he sets out to sing another winning tune in 2020.

“I just want to get even better and not rest on my laurels. I want to compete in more majors and make big moves on the world rankings,” Jazz said. 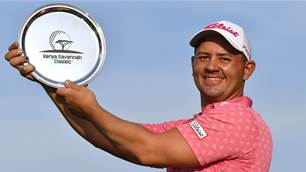 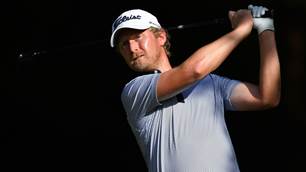