On a day where the lead swapped between a bunch of players, it was MacLaren who held her nerve over the closing stages to claim the crown by three shots from her playing partner, Sweden’s Lynn Carlsson and surprise packet, Munchin Keh, who finished a couple of groups ahead of the Englishwoman.

MacLaren, who started the day tied for the lead with Carlsson, was at the top of the leaderboard most of the day. Carlsson struck an early blow, jumping to a one-shot lead, but fell back quickly with a pair of ill-timed bogeys. Maclaren stayed in touch, and despite a bogey on the 2nd managed a birdie on the 3rd and another on the 5th to go to a one-shot lead.

While the leaders were trading bogeys and birdies early on, Keh, playing two groups in front of the leaders, was quietly going about her business, picking up three shots on them with birdies on the 2nd, 3rd, and 7th, to get with a shot of the lead.
The fireworks really began though when the final groups turned for home.

Christine Wolf jumped into a share of the lead at nine under on the 12th but stumbled with dropped shots on 14 and 15 to see her chances dissolve. 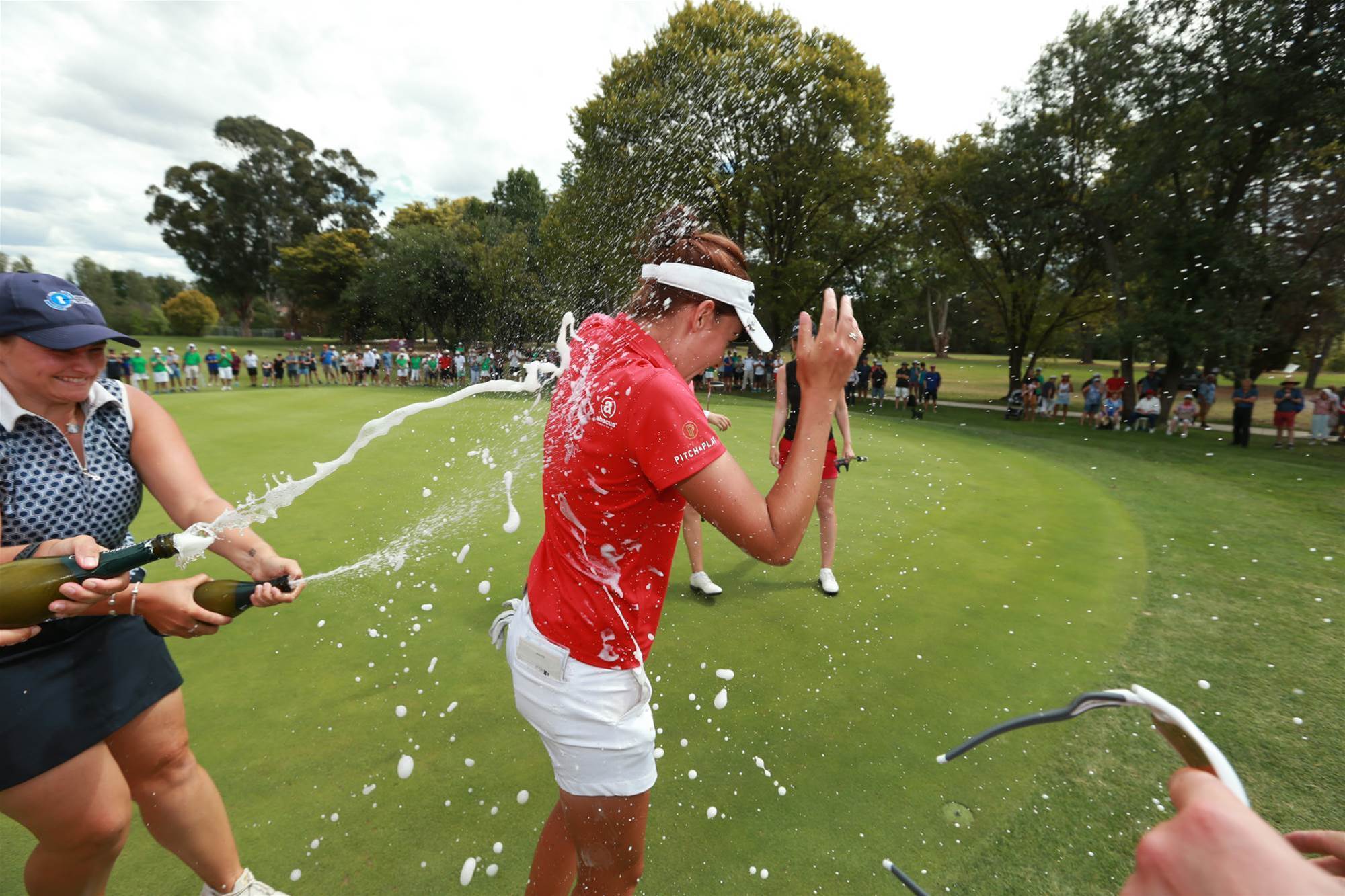 Carlsson, with three bogeys on the front nine, found trouble at the worst times on the back with bogeys at 12 and 15 cruelling her chances.

All the while Keh just stayed in the mix. When she birdied the 14th, she suddenly found herself in a four-way tie for the lead. A stunning Eagle on the par-5 16th meant there was a genuine chance the championship would be heading across the Tasman for the second time.

Sadly for Keh, she saved her worst for last, and a disastrous double bogey on 18th cruelled what would have been an incredible come from behind win.

MacLaren, unsure where she stood, knew a birdie or better on the pivotal 16th was a must for her chances of defending her crown.

When she striped her 3-wood to about six feet to set up an eagle, MacLaren knew she was right in the mix.

A safe par on 17 meant she walked to the last at 11 under. By then, the news had filtered back about Keh’s double, meaning Maclaren had a two-shot buffer.

She didn’t need it though – and after playing her approach on the last to about 12 feet, she calmly sank the birdie putt to reclaim her crown. 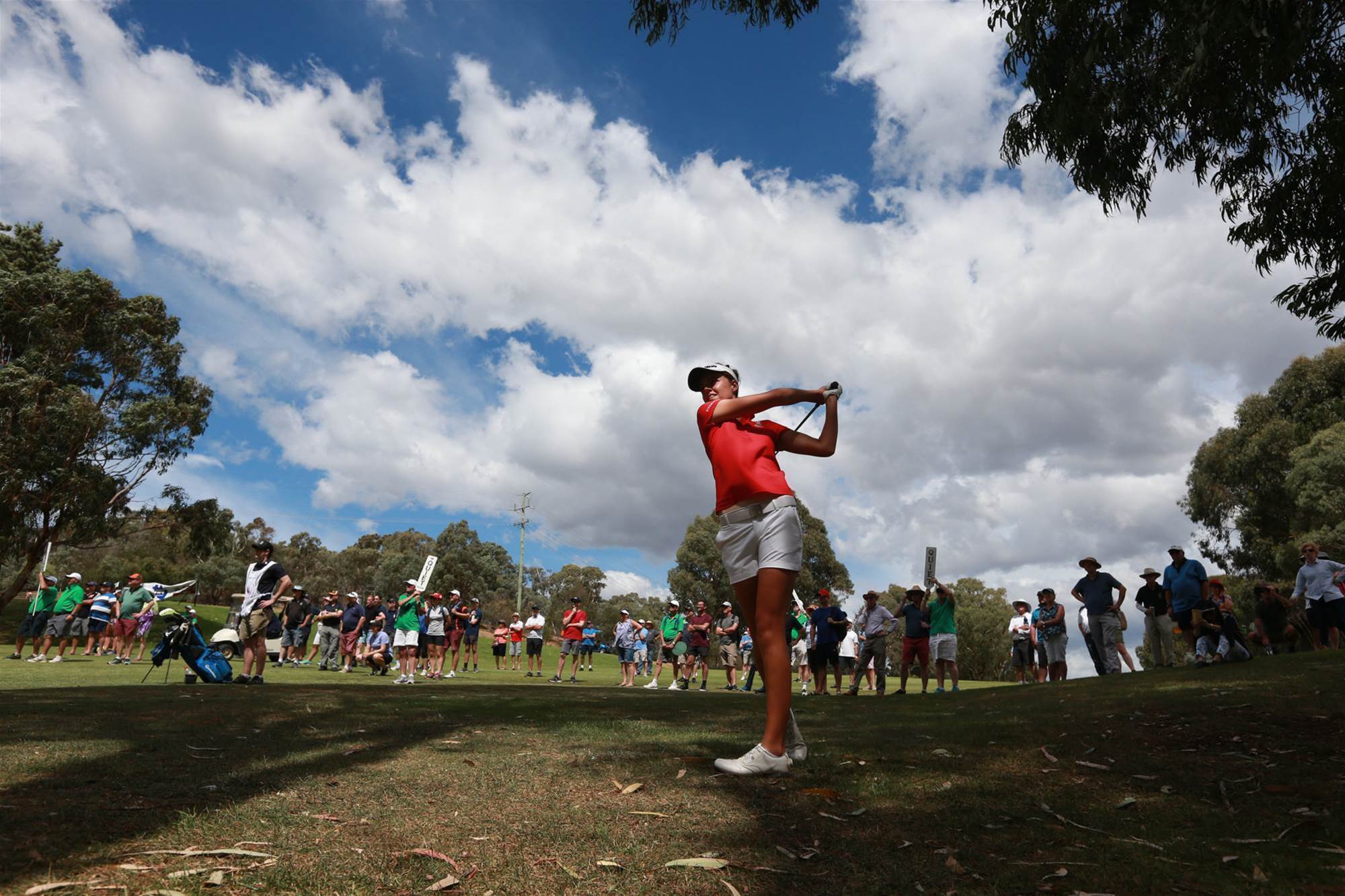 MacLaren played her best shot of the day at the 16th when she set up an eagle with her 3-wood. PHOTO: Supplied.

MacLaren was ecstatic after the round. “It was pretty gritty out there for a long time and quite nerve-wracking.

“As much as you want it to be like the last few days and all controlled and straight forward, it just wasn’t like that.

“I had to hang in there and even though I dropped a couple of shots.

“I knew that things were going to be close, and nobody was running away with it.

"I just hoped for a moment of magic somewhere, and it happened.

MacLaren said that magical moment was her second shot on the 16th.

“It’s funny, I had almost the same shot yesterday where I had to hit a 30, 40 yard cut with a 3-wood around the trees and I pulled it off yesterday, so I thought, I know I’ve done it; I know I need something.

“I knew the lead had gone to 11-under at that point, so I was chasing, and as soon as I hit it, I hoped that it would be right and it was. I rolled in the putt.”

Maclaren added it felt kind of weird to know she had successfully defended her crown.

“It’s not at the same course, so it almost doesn’t feel like the same tournament.

“Last year was my first win, and that was a big deal, and I don’t think anything can compare to that. You don’t want to be a one-win wonder. There was a bit more pressure this week, so to come through that feels amazing.”

As for the winning celebrations, MacLaren said her travel schedule (she is flying to South Africa) meant they were going to be quick.

“I have a three-hour drive back to Sydney, I think one of the girls will be sneaking in a bottle of champagne for the ride,” she smiled. 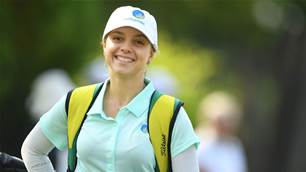 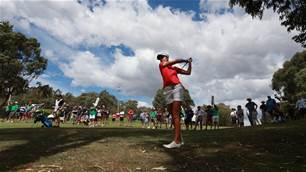