Austin Ernst has claimed victory at the LPGA Tour event in Arkansas while Australian Katherine Kirk had her first top-10 finish of the season.

American Ernst closed on Sunday with an eight-under 63 to be 20-under 193 for the week, good enough for a two-shot win over Anna Nordqvist.

Four strokes behind Nordqvist entering the round, Ernst had the best score of the day, making 10 birdies and two bogeys at Pinnacle Country Club.

She joined 2014 champion Stacy Lewis as the event's only American winners.

Swede Nordqvist closed with a 69 after opening with rounds of 64 and 62 to take a three-shot lead into the final day.

The experienced Australian's previous best showing in 2020 was a share of 22nd.

Minjee Lee had seven birdies in her six-under 65 to end her week at nine-under a share of 28th.

Ernst opened with consecutive 65s to put herself in position to win for the first time since the 2014 Portland Classic.

Alexa Pano, the 16-year-old Florida amateur playing on a sponsor exemption, finished in a tie for 41st. 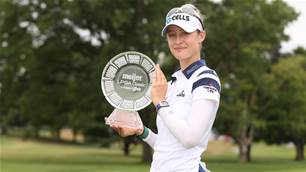 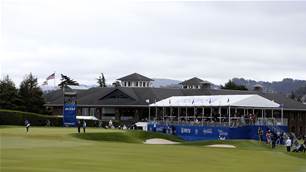