Venezuelan Jhonattan Vegas was involved in a late helicopter dash to make his first round tee time at the Open Championship.

He arrived at Carnoustie with barely an hour to spare for his 10.31am (local time) start on Thursday after experiencing a remarkable tale of woe.

Firstly, the three-time PGA Tour winner did not realise his visa had expired until he was ready to leave the United States last week.

“To me, it almost seemed like it was a horror movie happening for the past week,” Vegas said. “Last Thursday I was supposed to travel here, get here by Friday morning, have a few days to kind of adjust to the time and all that stuff.

“So I look at my visa, and I got really confused with the dates. Obviously, the UK does the day (first), and I've been living in America, I guess, for too long, and I got used to kind of just see the dates flipped (month first), which at the end of the day, it wasn't that big of a deal because I could have gotten a visa in 24 hours.

“So I decided to go on Thursday morning, apply for a visa. Yeah, I was supposed to get here on Friday. For some real reason, the people at the consulate in New York decided not to respond to the application. So, obviously, it was a weekend. They responded on Monday morning, saying that I applied for the wrong visa. 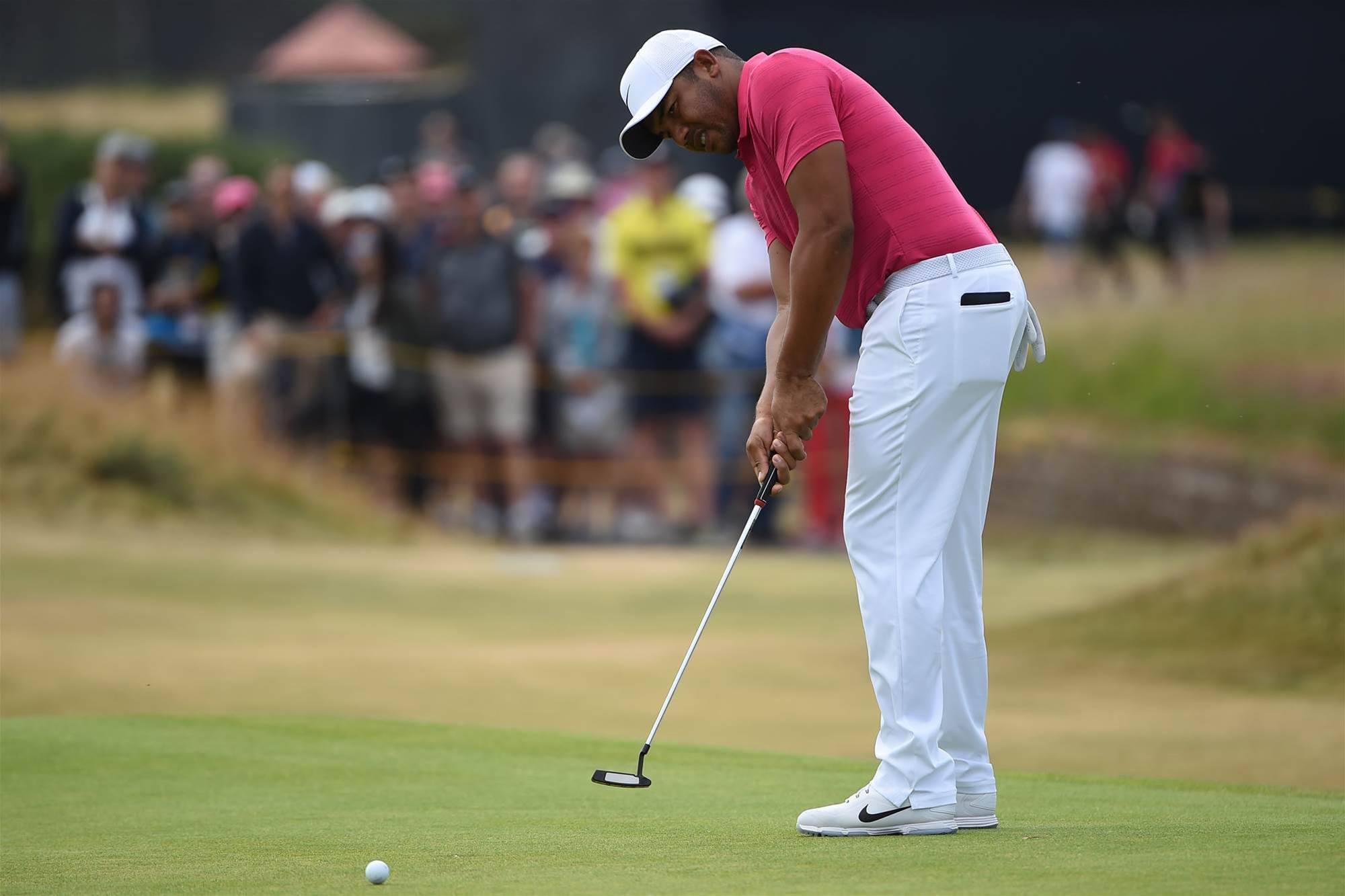 Jhonattan Vegas putts with a brand new putter during the opening round. PHOTO: Getty Images

“There's tons of things you can apply for. So it was the wrong visa. We fixed it on Monday, and I was supposed to be in Houston on Tuesday morning, to get our flight and be here Wednesday, right? Which still gives me a day to at least see the golf course, which would have been nice. But that didn't happen.

“Obviously, I got the reply, but that day something happened with UPS in New York and the whole UPS shut down. So the visa never left New York until late that day. I mean, I waited – I literally waited in a car in front of the consulate in Houston for seven hours, hoping for that visa to show up that day. It never did.

“I called my caddie, ‘Man, scramble some clubs, whatever you can find. Go ask.’ Luckily, the equipment vans are still here because, if it was the PGA Tour, it would have been gone, and I probably would have played with some member's clubs." – Jhonattan Vegas.

“So I went Wednesday morning, got it, got on a flight from Houston here through Toronto, and I got my agents to give me a helicopter ride from Glasgow here.”

But Vegas’ adventure to make the 1st tee did not end there.

He boarded the plane for Glasgow, but his TaylorMade clubs didn’t.

“My clubs decided not to show up today, which was nice that the only bag that didn't show up was my golf clubs,” Vegas said with a wry smile.

“I called my caddie, ‘Man, scramble some clubs, whatever you can find. Go ask.’ Luckily, the equipment vans are still here because, if it was the PGA Tour, it would have been gone, and I probably would have played with some member's clubs.

“I grabbed the clubs, went out and hit about 20 balls. Luckily, they were going forward, which was nice.

The 33-year-old's frantic late arrival at golf's oldest major clearly unsettled him as he opened his campaign with bogey fives at the 2nd and 3rd holes. He finished with a five over 76 and will need to shoot a low score to make the weekend.

Vegas is playing in the Open for the second time, having missed the cut on his debut appearance at Royal Birkdale last year. 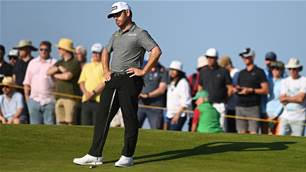