A four-member team has been named by the Emirates Golf Federation (EGF) to represent United Arab Emirates, the host nation, in the Women’s Amateur Asia-Pacific (WAAP) championship when it is held at the Abu Dhabi Golf Club from November 10-13.

Alia Al Emadi and Hamda Al Suwaidi, who have been regular members of the national team, will lead the challenge and, for the first time, the Emirates Golf Federation (EGF) has nominated two expatriate players from the Asia-Pacific region – India’s Natalii Gupta and Hannah Cheryl Alan – to play under the UAE flag.

Organised by The R&A and the Asia-Pacific Golf Confederation (APGC), WAAP has become an important championship on the calendar for the players, with the champion earning places at major championships – the AIG Women’s Open and the Amundi Evian Championship – and also an invitation to play in the Augusta National Women’s Amateur and Hana Bank Championship.

Among some of the top amateurs who have already confirmed their participation are Korea’s Youmin Hwang, who is the top-ranked player in the field at 5th in the World Amateur Golf Ranking. She is joined by the Chinese pair Xiaowen Yin who is ranked 7th in the WAGR and Lei Ye who is 17th.

Al Emadi, who recently won the Presidents Cup, the most prestigious tournament on the EGF’s schedule, has previous experience of participating in APGC events as part of the 2019 APGC Junior Championship in Japan where she paired with her brother Rashid. 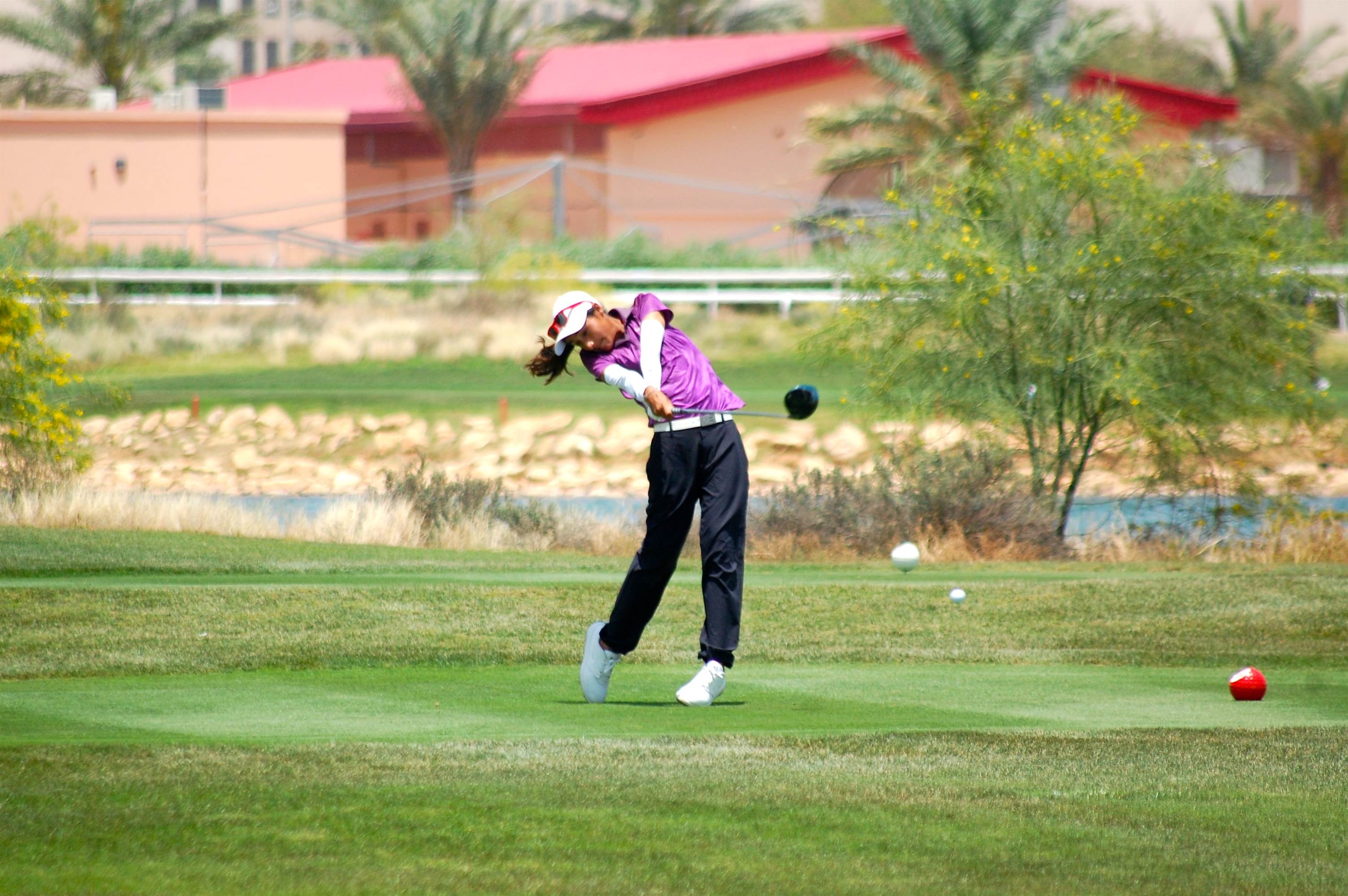 Natalii Gupta will represent the UAE in the women's event, while her brother will represent India in the Asia-Pacific Amateur the week prior. PHOTO: Supplied.

Al Emadi commented, “The Women’s Amateur Asia-Pacific is a real highlight for women golfers in the region and it’s very exciting that it is being played in Abu Dhabi this year. It is a great opportunity for us to play at home and measure ourselves against the best players in Asia-Pacific.

“I know all the UAE girls really want to play well. We definitely have local knowledge in our favour. Abu Dhabi Golf Club is a tough challenge but most of us have played it, so we know where the dangers are. It will be an amazing experience for us and hopefully we will play well and learn a lot.”

The 17-year-old Gupta, who was born and raised in Dubai, finished runner-up on the 2019-2020 EGF Order of Merit after winning three Ladies Opens and was delighted to receive the EGF nomination.

“The UAE and the EGF has played a big role in my development as a player. I am amazed by the opportunity to play a championship as significant as the Women’s Amateur Asia-Pacific under the UAE flag and I hope to make them proud with my performance,” said Gupta, whose twin brother Arjun will represent India in the 2021 Asia-Pacific Amateur Championship.

The WAAP – won in its inaugural playing by Thailand’s Atthaya Thitikul who has now won ten professional titles and by Japan’s Yuka Yasuda in 2019 – returns to the international golf schedule after not being played last year due to the pandemic.

Martin Slumbers, Chief Executive of The R&A, said, “One of our key objectives for the Women’s Amateur Asia-Pacific championship is to provide the best players in the region with the opportunity to compete in a world-class championship and gain all the knowledge and experience that brings.

“Already we have seen previous WAAP competitors go onto win on the world’s biggest stage with Yuka Saso and Patty Tavatanakit both winning major championships this year. We hope that this year’s field, including these fine players from the United Arab Emirates, will be inspired by their feats.”

The championship is also delighted to announce the support of the Abu Dhabi Sports Council who join a list of valued partners including Hana Financial Group, Nippon Kabaya Ohayo Holdings, Rolex, Samsung and Trust Golf who share The R&A’s commitment to developing golf in the Asia-Pacific.

“I know all the UAE girls really want to play well. We definitely have local knowledge in our favour. It will be an amazing experience for us and hopefully we will play well and learn a lot.” - Alia Al Emadi.

His Excellency Aref Al Awani, General Secretary of Abu Dhabi Sports Council (ADSC), added: “In Abu Dhabi, we have encouraged sports by the hosting events ranging from grassroots to elite professional level. We are delighted to host the elite amateurs from the region for the first time and are sure that the amazing golf courses of Abu Dhabi will impress the Women’s Amateur Asia-Pacific participants.”

It's Samsung’s second year of supporting the championship as a patron partner and Jerric Wong, Head of Corporate Marketing at Samsung Gulf Electronics, said: “Samsung is delighted to partner the APGC and The R&A in their mission to foster the finest golfing talent in the Asia-Pacific region. Championships like this play a very important role in developing many of our women golfers into world beaters in the future and we are happy to play a role in that process.”

The WAAP was developed by The R&A and APGC to unearth emerging talent and provide a pathway for Asia’s elite women amateurs to the international stage. The R&A launched the Women in Golf Charter in 2018 and is committed to increasing the participation of women in the sport. The WAAP is one of several key championships conducted by the governing body and a significant initiative along with the APGC to drive the popularity of women’s golf in the region.

His Excellency Shaikh Fahim Bin Sultan Al Qasimi, Chairman of the Emirates Golf Federation (EGF) added, “The EGF has actively invested in promoting women’s golf in the UAE. Be it by signing The R&A’s Women in Golf Charter, or hiring a female coach to train the UAE National Team. Our efforts with the National Junior Development Program (NJDP) are already paying off and playing in a championship of the stature of the Women’s Amateur Asia-Pacific will be a big motivation for them.”