Minjee Lee is feeling positive after sinking three priceless birdies in the last seven holes to finish the first round of the AIG Women’s Open three shots off the lead.

Chasing her second major of the year and women's golf's top ranking, Lee had initially struggled on Thursday, being one over par after six holes.

But a birdie on the 7th at Muirfield took her to the turn level with the card and, as she came back in, Australia's World No.2 climbed the leaderboard.

Former champion Hinako Shibuno led the field after carding a six-under-par 65 in the $A10 million event.

But Lee was left feeling "pretty good" to be lurking just three shots off the pace even after her slow start. 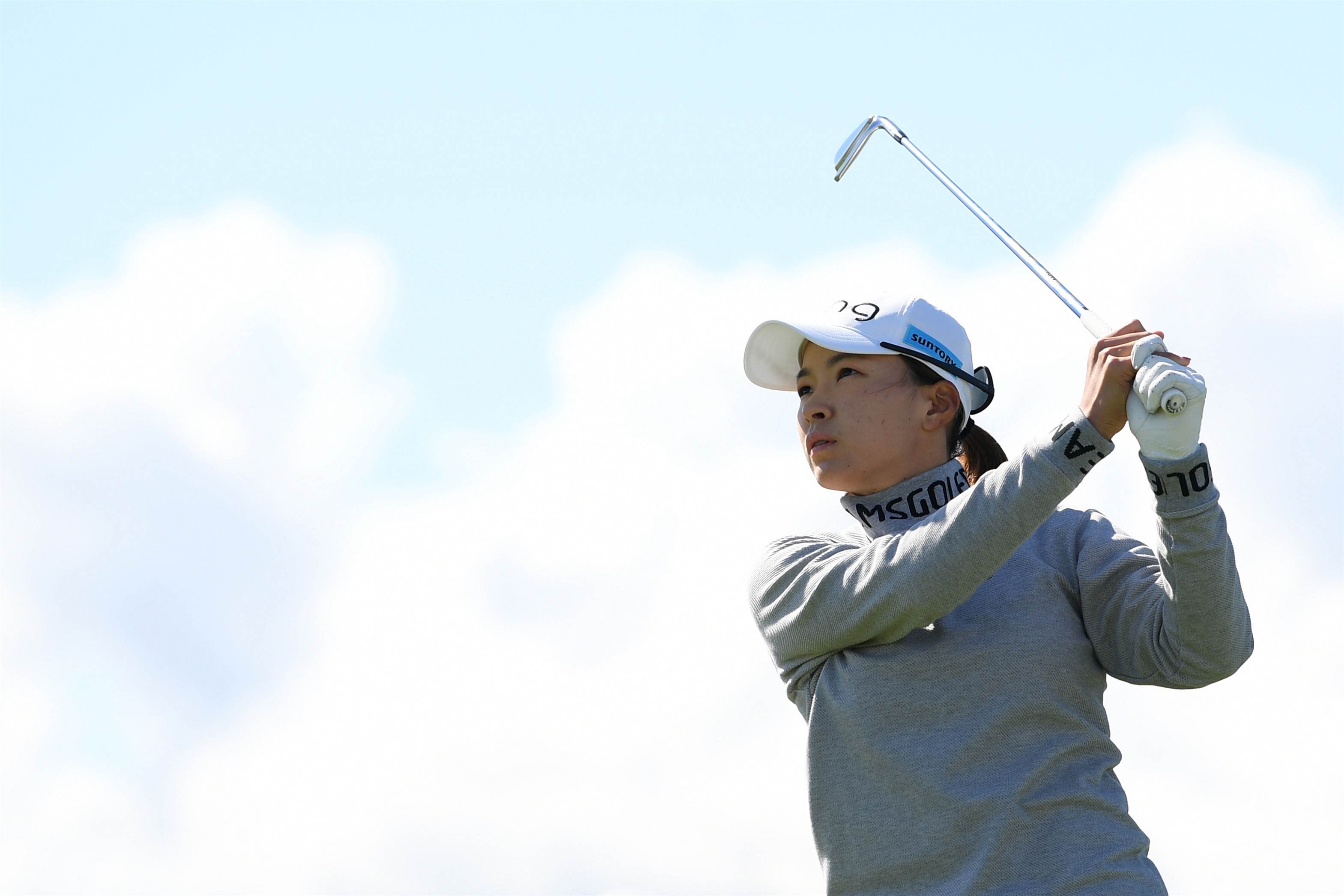 2019 winner Shibuno leads after round one at Muirfield. PHOTO: Octavio Passos/Getty Images.

"I made really quite a few good up-and-downs on the back nine," she said.

"And to be three-under the back nine, I think is quite good considering how 14 and 15 play really tough.

"The wind got up – it was pretty similar to yesterday when I played in the Pro-Am – so I think I got a little used to the conditions while I was out there yesterday."

Shibuno, who won her maiden major title at Woburn in 2019, made a flying start with birdies on the first three holes and finished with eight for her round.

The Japanese star has a one-stroke lead over American Jessica Korda with Scottish prodigy Louise Duncan two shots back alongside Mexico's Gabby Lopez.

"It has been a long time since I've played this well, especially putting. Honestly it was a little frightening," Shibuno said.

Korda recovered from an early bogey to record four birdies and an eagle on the 17th, despite having to play in borrowed clothes as her luggage failed to arrive.

"If anyone knows anyone at the Zurich airport that would like to put my suitcase on the one flight a day that they have coming into Edinburgh, I'd deeply appreciate it," the World No.14 said.

"I know where it is, I have an air tag on it. I can't get anyone to actually go get it.

Playing in the first group at 6.30am, Duncan recorded an eagle, four birdies and two bogeys to match her score from the opening round at Carnoustie 12 months ago, when she finished 10th while still an amateur.

"It was worth the 4:30 alarm," said the 22-year-old, who turned professional in July and missed the cut in her first event in the paid ranks last week. "I wouldn't be happy if it wasn't worth it.

"I made really quite a few good up-and-downs on the back nine. And to be three-under the back nine, I think is quite good considering how 14 and 15 play really tough." - Minjee Lee.

"I think the key is I didn't take it too seriously ... I haven't had a pay cheque and still feel like I'm an amateur. Yeah, I'm rolling with the punches and we'll see where it takes me."

Steph Kyriacou is the best of the other Australians in the field with a one-under 70 placing her equal 13th.

Hannah Green posted an even-par 71 and Whitney Hillier a one-over 72, but Su Oh never recovered from dropping three shots on the opening two holes, finishing with a 77.

The Aussies at the AIG Women's Open