Rising Australian golf star Steph Kyriacou has ended her Ladies European Tour season by banking a 70,000 Euro ($A112,000) windfall – the perfect late birthday present before she undertakes a marathon journey to the U.S. in a bid to earn her card on the LPGA Tour.

Kyriacou won a 50,000 Euro ($A80,000) bonus for finishing third in the Tour's season-long Order of Merit following a joint-fifth finish on Sunday at the concluding Andalucia Costa del Sol Open de Espana, which also earned her another 20,000 Euros ($A32,000).

It was a welcome present for the player who turned 21 in the week and who's now hoping to come of age as a golfer on both sides of the Atlantic when she flies to Alabama this week in a bid to earn her card at the LPGA qualifying series.

Kyriacou, who's now up to 77 in the world rankings, has earned an invite to the LPGA's Q-Series at the Robert Trent Jones Golf Trail by finishing as one of the top five in the LET's season-long Race to Costa del Sol.

On Sunday, she shot a final three-under-par round of 69 at the Marbella event which took her to equal-fifth place on five-under, 10 shots behind the tournament winner, Spain's Carlota Ciganda.

"I'm happy I played well and got third, also happy I have the opportunity to go to the States and try to get on the LPGA Tour. It has been a good year – but I can't wait then to go home." - Steph Kyriacou.

Kyriacou's tenth top-10 finish of the season, which included her second tournament win in the Netherlands in July, ensured she leapfrogged Finland's Sanna Nuutinen into third in the season-long Race, triggering the 50,000 Euros bonus.

"I'm happy I played well and got third, also happy I have the opportunity to go to the States and try to get on the LPGA Tour. It has been a good year – but I can't wait then to go home," admitted Kyriacou, who spent some of this season and all of last travelling with her father who acted as her caddie

Kyriacou, who won LET Rookie of the Year in 2020, has maintained her progress, saying: "I think my putting has been key. I have been working on that and tried to stay on top of it and my wedge game as well.

"I went through a rough patch in the middle of the year with my hitting and long game, so I need to keep on top of that."

Now there's one more big quest for her as she has to take three flights from Spain, via Paris and Atlanta, to get to Alabama for the Q-Series.

"It is going to be a quick turnaround with getting over the jet-lag, but the important thing is I have the opportunity," she said.

"It will help having Jeeno (Thailand's 18-year-old phenomenon Atthaya Thitikul, the runaway winner of the Race to Costa del Sol) there with me too because it will be nice to have someone that I know there.

"If I got status on both Tours, I would probably do a bit of both – it depends on which tournaments clash with what. We will figure that out when the time comes."

Ciganda delighted the home crowd as she cruised to victory on her 15-under total, four shots clear of Sweden's Maja Stark, who returned a 66 and seven ahead of third-placed Thitikul, who shot a closing 71. 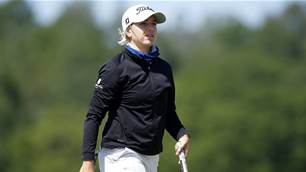 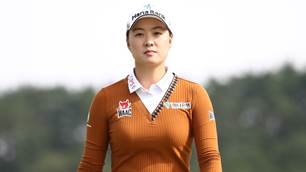