Sydney teenage amateur Steph Kyriacou has romped to an eight-stroke victory over a field of professional golfers at a Ladies European Tour event in Coffs Harbour.

The 19-year-old from Maroubra, in Sydney's east, posted a remarkable score of 22-under-par for the 72 holes, eight strokes better than her nearest rival and the world's 34th ranked player, Ayean Cho of Korea.

Kyriacou is a well-credentialed player with victories in some of Australia's biggest amateur events, but the win at the Australian Ladies Classic is a class above.

"I honestly don't know what to think right now. I'm lost for words, it's just amazing," she said in the immediate aftermath of the win.

"I got off to a slow start again on the first, but then it just clicked. I had a run of five birdies in a row I think, and just … everything was going my way." 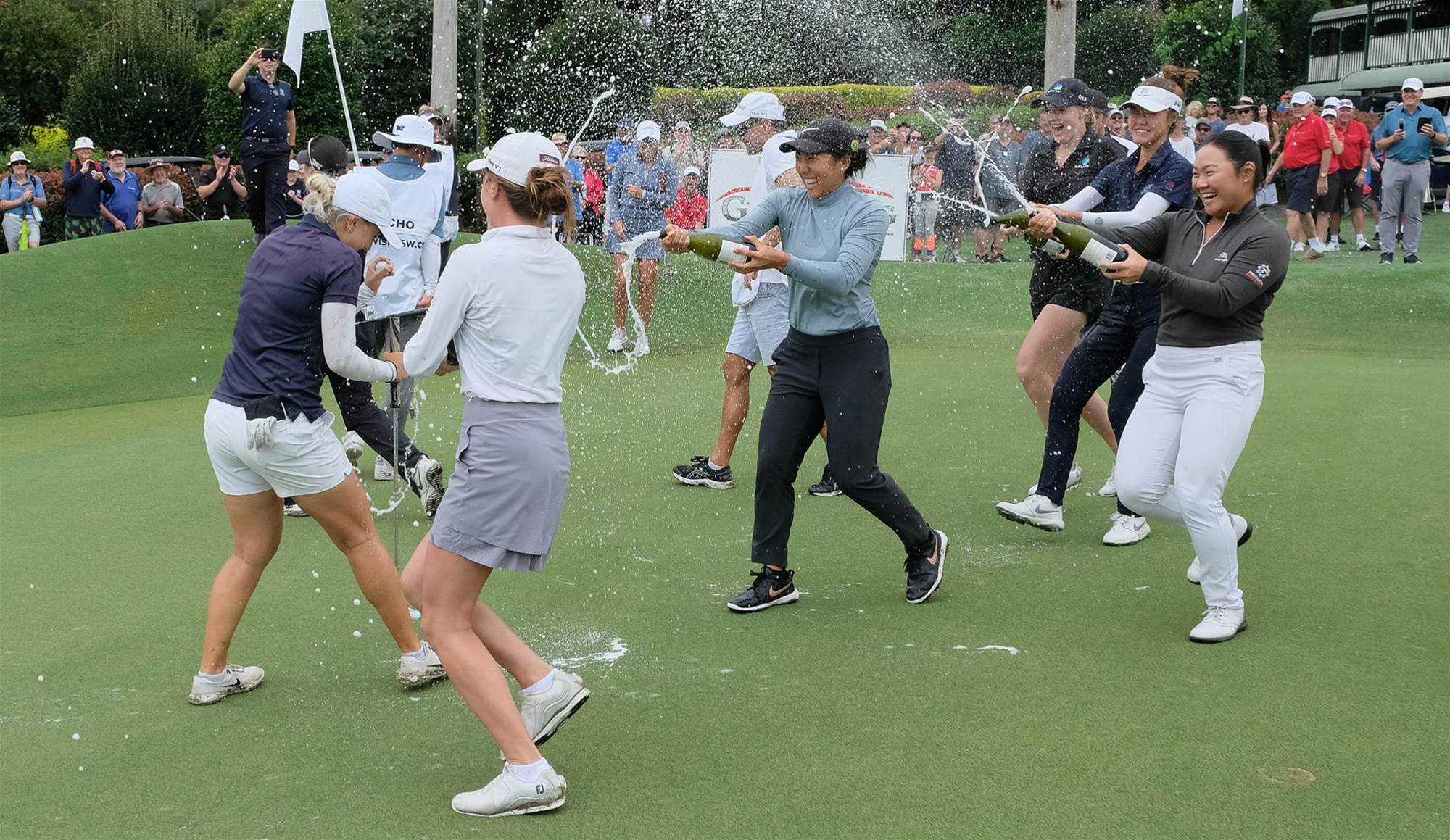 Kyriacou is showered with champagne on the 18th green at Bonville. PHOTO: Golf NSW.

Kyriacou blistered the opening nine holes in 6-under 29 to open a 10-shot lead and stun her professional challengers.

She had begun the round with a two-shot buffer but as others struggled she surged ahead with six birdies on the outward half and just one bogey for the day, at the difficult 16th.

By comparison, her playing partners in the final group were three and two over respectively, American Lauren Stephenson carding four bogeys and a lone birdie and Cho three birdies against a dropped shot.

There were some big names lurking as the final round got underway including Anne van Dam of The Netherlands and two-time NSW Women's Open champion Meg MacLaren.

But none in the chasing pack was able to match the youngster, Van Dam starting strong with two birdies in her first three holes but quickly faltering with a deflating bogey at the par-5 7th.

MacLaren began the day seven shots back but never made a dent with dropped shots at the first and third before limping to the finish line with three bogies in her last four holes to sign for 77.

The highest-ranked player in the field, Cho, played in the final group for the third straight week on her Australian visit but never found her rhythm Sunday.

After making the turn in 2-over 37, she improved in the run to the clubhouse with three birdies and a spectacular pitch in for eagle at the par-5 14th.

It all added up to a 2-under 70 at the end and second place alone at 14-under, eight shots adrift of the runaway leader but the consolation of claiming the full winner's cheque.

Van Dam and the third member of the final group, Stephenson, shared fifth place at 10-under for the tournament. 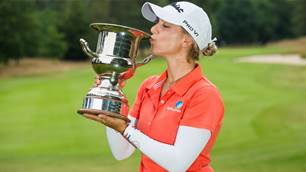