Matt Kuchar survived a nightmare on the front nine before claiming a three-shot victory over former World No.1 Justin Rose in his maiden appearance at the Singapore Open.

The American carded a triple bogey 8 before displaying tremendous resilience to sign for a one-under-par 70 and a winning total of 18-under 266.

Kuchar extended his overnight lead to four shots before running into serious trouble on the par-5 seventh hole.

His tee shot hit the root of a tree and he missed the ball in his first attempt to get it out from the trees.

Compounding his woes, his approach shot flew left of the green and went out of bounds. 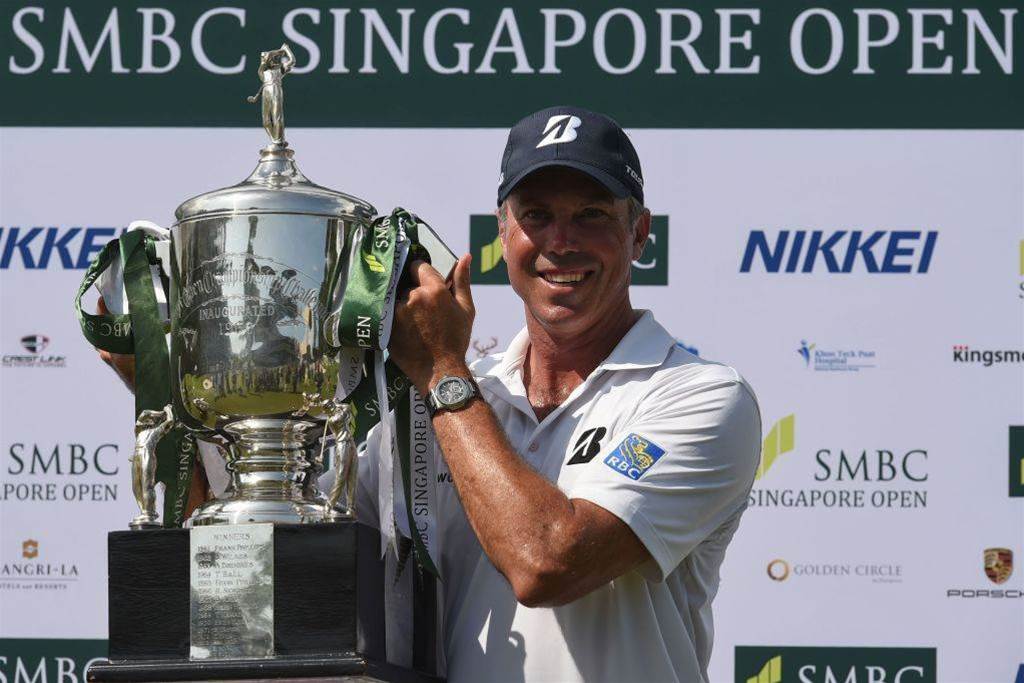 Kuchar steadied his round with three birdies on his back nine to win the tournament, co-sanctioned by the Asian Tour and Japan Golf Tour Organisation (JGTO).

"It was a thrill to be out there. It turned out to be quite a competition, much more of a competition than I was thinking it was going to be," said Kuchar.

Englishman Rose mounted a late charge on the back nine, sinking four birdies in six holes from the 11th but his 67 was not enough to overtake Kuchar.

Jazz Janewattananond's title defence did not materialise and the Thai finished third at 14 under with a closing 71.