Jin Young Ko is set to reclaim the World No.1 golf ranking after producing a blistering finish to win the LPGA Tour event in South Korea in a play-off.

Ko's 11th career LPGA victory – her fourth this year – is projected to take her past American Nelly Korda into top spot on the rankings.

Lim led by four strokes going into the final round, but Ko's flawless eight-birdie round allowed her to match her countrywoman at 22-under 266 as Lim shot a 68.

"I did return to that spot earlier than I expected. I'm going to do my best so that I can maintain that position." - Jin Young Ko.

"I wasn't that nervous going into the playoff. I think I was feeding off the confidence I had during the round," Ko said of her first-ever playoff.

Four players were tied for third, four strokes behind Ko and Lim, including South Korean-born New Zealander Lydia Ko after a 64.

Australia's Minjee Lee was near the leaders midway through tournament but faded and a final round 71 left her tied 12th, nine shots outside the play-off.

But Ko finished with a one-under 71 on Thursday to end the streak. She's now started a new one, shooting 64-67-64 to finish the tournament.

Ko won her third title of the season at the Cognizant Founders Cup in New Jersey earlier this month, her third win in her past six starts, a stretch that includes a runner-up finish and a sixth-place finish.

And now she's back at World No.1 she aims to stay a while.

"I felt if I worked hard I might have a chance this year," said Ko." So I did return to that spot earlier than I expected. I'm going to do my best so that I can maintain that position." 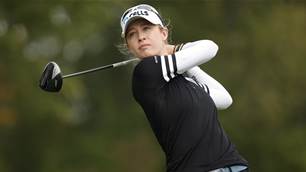 Nelly surprised to be No.1 again 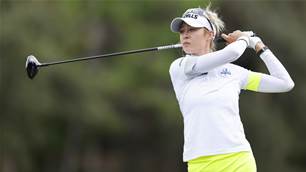