Sei Young Kim hit the putt of her life, a 25-foot birdie on the final hole of the Tour Championship to win US$1.5 million (AU$2.2 million), the richest prize in the history of women's golf.

Kim closed with a two-under 70 to beat an unlikely foe Sunday at Tiburon Golf Club by a stroke.

Charley Hull of England birdied her last three holes for a 66, the last one a 12-footer that gave her a share of the lead.

Kim, who looked shaky in missing three straight birdie chances from 12 feet, tugged her approach to the top of a crown at the back of the green.

The winning putt – the money putt – was hit with perfect pace and broke sharply to the right as Kim pumped her fists in disbelief.

She finished a wire-to-wire victory for her third LPGA Tour title of the year and 10th of her career.

This was memorable for the finish and the reward. 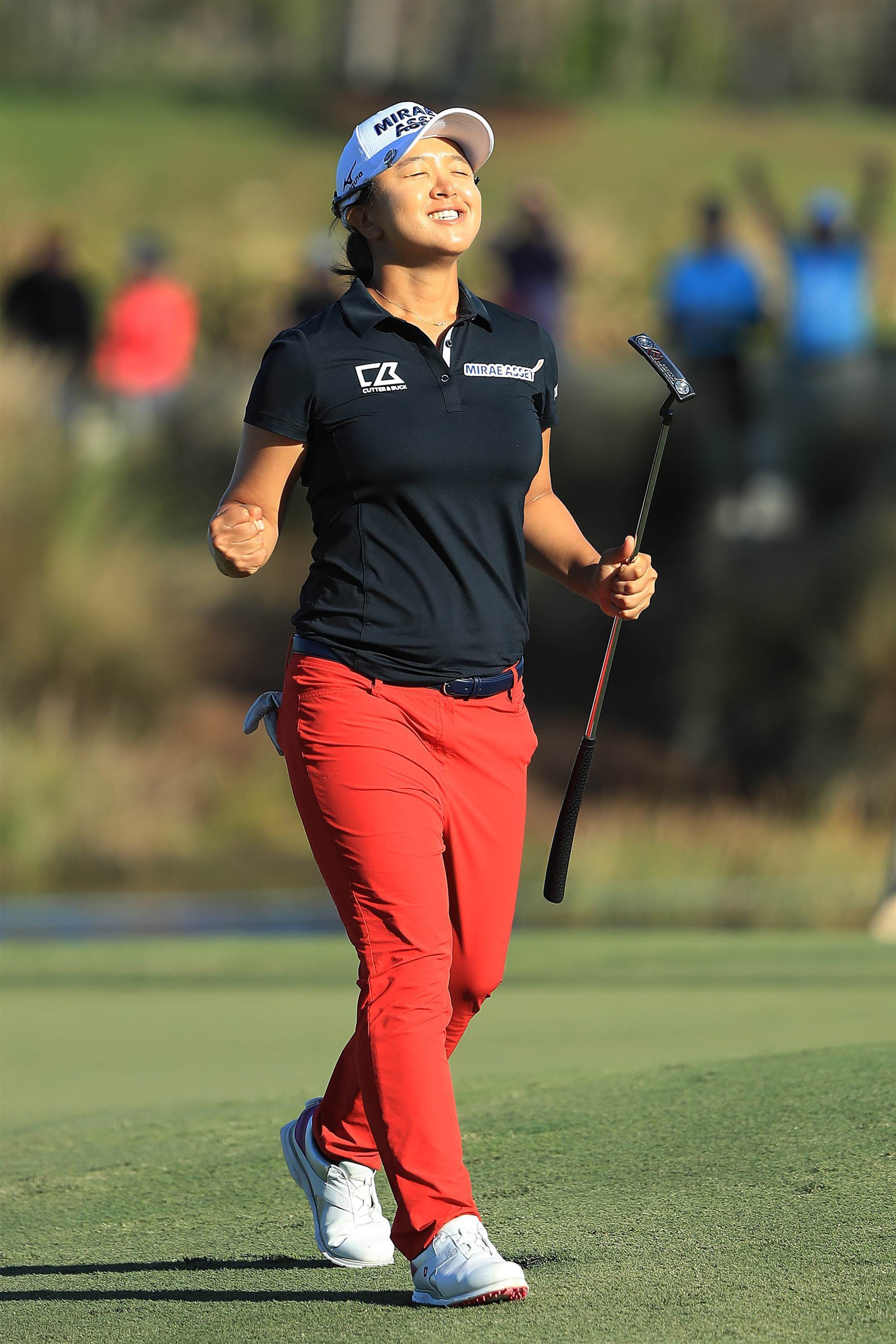 Kim, who never trailed during the final round, was feeling the heat coming down the stretch as Hull took aim.

She birdied five of her last seven, and when she saw the leaderboard on the 15th, she figured she would have to birdie everything coming.

From short of the green on the par-5 17th, she hit putter up the slope to tap-in range to get within one shot of Kim.

And on the 18th, she walked in the birdie putt.

Walking up the 18th, Kim realised Hull had tied her.

"I didn't know Charley finished at 17 (under)," Kim said at the trophy presentation.

"What if I couldn't make it? I could go to a playoff. It's not good for me. It was really nervous when walking through hole 18."

She set nerves aside and made the only putt that mattered to finish at 18-under – the US$1.5 million (AU$2.2 million) was more than she had made all year.

Su Oh was the leading Australian at 13-under in a tie for sixth after she carded a 69.

Compatriot Katherine Kirk signed off with a 67 to be in a tie for 18 at 10-under. Meanwhile, Australia's No.1 Minjee Lee faded to 55th at five-over, one shot clear of Hannah Green in a share of 56th.