In career-best form in the US this year, Kemp led two-up with three holes to play only for World No.10 Tavatanakit to grab a share of the spoils with a birdie on 18.

None of the other three Australians in action this week won, with Hannah Green and Su Oh beaten while Minjee Lee took a half from her meeting with American Jaye Marie Green.

The event is the LPGA Tour's first match play event since 2017 and features 16 groups of four.

After three days of group play matches, the event moves to a 16-player, single-elimination format.

The Aussie quartet will have two more matches in the round-robin stage to try to qualify for the weekend's knockout rounds.

Kemp made five birdies in her match against major winner Tavatanakit but a par at the par-five 18th was not enough to hang on for the win.

Top-seeded in her group, Green lost 3&2 to American Gerina Piller, who won five of seven holes midway through their match.

Lee had to come from one down with two to play while Oh lost 3&1 to former World No.1 Sung Hyun Park.

Meanwhile, World No.2 Inbee Park got up-and-down for birdie to win the par-5 last to tie unheralded Jennifer Chang.

Top-ranked Jin Young Ko won 4&2 over American Natalie Gulbis, who got into the field as sponsor exemption replacement for Michelle Wie West.

"My swing feel wasn't good, so I try to find which feel is better for my swing," Ko said.

Third-ranked Sei Young Kim won the 18th with a par to tie Ayako Uehara while fifth-ranked Brooke Henderson fell 1-up to Jenny Coleman. 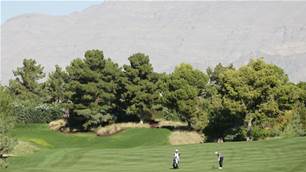 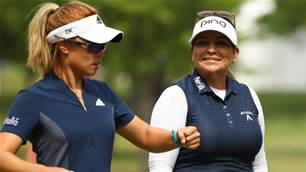