Thai golf duo Jazz Janewattananond and Gunn Charoenkul have found added motivation ahead of the men’s golf competition at the Olympic Games Tokyo 2020 after finding inspiration from compatriot Panipak Wongpattanakit, who won gold in the women's taekwondo 49kg event.

Both golfers were glued to the TV screen in the Olympic Village on Saturday night when the 23-year-old Panipak delivered Thailand’s first gold medal of the Games with a victory in the final seconds against Spain's Adriana Cerezo Iglesias.

“Gunn and I watched Thailand take gold, and it was pretty amazing even watching it on TV,” said Jazz, who is a six-time Asian Tour winner. “We were like, ‘Oh my God, this is happening and we’re getting a medal.’ It kind of kickstarted our emotions a little bit and we’re now thinking it’s possible even in our sport to win a medal and let’s go do it.”

The 25-year-old Jazz and Gunn, 29, are making their Olympic debuts at Kasumigaseki Country Club starting on Thursday where they hope to land Thailand’s first-ever medal in the men’s golf competition. Five years ago in Rio, Kiradech Aphibarnrat tied for fifth and Thongchai Jaidee finished 15th. 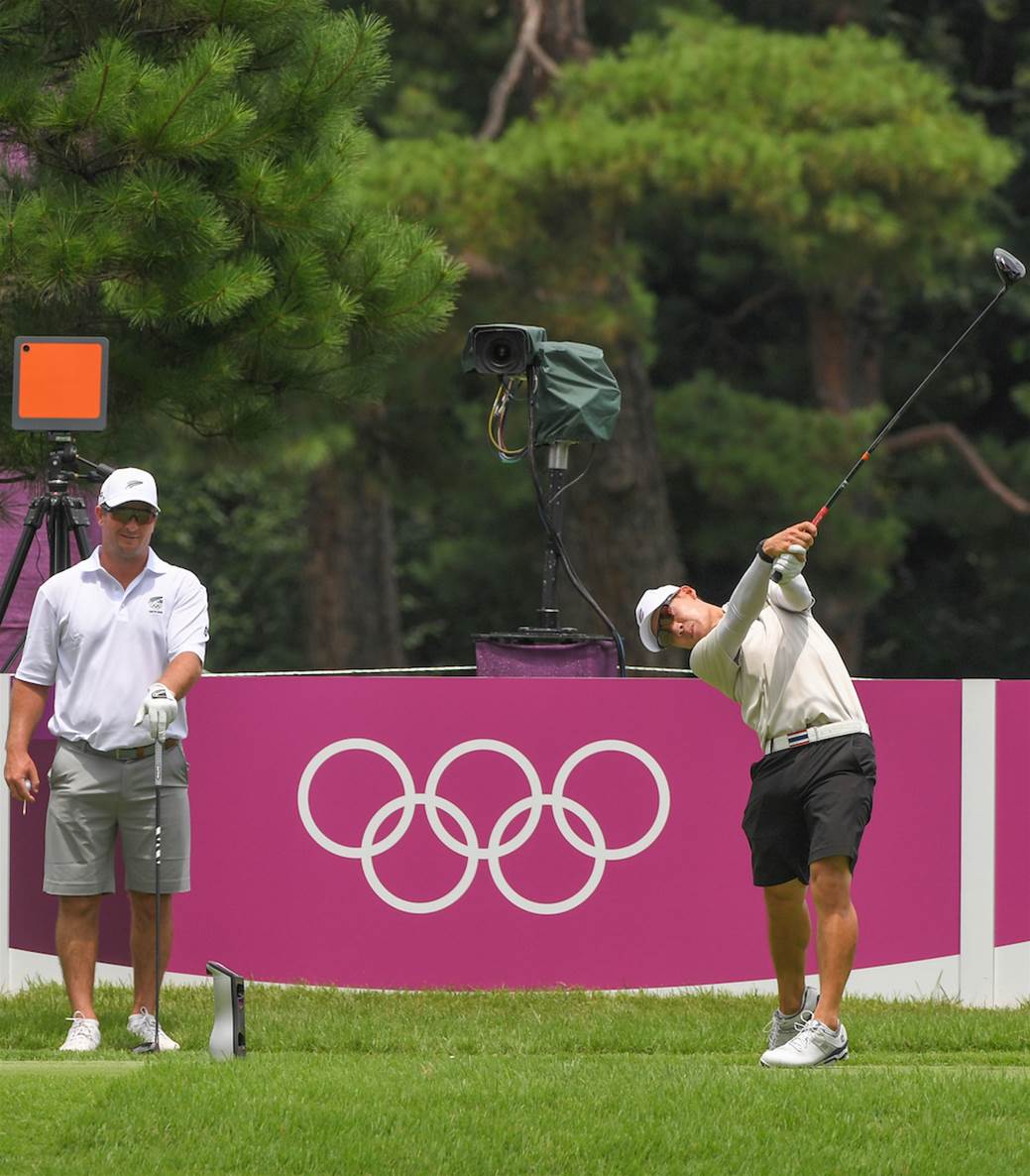 Jazz, who is ranked 145th in the world, said being amongst other Olympians has been an amazing experience so far. “It’s pretty surreal. It didn’t hit me until pretty much arriving at the Games Village and walking around, going to the gym and walking to the recreation centre. It really hit me that I’m really one of the Olympians now.

Back in the day, golf wasn’t in the Olympics, so I kind of had to pinch myself that I’m here now and representing Thailand. The dream is to get the gold but if you say ‘Jazz, you can go home now with any medal’, I’ll gladly take it.”

Gunn, a two-time winner on PGA Tour Series-China and a regular on the Japan Golf Tour, said Panipak’s last-gasp victory in the martial arts event was awe-inspiring. “We were sitting on our couch and there were three Thai guys watching Thailand vs Spain and it was kind of scary at the same time as there were quite a few Spain athletes behind us! We kind of won gold in the last 15 seconds and overtook Spain by one point. It shows it can be done,” said Gunn.

“The Olympics are big in our home country,” Gunn added. “It’s also my first time representing my national team so I’m really proud and happy to be here. Not everybody gets a chance to compete in the Olympics. It’s massive. Everyone back home holds the Olympics higher than the majors. I’m just humbled to be here.”

Jazz competed in the 2010 Asia Pacific Amateur Championship at Kasumigaseki as a 14-year-old but has no recollection of his time at the historic venue. It was the same event that saw Hideki Matsuyama of Japan claim a five-stroke victory which propelled his golf career on the PGA Tour. Matsuyama, the reigning Masters champion, will carry Japan’s golden hopes this week.

“I can’t remember much but it is good to be back,” said Jazz. “The course looks really nice, and the greens are pure. I played on the Japan Tour in 2019 and hope I can use my experience for this week. It’s just amazing to have the Thai flag on my shirt. I turned professional early so I didn’t have a chance to represent Thailand too much although we do it when we’re on Tour. But it’s not quite like this. This is different. We’re playing for Thailand and words can’t explain how it feels to be doing this.”

Gunn reckons the par-71, 7,447-yard Kasumigaseki’s East course could produce low scores with how conditions are set up. “This is a pretty long course,” he said. “With the weather forecast, the fairway might get softer and we’ll have long irons in. Some greens are really undulating too and you have to put your ball in the right spots to give yourself chances. The greens are soft and you can go really low. It could be 20 under and better.”

After green jacket and COVID Hideki has medal in sights