A six-member Japanese contingent is not just motivated to keep the Women’s Amateur Asia-Pacific championship (WAAP) trophy at home but also to continue what has been an outstanding year of golf for the country.

The third edition of WAAP, organised by The R&A and the Asia-Pacific Golf Confederation (APGC), is being held this week at the iconic Abu Dhabi Golf Club. The first round for the four-day championship begins Wednesday

The WAAP was won in its inaugural year by Thailand’s Atthaya Thitikul, who won the LET’s 2021 Race to Costa Del Sol ranking, and by Japan’s Yuka Yasuda in 2019. A total of 78 players from 15 nations are competing this week.

Continuing on from Yasuda, Japanese golfers are experiencing a purple patch of success with Hideki Matsuyama winning the Masters Tournament, followed by the PGA Tour’s Zozo Championship at home, and Tsubasa Kajitani triumphing at the Augusta National Women’s Amateur earlier this year. 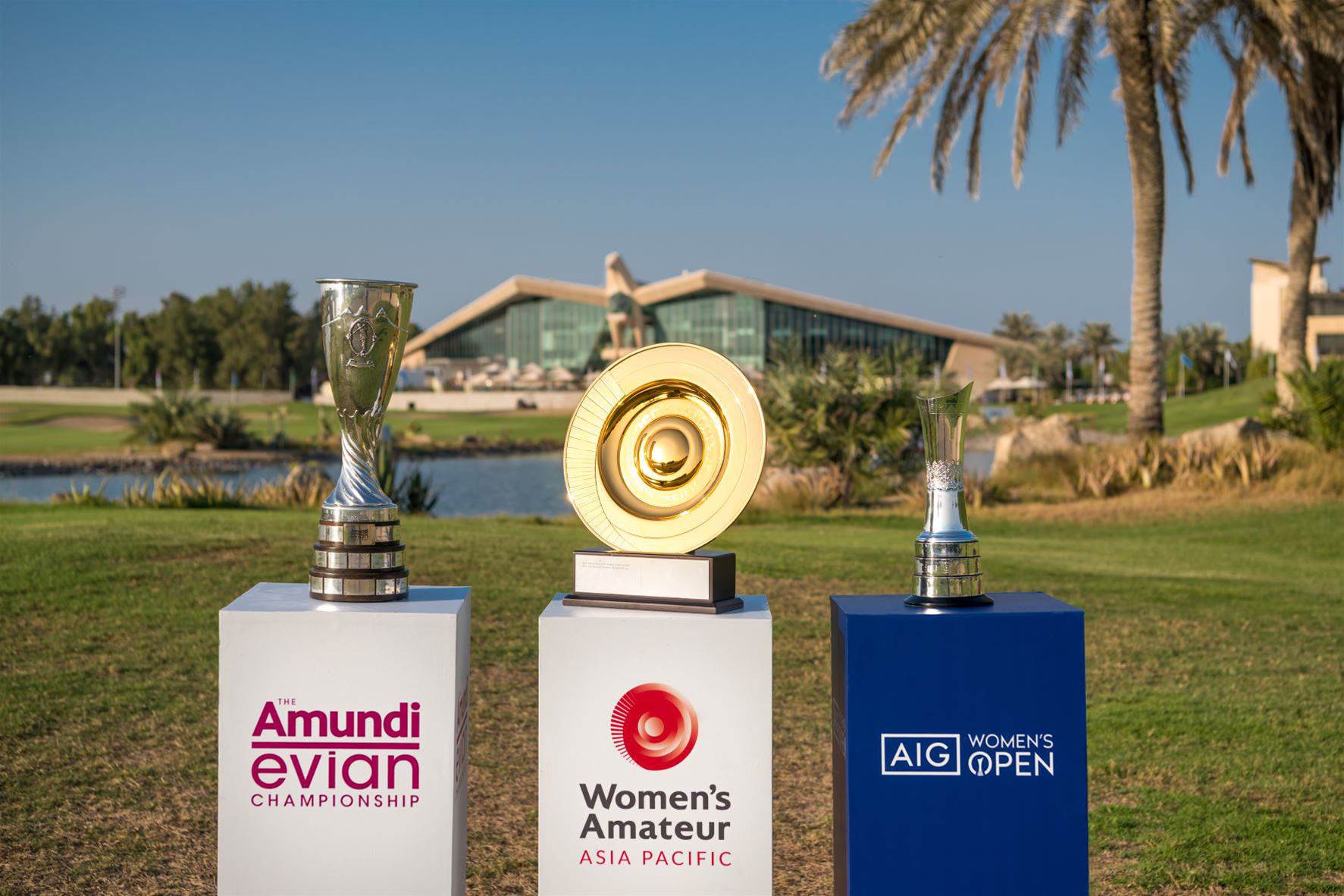 Players are not only competing for the trophy this week (centre) but spots in the Evian Championship, AIG Women's Open and Augusta National Women's Amateur. PHOTO: WAAP2021.

“It’s been a big year for Japanese golf, surely,” said 17-year-old Ayaka Tezuka, the highest-ranked Japanese player in the field at No.23 on the WAGR who is making her championship debut. “The Women’s Amateur Asia-Pacific is one of the most important championships we play all year so, of course, I want to play well.

“Seeing Keita-san wining the AAC motivates me so much. This has been such a big year starting with Matsuyama-san and Kajitani-san’s win in Augusta. I am so happy that I am able to play in this championship and have a chance to add to Japan’s happiness.

“When I got the information that I would be invited to the WAAP I was so happy because I know that Yasuda-san won this event the last time and so many other senpai (seniors) have played this event. I know this is a big challenge for me but I would like to enjoy the whole experience and learn a lot from all other players. I am ready to give it my best shot and perform well this week.”

Thailand’s chances of producing a second WAAP champion after Thitikul will rest on the shoulders of the diminutive Rina Tatematsu, the highest-ranked player from her country at No.65. She is in fantastic form having won the individual title at her last college event playing for Oklahoma State University. Her team later went on to win the team match play event as well.

“This is my first time in Abu Dhabi, and I love the course, I love this place. It looks pretty and I’m just really excited,” said Tatematsu. “So, we just came back from East Lake Club, and it was a really great experience. I learn a lot from every tournament, so hopefully I can bring my experience here this week too.

“However, the East Lake Club was two weeks ago, so it’s done. I have just reset my mindset. Of course, I have a good feeling but I've got to stay in the present and looking forward for what’s coming next.

“I want to play the best that I can, but I’m just not thinking too much about anything. I’m just focusing on the present, to do my best and see how it goes.”

The host UAE team comprises of Alia Al Emadi and Hamda Al Suwaidi, who have been a regular part of the National team, and India’s Natalii Gupta and Hannah Cheryl Alanm, who have been nominated by Emirates Golf Federation to play for the UAE.

WAAP is one of the most important events on the calendar for players from the Asia-Pacific region, with the champion golfer a place in two major championship fields -the AIG Women’s Open and The Amundi Evian Championship, as well as an invitation to play in the Augusta National Women’s Amateur.