The South Korean professional golfer, who owns a wildly unorthodox swing, delivered a hilarious press conference on Tuesday before his PGA Tour debut at the famed California tournament.

He jogged into the media centre, bowed to reporters and even stood up from his dais to re-enact how bizarre his swing initially was when he started playing golf in his late 20s.

The 45-year-old became a global social media celebrity in June last year when footage went viral of Choi's colourful on-course antics at the Korean Open – including twists, turns and bows when reacting to his golf shots.

The Pebble Beach Pro-Am is one of the highest-profile tournaments on the PGA Tour due to its strong field and number of high-profile actors, sports stars and musicians playing on the amateur side of the draw.

"I have the honour to play all three courses here and, just because of such beautiful scenery, I couldn't even focus on where my ball was going.” – Ho-sung Choi

But Choi says he won't tone down his behaviour or swing at Pebble Beach, where he is playing on as a sponsor's invitation.

"Personally, I love my swing," he said through an interpreter.

"I didn't start golf until I was in my late 20s, so I didn't take any lessons growing up.

"I might not have as much (flexibility) compared to the other Tour players but I do what I can with what I have."

Choi, who has won twice on the highly-regarded Japan Tour including the Casio World Open late last year, had never been to the US before arriving in California this week.

He played Pebble Beach on Tuesday and will play one of the other two courses used for the tournament – Spyglass Hill or Monterey Peninsula Shore Course – on Wednesday.

"I have the honour to play all three courses here and, just because of such beautiful scenery, I couldn't even focus on where my ball was going," Choi said of Pebble Beach Golf Links, which is set on the famed Monterey Peninsula.

"Just looking at the ocean and looking at all the scenery out here has been amazing and that's been my favourite part." 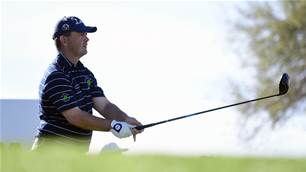 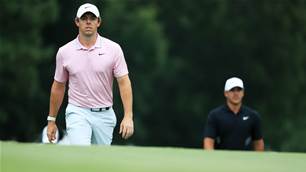 McIlroy returns to World No.1 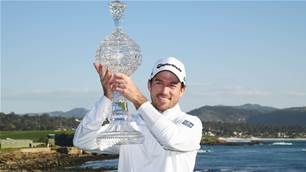