Jason Day has not given up hope of contesting the elite Players Championship despite nursing a back injury that forced his withdrawal from last week's Arnold Palmer Invitational.

The former World No.1 walked off Orlando's Bay Hill course on Friday midway through the second round of the Palmer event he won in 2016.

Still feeling stiff in the back, Day was unable to practice but scouted the TPC Sawgrass course on Monday with the intention of teeing it up at golf's unofficial fifth major, which starts Thursday.

"I just did some walking today; I'm trying to stay rested," Day told AAP in Florida. "I walked nine holes to have a look at TPC Sawgrass. We walked the back nine."

Day's eagerness to compete at the Players – which features the strongest field in world golf – is because he won the 2016 edition at TPC Sawgrass by four shots, during which he equalled the course record 63.

Day is also keen to test himself against the world's best golfers with the Masters at Augusta National just four weeks away.

He tied for fifth at Augusta National last year, two shots behind winner Tiger Woods, after sharing the 36-hole lead.

"I just did some walking today; I'm trying to stay rested.” – Jason Day

If he wasn't to compete at the Players, Day is likely to only have one tournament to sharpen up for the Masters – the World Golf Championships-Match Play event.

The Queenslander's latest withdrawal – the 10th of his PGA Tour career – is related to a chronic back injury that he battled throughout 2019.

"Jason had some stiffness in his lower back on putting green before round," Day's agent Bud Martin said in a statement last week. "He tried to play through it but it stiffened up again later on the golf course."

The ailment forced him to skip a trip home to Australia for the Australian Open in Sydney and the Presidents Cup in Melbourne.

However, Day was in a similar position last year when he also walked off the course at Bay Hill before receiving four cortisone injections which helped him earn a tie for eighth at the 2019 Players.

The Players is the PGA Tour's flagship event and commissioner Jay Monahan recently beefed up the total purse to US$15 million, with the winner taking home US$2.7 million.

The $2.7 million will be the highest winner's payout on the PGA Tour. 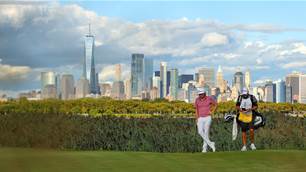