That it is a game for all ages, shapes and sizes is one of golf’s proudest boasts. It is also a sport that can be played with distinction in so many different ways. And in that respect, there is much to admire about Patrick Reed.

In an era that is more and more marked by an increasingly robotic and scientific approach at the highest level, the former Masters champion remains a true artist.

Despite the one-dimensional constraints that are an unfortunate consequence of modern clubs and balls, Reed remains a shot-maker, a shot-shaper. A variety of ball-flights characterise his play. His short game is a thing of beauty too, marrying his imaginative and creative mind with sound technique and the requisite touch, feel and flair. No wonder then, that he is clearly drawn to the wider range of tests and courses available on the European Tour. He’s never admitted as much, but it’s a safe bet that much of what he sees on the PGA Tour is, for him, tedious at best.

So Reed is a helluva golfer, one to be admired by all – at least when it comes to what most people think that means. There is much to applaud in the way he goes about getting small white balls into intriguingly located small holes. A couple of years ago, the former Junior British Open champion had this to say about competing in the Scottish Open at Gullane, one of my homeland’s finest seaside links:

"Reed isn’t really a golfer. Not in the purest sense of the word. Not in his heart. And not – especially – in his soul. " – John Huggan.

“I enjoy the different questions we get asked over here. There are like ten different ways you can play every shot. So you have to commit to one way and allow all that other noise in your head to escape. In that respect, links golf is more mental than physical. On tour, we all have the physical talent. But the winner here will always be the guy who can really believe the ball will fly a certain number and let it run to the hole. Or the guy who can hit a shot so far off what appears to be the correct line, yet know for certain that the ball will get back to the flag.”

Isn’t that just the sort of stuff we all want to hear from one of the best players on the planet? Prosaic chatter extolling the esoteric aspects of technique and the “joy” of sheer repetition is not for Reed. Instead, whatever the situation confronting him might be, we have here a creator of shots. That’s proper golf, a consummate marriage of swing, trajectory and visualisation to the landscape. 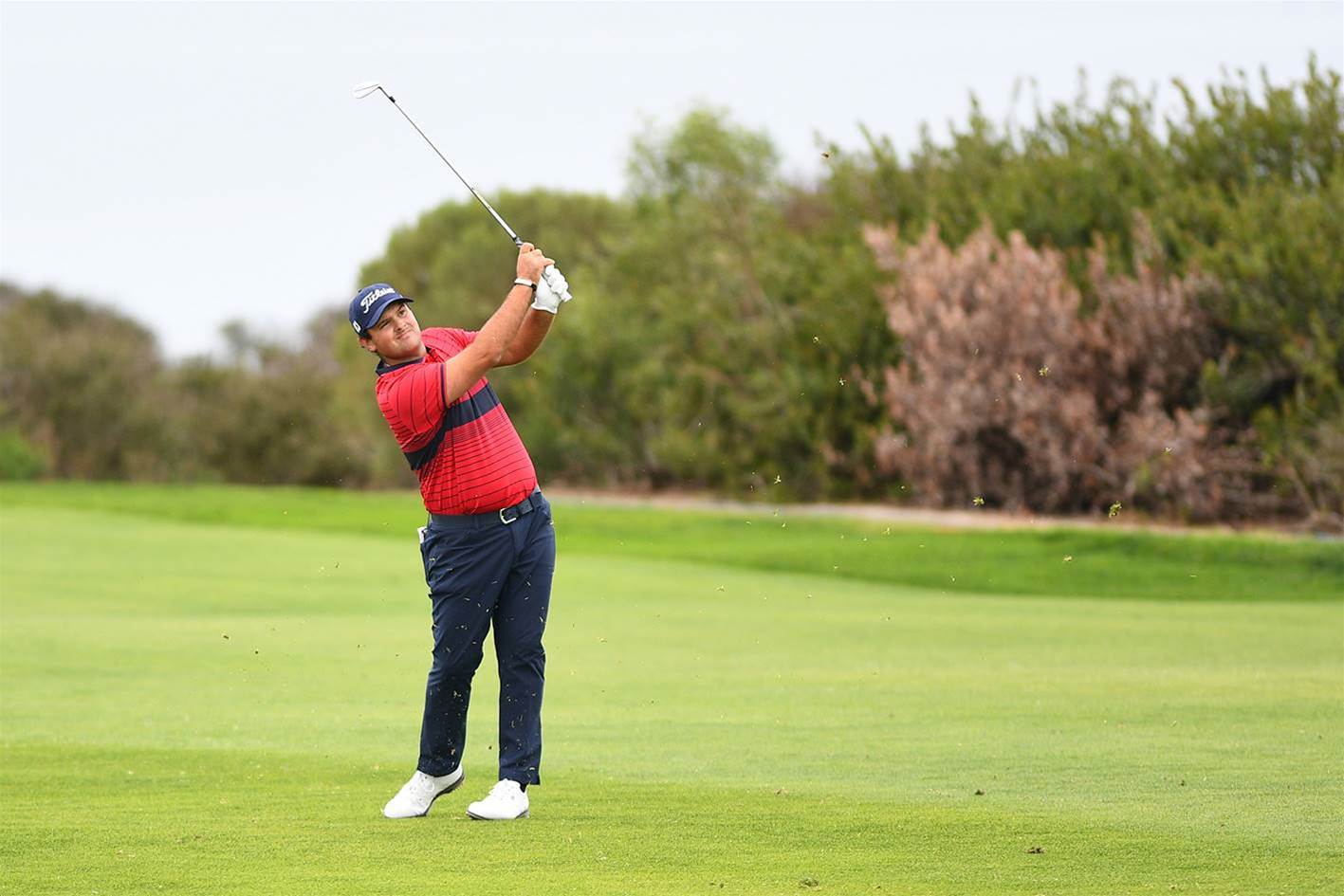 Reed is a helluva golfer, one to be admired by all, according to Huggan. PHOTO: Getty Images.

But here comes the but. And it’s a whopper.

Reed isn’t really a golfer. Not in the purest sense of the word. Not in his heart. And not – especially – in his soul. In contrast to so many of the game’s greatest American exponents – Bobby Jones, Ben Hogan, Arnold Palmer, Jack Nicklaus and Tom Watson come immediately to mind – Reed has no on-course character. While his older compatriots epitomise all that is great about not just playing the game well, but really playing the game, Reed too often does the opposite.

Indeed, it is painful to think of Reed’s tenuous relationship with the tenets and intents of golf’s rulebook. But it would be unwise to speculate that he has never delved into the intricacies of that esteemed volume. Such an assumption is more than likely to be erroneous. Reed has clearly availed himself of at least a working knowledge of our game’s regulations. How else would he be able to so deviously take advantage of loopholes the vast majority have never contemplated?

He’s not alone in that failing, of course. No one likes to admit as much, but elite golf’s history is littered with miscreants devoid of feeling for what the game really means. One suspects we all know who those men (and women) are. We’ve all heard the stories that cannot be printed for legal reasons. Sadly, if golf really is a metaphor for life and the ultimate test of one’s temperament, personality and psyche, many have failed that examination. And yes, it is frustrating that libel and defamation laws do so much to protect those guilty parties. They deserve to be exposed.

It is one of golf’s truisms that many players who are less than great have won major championships, but every truly great player has at least one of the four most important titles to his name. The same might be said of integrity. Many “less than greats” have that basic quality, but to be truly great honesty/rectitude/probity/ethics – call it what you will – is surely a pre-requisite. Patrick Reed fails that test. History might one day label him a great player. But he will never be a great golfer.