Lucas Herbert believes his hard-fought journey through golf's professional ranks has prepared him for his major championship debut at the US Open this week.

Nothing has come easy for the Bendigo native.

As a star amateur in 2014, Herbert famously drove 11 hours overnight from Melbourne to Sydney to tee up at an Australian Open qualifier after finishing the Australian Masters the day before.

The then 18-year-old won a spot in the Open field and finished as the low amateur, tied for 23rd behind winner Jordan Spieth.

As a rookie pro in 2016, Herbert was used in a broadcast promotion for the Australian summer of golf on the Seven Network without a start in any of the events.

He took to social media with a series of tongue-in-cheek tweets at governing body Golf Australia, before receiving a sponsor's invitation to the Australian Open where he tied 20th.

This year, two third-place results at European Tour events in Perth (co-sanctioned) and Italy propelled the 22-year-old to World No.159, paving the way for a gutsy performance at US Open sectional qualifying in Oregon two weeks ago.

He almost tied the course record at Portland Golf Club, held by golf great Ben Hogan, en route to winning the qualifier by three shots and booking his place in the field at Shinnecock Hills. 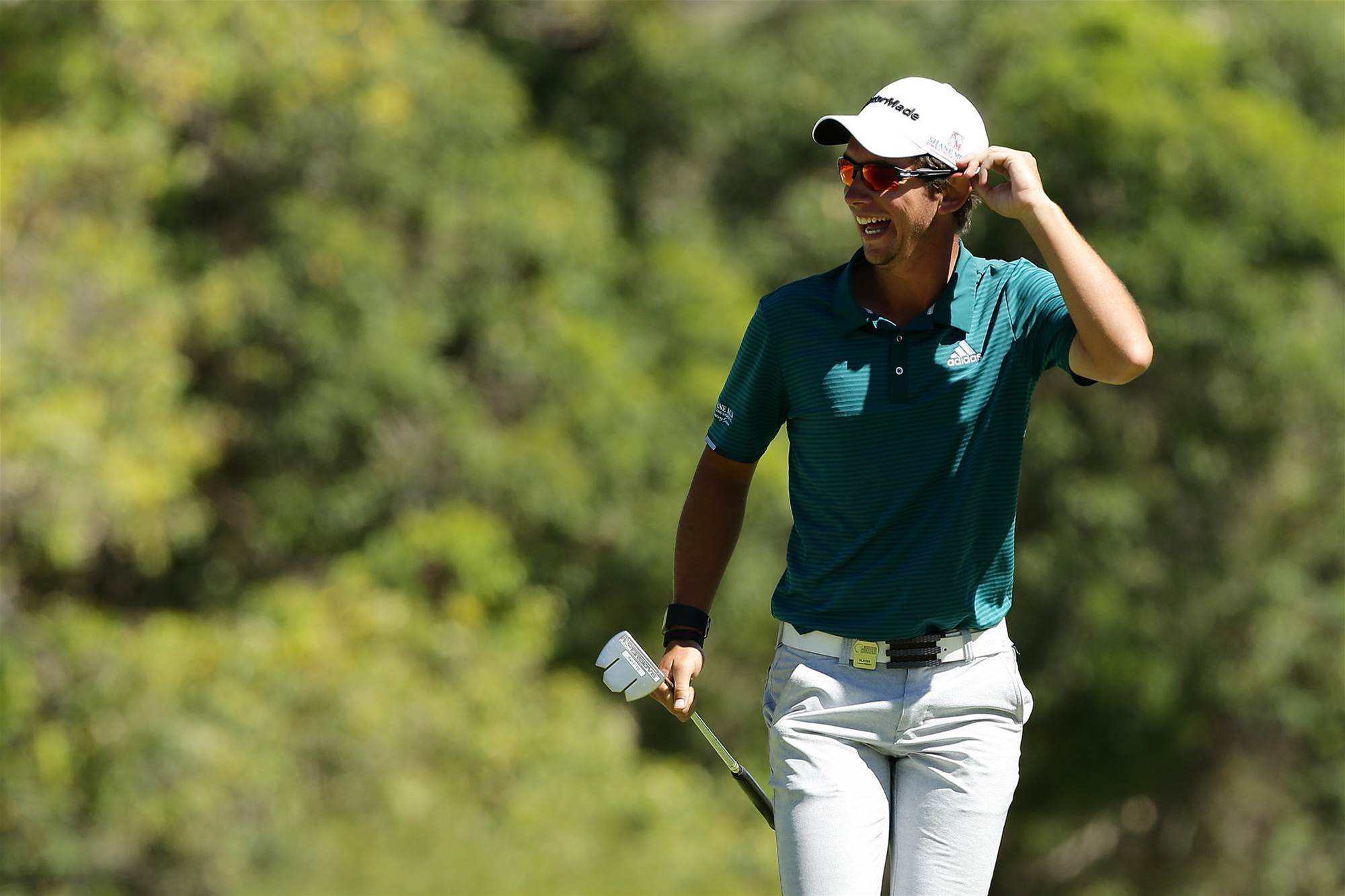 Herbert will make his major championship debut at Shinnecock Hills and is also exempt in the Open Championship. PHOTO: Will Russell/Getty Images

"(Initially) that didn't sit well with me but eventually I thought, 'Well I am going to have to do it my own way'," Herbert said.

"Now I don't really rely on anything, or anyone, other than the great team I have around me.

"That puts more of a focus on figuring out how to play my way into events, rather than waiting for a handout."

Herbert will tee up alongside Brian Stuard and amateur Stewart Hagestad for the opening rounds of the year's second major.

He is also exempt in the Open Championship at Carnoustie next month courtesy of a hot finish at the Singapore Open earlier this year.

"I have been playing well in Europe and I have played my way into two majors this year, all off my own back," Herbert said.

"It's pleasing to see I'm progressing the way I wanted to.

"I'm pretty pumped to make my major championship debut (at the US Open).

"It's definitely something you dream about as a kid growing up and playing golf."

The Aussies at The Country Club