Australia's Lucas Herbert has made a stuttering start to the defence of his Dubai Desert Classic title, ending the first round 10 shots off the hot pace set by South African leader Richard Sterne.

Jason Scrivener, Herbert's compatriot who had made such a fine start to the European Tour season with his second-place finish at the Abu Dhabi Championship last weekend, also suffered a disappointing first round.

Instead, the main initial Australian challenge in one of the Tour's flagship events came from the experienced '40-something' duo of Wade Ormsby and Scott Hend.

Herbert, who reckons his win at the Emirates Golf Club on Australia Day last year quite transformed his career, had been full of confidence going into his defence but he struggled among the early starters, recording a two-over par 74.

His round was marred on the inward nine by two bogeys which sandwiched a double-bogey seven at the par-5 13th.

Scrivener, fresh from his brilliant last round in Abu Dhabi which saw him grab his biggest-ever prize of AU$1.1 million as the runner-up, failed to find similar momentum as he produced a real mixed bag of three birdies, four bogeys and a double-bogey in his 75. 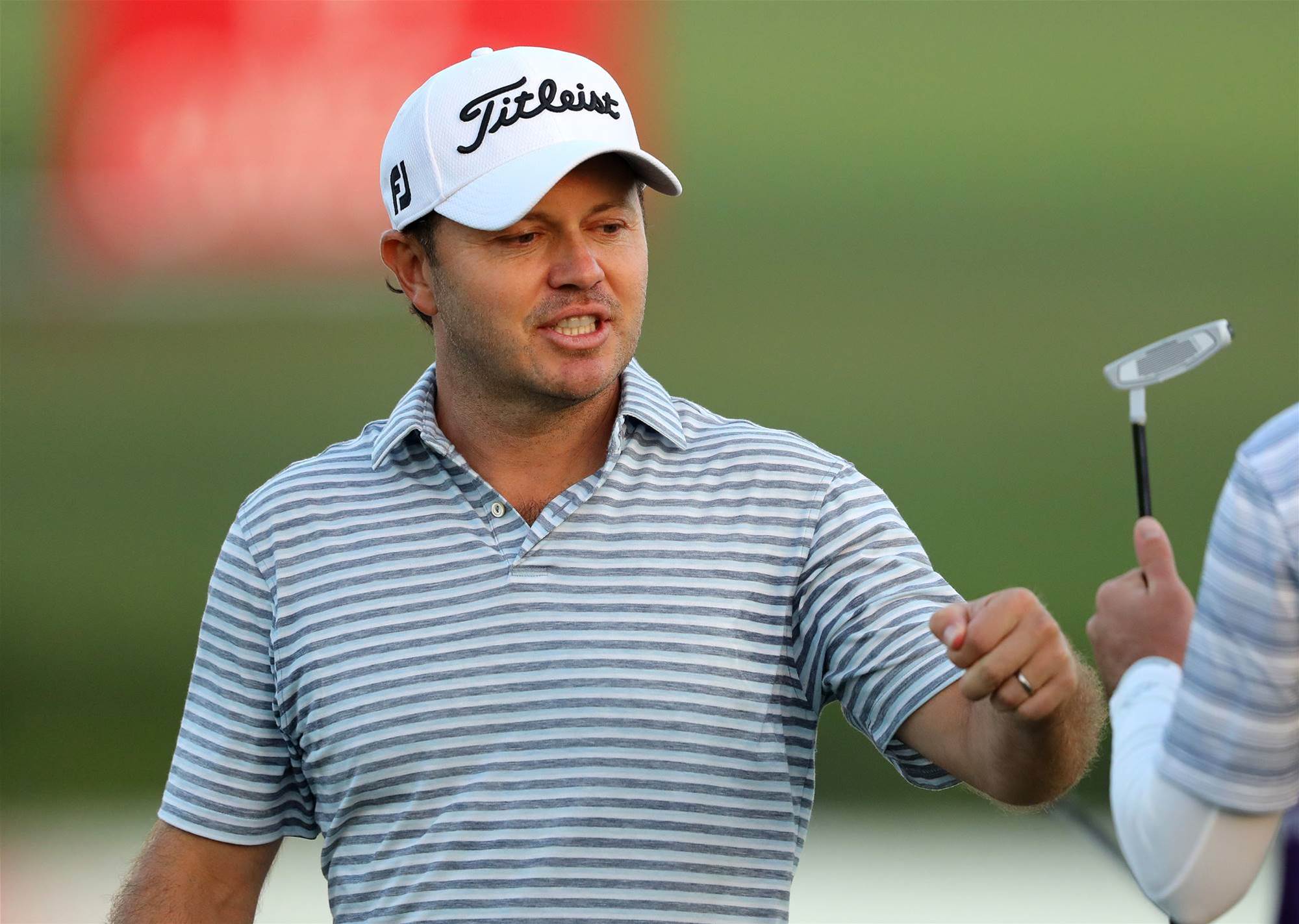 Richard Sterne leads after the opening round of the Dubai Desert Classic. PHOTOS: Warren Little/Getty Images.

But Adelaide's 40-year-old Tour veteran Ormsby, who made a bright start to the year with his 12th place finish in Abu Dhabi, continued the good work at the event he reckons is his favourite of the year.

Starting on the second nine, Ormsby recorded birdies at the 10th, 13th, 18th and 3rd holes with not a bogey in sight in his 68, which left him joint ninth.

A shot behind Ormsby came 47-year-old Queenslander Hend, who fired five birdies in his 69.

Garcia, another player now in the veteran stage at 41, was in fine form, carding six birdies in his bogey-free 66.

"The desire's still there," said the Spaniard.

"Obviously my focus, it's a little bit different than it was with family and getting married and having kids and stuff.

"But that doesn't mean that I'm not a competitor. I still love to compete. I love to practice, try to get better and that's what I try to do all the time."

Sterne, a six-time winner on the Tour, is looking for his first victory since 2013 and, back after missing most of last season after wrist surgery, is in fine shape after his nine-birdie round.

But last weekend's Abu Dhabi winner Tyrrell Hatton came down to earth with a bump, stumbling to an opening 76, which left him outside the top 100.