India’s veteran star Arjun Atwal is excited to tee up with Australia’s “young stud” Lucas Herbert in what will be his first PGA Tour start in six months at the Zurich Classic of New Orleans starting on Thursday.

Atwal, 49, will partner the 26-year-old Herbert at TPC Louisiana in the only official FedExCup event to feature a two-player team format. A total of 80 teams (160 players) will compete for US$8.3 million, with the first and third rounds using the Four-Ball format and the second and final rounds using Foursomes (alternate shot).

As India’s lone winner to date on the PGA Tour – Atwal triumphed in the 2010 Wyndham Championship – he is presently preparing for life on PGA Tour Champions (over-50 circuit) but the opportunity to play alongside Herbert, currently 46th in the world, was too enticing for him to pass over.

“I’ve been practicing and working out,” said Atwal, who now lives in Orlando.

“Lucas is a member at Isleworth too, and I’ve gotten to know him pretty well. And since I haven’t played in a while, I thought it would be nice to play my way back in a team format with a young stud like him ... he’s a really, really good player.”

Herbert found initial success on the DP World Tour by winning the 2020 Dubai Desert Classic and 2021 Irish Open before playing his way onto the PGA Tour. He then earned his maiden PGA Tour title by winning the Butterfield Bermuda Championship last October, which coincidently was Atwal’s last appearance on Tour where he finished tied 71st. 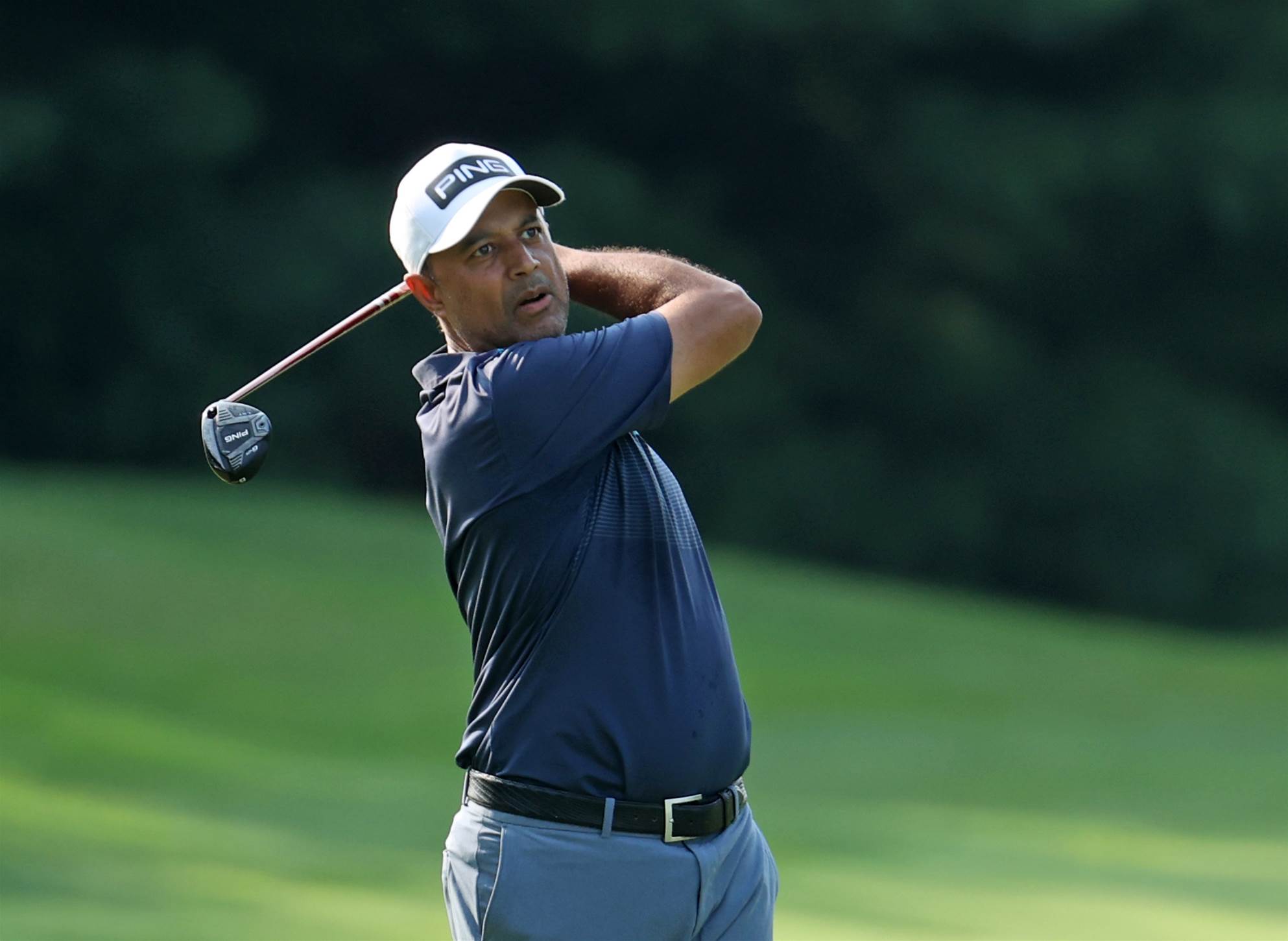 India's only ever PGA Tour winner, Arjun Atwal, will pair up with Lucas Herbert this week. PHOTO: Getty Images.

While Atwal has kept himself fit in preparation for life in his 50s, he has continued to keep close tabs on compatriot, Anirban Lahiri who is currently the only Indian with a full playing card on the PGA Tour. Atwal is also supporting his son, Krishen’s dream of trying to make it into the NBA. The elder of his two boys will complete his post-grad year at South Kent School in Connecticut.

“I’m looking forward to turning 50. I’ll get enough starts out there on PGA Tour Champions to do what I need to do,” said Atwal, who hits the half century mark next March. “Right now, we’re supporting Krishen’s dreams and goals as parents. He has set his path for himself, his work ethic is awe inspiring for even me! He’s going to be great in basketball.

“It was also really good for Anirban to have his best finish at The Players Championship recently. Congratulations to him on his biggest achievement!”

“Lucas is a member at Isleworth too, and I’ve gotten to know him pretty well. And since I haven’t played in a while, I thought it would be nice to play my way back in a team format with a young stud like him." - Arjun Atwal.

The Zurich Classic of New Orleans will feature a star-studded line-up. 2022 Players Championship winner, Cameron Smith is back to defend his title with partner and fellow Aussie, Marc Leishman. Smith, who won in the inaugural year of the team format in 2017 with Jonas Blixt, is the only two-time winner in the team format. Smith leads the Presidents Cup International Team standings, while Leishman is currently No.12.

Six of the top-10 players in the Official World Golf Ranking are also in the field, but only two of those players are teaming up; World No.2 Collin Morikawa and World No.4 Viktor Hovland will compete together for the highest-ranked pair in history of the team format.

2021 FedExCup Champion, Patrick Cantlay and Tokyo Olympics Gold Medallist Xander Schauffele team up for the second straight year after finishing T11 last season. The duo who have been paired together in the last Presidents Cup and Ryder Cup events, won both Foursome matches at the 2020 Ryder Cup. FedExCup and World No.1 Scottie Scheffler, who won the Masters recently, will pair up with Ryan Palmer, who won the event in 2019 alongside Jon Rahm.