Minister for Youth and Sport Richard Colbeck congratulated Hannah on winning the award and for her many achievements in the sport to date.

“Hannah is a true champion, having won the Women’s PGA Championship in spectacular fashion in June this year,” Minister Colbeck said.

“Sports stars like Hannah provide inspiration for all Australians, but particularly young women, to get involved in sport and follow their dreams.

“Sports stars like Hannah provide inspiration for all Australians, but particularly young women, to get involved in sport and follow their dreams.” – Richard Colbeck

“Our gifted sportswomen all deserve recognition for their achievements and I acknowledge all the other winners from tonight’s ceremony."

The Morrison Government provided $50,000 towards this year’s event, including for the Outstanding Woman in Sport Award.

Previous winners of this award have included boxer Skye Nicolson, skier Britt Cox, and rower Kim Crow, who have all represented Australia in elite competition.

“It has been fantastic to see the accelerated growth of elite women’s competitions in a broad range of sports in recent years.

“Our Government is delivering significant investment in sport that will benefit women across Australia, including $150 million to support the development of female change rooms at sporting grounds and community facilities.

“The Morrison Government will continue to deliver more opportunities for women’s participation and support for elite female athletes.”

In addition, the Government has invested in women’s elite sport, including $30 million through Netball Australia and $15 million for a high performance centre for the Matildas.

Over $2 million has also been delivered for the Women Leaders in Sport program to provide women with development opportunities to reach their leadership potential. 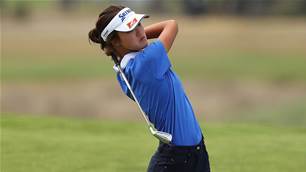