Tiger Woods says his former swing coach Hank Haney "deserved" his suspension from a radio show during which he made racist comments on the eve of the US Women's Open.

On Wednesday, one day before the US Women's Open began in Charleston, South Carolina, Haney predicted a Korean would win and admitted he could not name six players on the LPGA Tour but that he would get "a bunch of them right" if he guessed "Lee".

Haney was suspended from his SiriusXM PGA Tour radio show on Thursday while he also issued an apology.

Speaking at Jack Nicklaus' Memorial Tournament in Ohio on Friday, 15-time major winner Woods said: "He deserved (the suspension). You just can't look at life like that. And he obviously said what he meant, and he got what he deserved."

The outspoken 63-year-old Haney issued an apology after his comments ignited furious backlash from current and former LPGA Tour stars.

"He deserved (the suspension). You just can't look at life like that. And he obviously said what he meant, and he got what he deserved." – Tiger Woods

Haney – who coached Woods while he won 31 PGA Tour titles including six majors from 2004 and 2010 – sent a message to Golf Digest magazine admitting his comments were "insensitive".

"In an effort to make a point about the overwhelming success of Korean players on the tour, I offended people and I am sorry," Haney wrote.

"I have the biggest respect for the women who have worked so hard to reach the pinnacle of their sport, and I never meant to take away from their abilities and accomplishments."

Karrie Webb, a seven-time major winner, was among those who demanded "moron" Haney be sacked.

"Shame on you @HankHaney and Steve Johnson. @PGATOUR if you're truly serious about supporting the @lpga and growing the game these two morons won't have a voice anymore!" Webb posted on Twitter.

Current LPGA Tour superstar Michelle Wie posted on social media: "As a Korean American female golfer, these comments that Hank Haney made disappoint and anger me on so many levels. Racism and sexism are no laughing matter Hank ... shame on you." 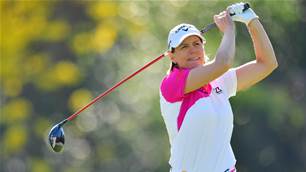 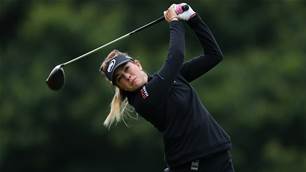 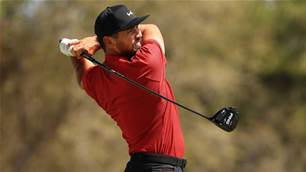